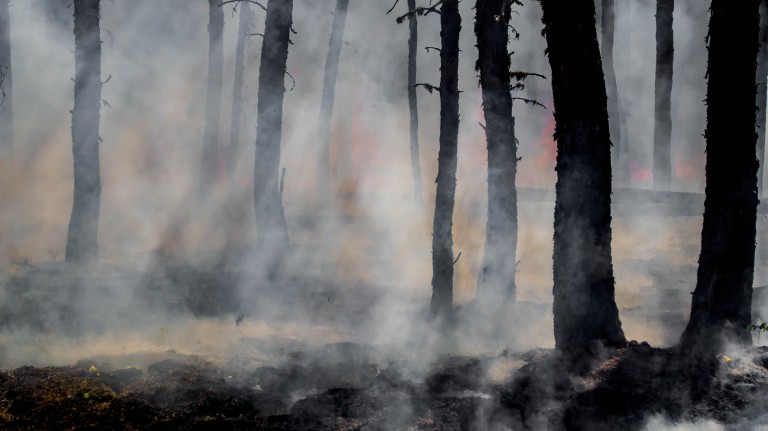 Nations are still pumping out more climate pollution despite their commitment to slashing emissions under the Paris climate agreement, according to the United Nations’ annual emissions gap report.

This means much “deeper and faster cuts” will be now needed to keep the planet from sailing past 2 ˚C of warming, the authors warn.

The numbers: Strong global economic growth drove up carbon dioxide emissions from energy use and industry by 2% in 2018, despite the increasing use of clean energy. That’s a record 37.5 billion metric tons, and there’s no sign these emissions will peak in the coming years, the report says.

Halting warming: We now need to take drastic action. To keep warming below 2 ˚C,  the world will realistically have to cut emissions 25% by 2030. Preventing 1.5 ˚C of warming would require a 55% reduction, a goal many energy and climate experts think is beyond reach.

The planet has already warmed by about 1 ˚C since the start of the industrial era. Every additional half a degree from this point forward only locks in greater dangers, ensuring increasingly severe heat waves, droughts, wildfires, species loss, sea-level rise, and more.

Transformational action: Most nations will need to commit to much faster rates of emissions reductions than they’ve agreed to so far—and, of course, actually follow through on them.

“Incremental changes will not be enough and there is a need for rapid and transformational action,” the report concludes. SOURCE

This is a climate emergency. It’s time to act like it.

From June 9-18, people from coast-to-coast-to-coast are taking action to stop the Trans Mountain pipeline and tanker project. Prime Minister Justin Trudeau and his Cabinet are expected to release their decision on whether they’ll approve the controversial project by June 18.

The Trans Mountain project could add 13 to 15 megatonnes of carbon emissions to the atmosphere, which would be like adding almost 3.8 million cars on the road. This will make it impossible for us to meet our climate targets, which are already far from the scale of emissions cuts that are needed.

As the Unist’ot’en Camp writes, “On January 7, 2019, the world watched in shock and horror as the unarmed Indigenous Wet’suwet’en were illegally forced at gunpoint to concede a checkpoint at the entrance to their unceded territories… The international community responded with a massive show of support and solidarity for the Wet’suwet’en protecting their land, with nearly 100 simultaneous demonstrations”.

Council chapters, supporters, and allies took action. It’s time to do so again.

The Unist’ot’en Camp is counting on supporters to mobilize in a big way for the next step in their legal battle. They write that “On the week of June 10, the BC Supreme Court in Prince George will hear Coastal GasLink’s petition for an interlocutory injunction. If they are successful, the interim injunction will be made functionally permanent, allowing CGL to continue with pipeline construction on Unist’ot’en territory without the consent of hereditary chiefs.”