Alberta Premier Rachel Notley unveils an ad they will be running in B.C. about the pipeline expansion in Edmonton, Alta., on Thursday, May 10, 2018. JASON FRANSON / THE CANADIAN PRESS

As an Alberta-born-and-raised earth scientist who has made a career studying fossil fuels and energy issues, I am dismayed at the bombardment of ads from the Alberta government on the Trans Mountain pipeline expansion.

One ad tells us:

“Canada’s economy loses out on an estimated $80 million dollars in economic benefits every day that the expansion is delayed. Trans Mountain changes that, providing an $80 million-a-day economic boost to our country, supporting thousands of jobs from coast to coast to coast.”

Every day? In fact, the earliest Trans Mountain could be completed is 2022. Two other pipelines under development, Enbridge’s Line 3 (due in late 2019) and Keystone XL (due in 2021) will provide twice the export capacity of Trans Mountain to higher-priced U.S. markets. Trans Mountain is intended to unlock new Asian markets.

The Trans Mountain delay is costing Canada nothing given that pipeline bottlenecks will be eliminated without it. Yet, a counter on the Alberta government’s Keep Canada Working website shows that (as of Feb. 15) the court-ordered shutdown has cost Canada $13.5 billion.

The differential between Alberta heavy oil (Western Canada Select/WCS) and the North American price (West Texas Intermediate/WTI) is normally about $15 per barrel. This is because WCS is priced at Hardisty and incurs a transportation cost of $7 via pipeline to Cushing, Okla., where WTI is priced. And because WCS is lower grade oil than WTI, it incurs a further quality discount of about $8 per barrel as it is costlier to refine. MORE

With Budget 2019, BC continues to be ahead of other provinces on climate action, but behind compared to the actual scale of the climate change emergency. As the United Nations recently warned, time is running out and a massive transformation is needed by 2030 to reduce emissions and limit the damage.

The budget provides $679 million in funding for the CleanBC climate plan that was announced in December.

These include a combined $81 million for home retrofits and efficiency upgrades for public buildings. There is also $42 million for extending BC’s rebate and incentive program for the purchase of zero-emission vehicles (ZEV) as well as $20 million to expand the network of electric vehicle charging and hydrogen fueling infrastructure. MORE 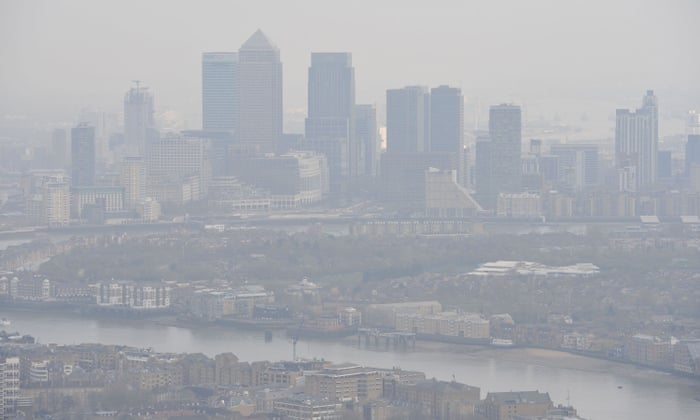 Climate change is the greatest risk to human health. For younger Canadians to thrive, we need to do everything we can to stop Earth from warming more than 1.5°C. The good news: one of the most important actions we can take is pretty common sense → don’t let pollution be free. It’s time to recognize that pricing pollution is a health intervention.

We call on our politicians to put a high price on carbon, to use the revenue to make other aspects of life healthier and more affordable, and to help Canadians make good money as we transition to a green economy. 😎

When the governments of Canada and Saskatchewan publicly squared off in court in Regina this month over the constitutionality of a federally imposed carbon tax, a lesser organization was quietly advancing its own case, on behalf of young Canadians and future generations.

The Intergenerational Climate Coalition, an intervenor in the case, argued that the Canadian government has a constitutional obligation to protect minorities, including future generations of children who stand to be negatively impacted by climate change.

“No jurisdiction, federal or provincial, should be able to use the constitutional division of powers to defeat other constitutional commitments to younger Canadians and future generations,” says Paul Kershaw, founder of Generation Squeeze, the lead of six organizations that form the coalition.

The Canadian government’s Greenhouse Gas Pollution Pricing Act of 2018 imposes a federal price on greenhouse gas emissions for any province or territory that does not adopt the federal program or implement its own carbon tax. The initial tax is $10 per tonne annually of carbon-dioxide equivalent, rising to $50 per tonne in 2022.

The preamble of the act states: “Parliament recognizes it is the responsibility of the present generation to minimize impacts of climate change on future generations.” MORE 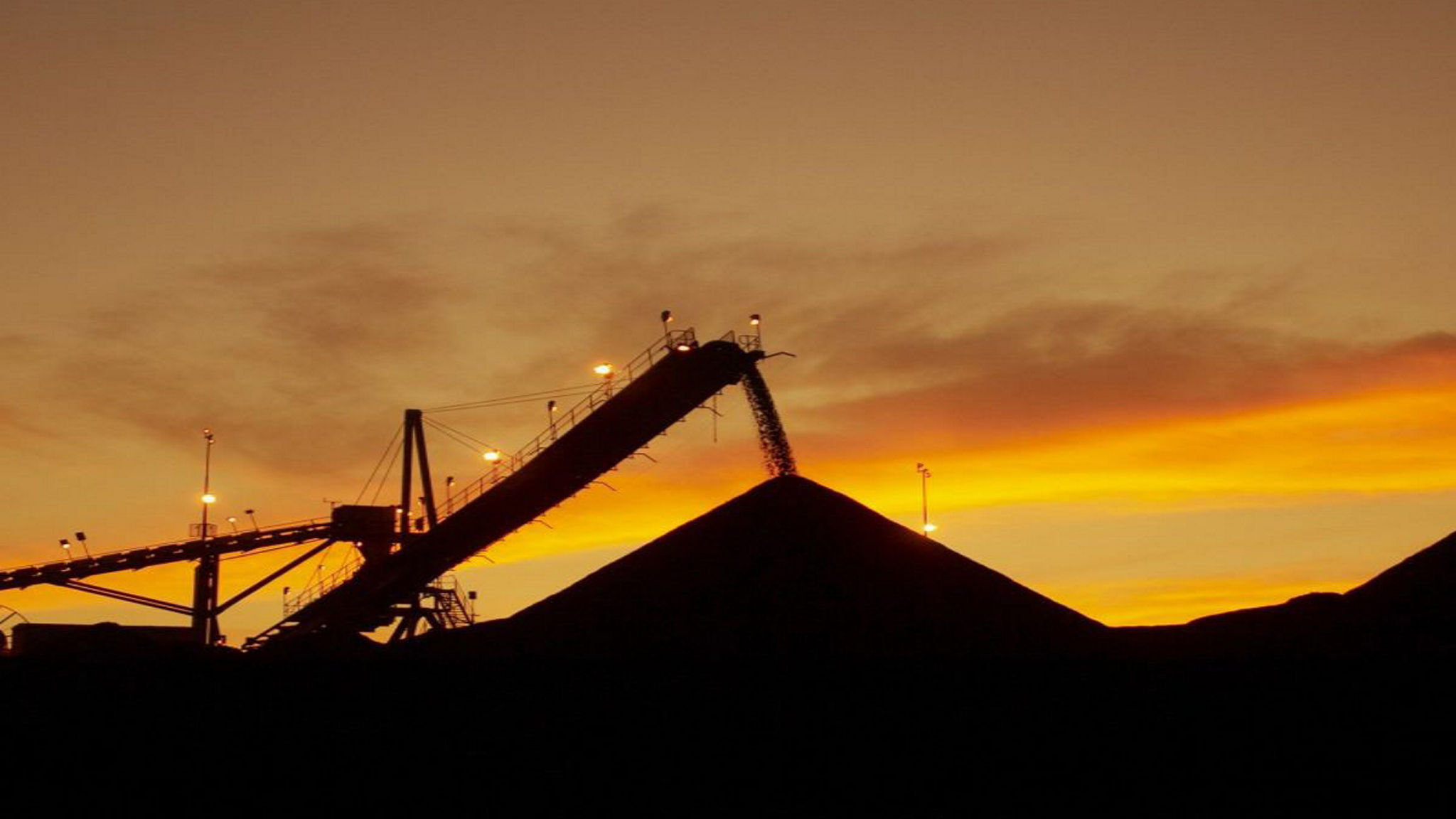 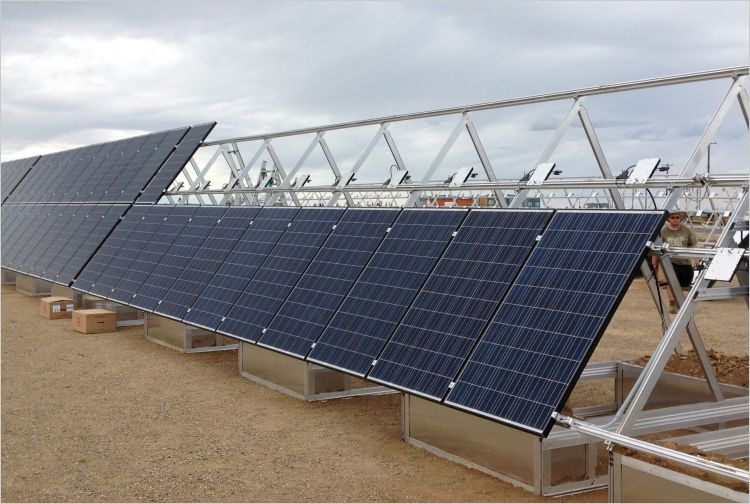 CALGARY — Binnu Jeyakumar, Director, Clean Energy at the Pembina Institute, made the following statement in response to the Government of Alberta’s announcement on its procurement of solar power:

“The Pembina Institute welcomes the Government of Alberta’s announcement of the results of the competitive process to procure solar energy for their operations.  This will mean the construction of 94 MWp of solar projects in Southern Alberta, and will almost double the amount of solar power in the province.

“This program takes advantage of the fact that Alberta has some of the best solar resources in the country, which can be taken advantage of concurrently when demand for electricity is high, and can also complement generation from wind facilities. In addition, minimal operating costs mean solar energy can help lower the wholesale price of electricity.

“The government used a competitive contract-for-difference process for this procurement, with an average price of $48.05/MWh, which is comparable to that of natural gas costs.  The long-term contract structure means Albertans will be protected against rising electricity prices. Meanwhile, any additional revenue from these projects is returned to government. MORE

The judge decries “the culture of complacency” that contributed to delays in the case.

Proceedings against former SNC-Lavalin vice-president Stéphane Roy were suspended on Tuesday because it has taken too long to bring him to trial.

Roy was charged in 2014 with fraud, bribing a foreign official and violating United Nations sanctions against Libya in connection with SNC-Lavalin’s operations in that country.

The third charge was later dropped.

Roy’s lawyers argued that the delay — it has been around 60 months since Roy was initially charged, and his trial was not scheduled to begin until late spring — violated his right to a speedy trial.

Judge Patricia Compagnone agreed, ruling that delay was unreasonable and ordering a stay of proceedings. MORE

What would a 10-year ban on federal contracts actually mean for SNC-Lavalin?

Canadians expect their government to work for them – yet when it comes to real action on the housing crisis, medication coverage for all or protecting workers, people are told to wait for help while corporate insiders are given a direct line to the Prime Minister. 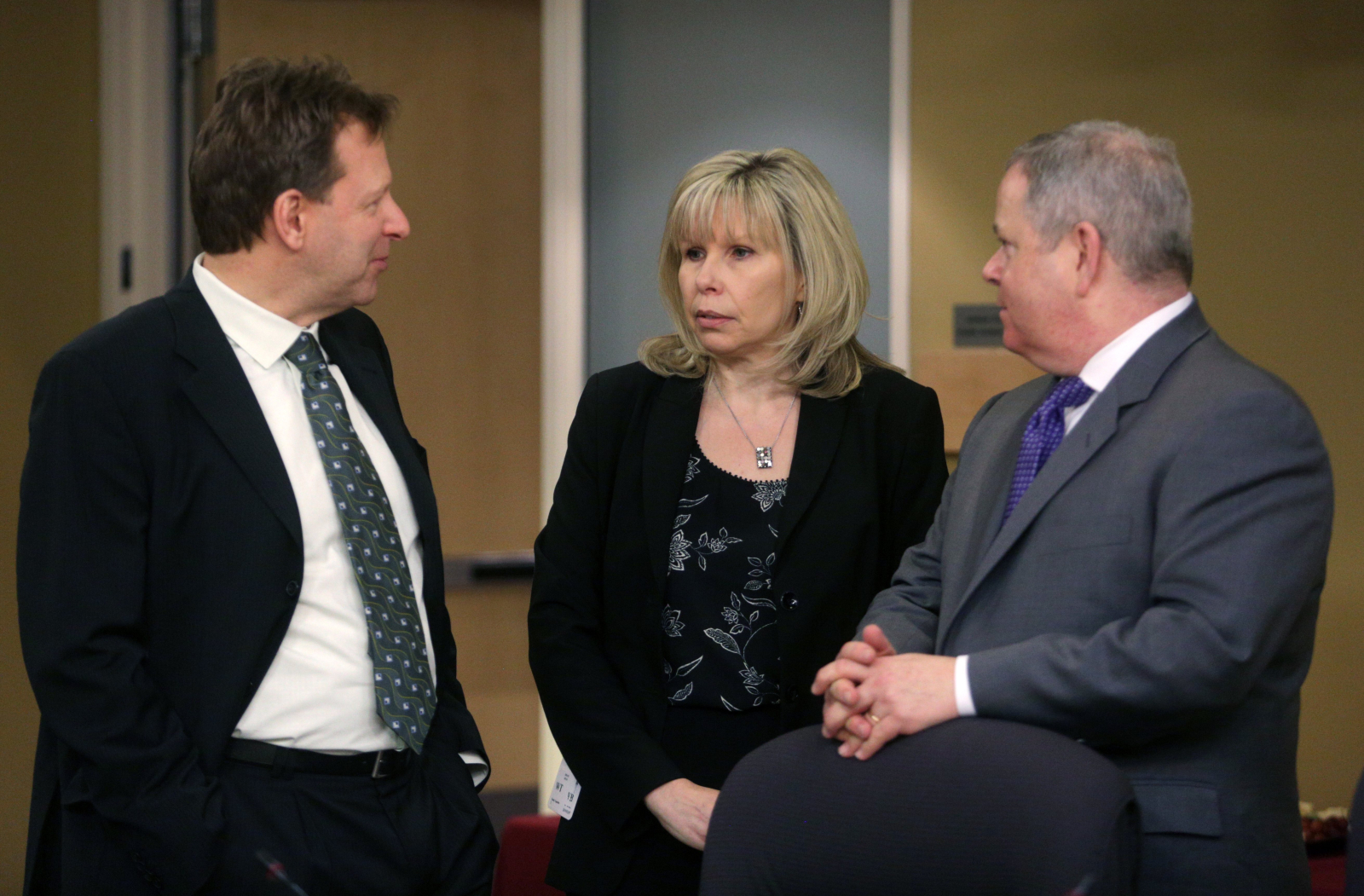 NEB chief environmental officer Robert Steedman chats with NEB vice-president of regulatory Sandy Lapointe and Jim Fox, NEB VP of strategy and analysis, prior to a Senate hearing in Ottawa on Feb. 7, 2019. Photo by Andrew Meade

Canada’s energy regulator, the National Energy Board (NEB), has dismissed a legal motion requesting that it consider all climate change impacts in its review of the Trans Mountain oil pipeline and tanker expansion project.

In a decision released on Tuesday, the regulator ruled out the motion from the environmental organization Stand.earth to “meaningfully consider the general impact” on greenhouse gas emissions and climate change associated with oil that would be transported on the proposed pipeline.

A separate NEB panel made an entirely different decision in 2017, requiring a larger evaluation of climate change impacts, during its review of the proposed Energy East pipeline, a project that was later terminated by its proponent, TransCanada.

The Trans Mountain project would expand an existing pipeline system, tripling capacity to transport up to 890,000 barrels of bitumen and other petroleum products from Alberta to a terminal in Burnaby, B.C. SOURCE

Thousands of young people in the U.K. are up in arms — not about Brexit, or the latest royal family gossip, but about climate change.

Students walked out of schools today in cities across the U.K., and other parts of Europe — the latest demonstration in what has become a global youth climate strike. This movement started six months ago when Swedish teen Greta Thunberg began leaving school every Friday to protest on the steps of her country’s parliament. Thunberg’s environmental activism is still going strong, and she has delivered powerful speeches to both the U.N.and the World Economic Forum on the urgency of climate change.

They want leaders in government to: