Social factors like anxiety, stress and structural racism all play a role. 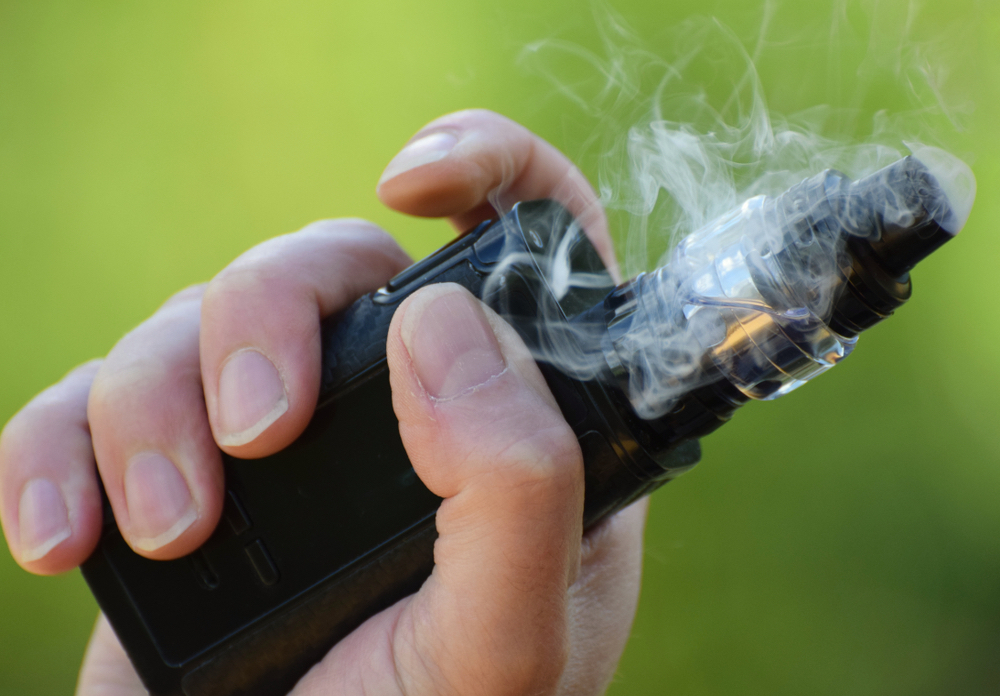 Youth vaping use has surged across Canada, researchers have found. Photo via Shutterstock.

New regulations to combat vaping in B.C., particularly among youth, are a welcome intervention amid surging youth vaping rates, but an expert says prevention will take more than educating young people about its risks.

The new regulations to implement last fall’s Anti-Vaping Action Plan were released last week after the pandemic bumped back their intended March roll-out.

Hailed by the province as the most comprehensive in Canada, the regulations include limiting the content of vaping pods to 20 mg/mL and relegating the sale of flavoured pods to adult-only 19+ stores.

All-ages stores, such as convenience or grocery stores, must only sell unflavoured, tobacco-based vape products, and all vape products must have plain packaging with visible health warnings, much like cigarettes.

The provincial sales tax rate on vaping products also rose from 7 to 20 per cent starting on Jan. 1 and vape products cannot be advertised in public spaces where youth are likely to spend time.

“Given the central importance right now of respiratory diseases and illnesses such as COVID-19 in our lives, I think it’s an important time to make this move,” said Health Minister Adrian Dix last week.

Dr. Laura Struik, a University of British Columbia Okanagan expert in youth vaping and smoking, said “from a health policy perspective, this is a great and encouraging step forward.”

Preventing youth from vaping is important because their brains are still developing into their mid-twenties, and nicotine predisposes a developing brain to long-term nicotine addiction, said Struik.

But a number of the new regulations could go further or even have adverse health effects that public health officials will have to monitor as the regulations take effect.

Struik applauds the limit on nicotine content but says that we may see people used to higher nicotine concentrations increasing the temperature of their vaping devices or prolonging inhalation to make up for the difference.

Currently, the most concentrated vape pod available is 66 mg/mL, triple what is allowed by the new limit.

“There are a lot of health risks to doing both of those things, and they can cause significant damage to the lungs,” said Struik, an assistant professor of nursing at UBCO. “So that’s just something that we’ll need to keep an eye on when these changes happen.”

Prohibiting ads for vape products in public spaces is important, but she says a more difficult but impactful step would be to prevent advertising online where youth and young adults spend much of their time.

Also key to combating youth vaping is involving youth themselves in education initiatives and in evaluating new policies, particularly because they face different and increasing stressors than previous generations did at their age.

The province’s action plan includes a provincial youth advisory group to develop and advise on future policy, a step Struik said is essential to understanding the “multidimensional and varied” reasons that youth vape.

Social factors like peer pressure, increasing stress from school and work, lack of sleep and anxiety around climate change, structural racism and other issues at the forefront may drive youth to cope using vape products.

“These factors can play a larger and sometimes overriding role in their decision to [vape], so if our education campaigns are only addressing the risk factors, and yet the social factor is playing a larger role, then we’re not really doing our job,” said Struik.

Leveraging ways that youth avoid vaping could help drive positive change, but Struik says there has to be an increase in resources to accompany the regulations if they are to be truly effective at curbing vaping addictions.

“It’s one thing to implement these regulations, but we also have to be ready to catch people on the other side and have programs and interventions in place to help hold them through this addiction,” she said. “And unfortunately, we are a little bit behind in that regard.”