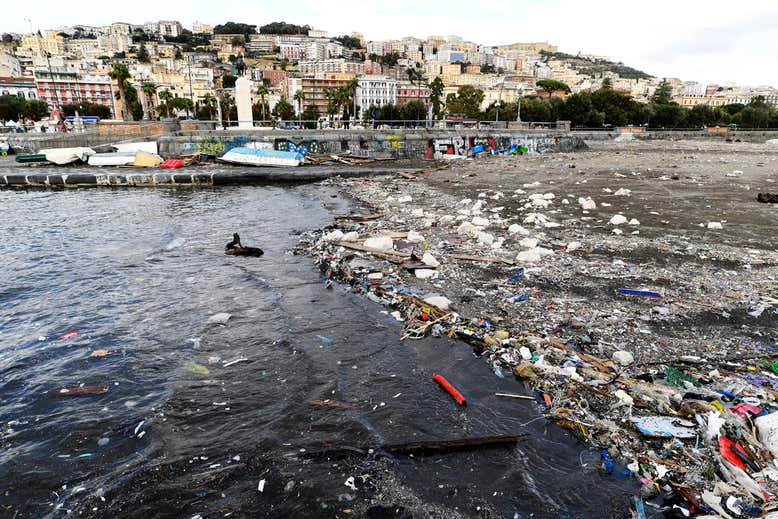 Plastic pollution is ubiquitous and growing, but knowing the best way to stop it has largely been a guessing game so far. Now, a study has found that if the world undertook every feasible action to cut plastic pollution, we would still only manage to get rid of 78 per cent of it by 2040, compared with a business-as-usual scenario.

This momentous effort would still leave us with an extra 710 million metric tonnes of pollution. Does that make the whole thing hopeless?

No, says Richard Bailey at the University of Oxford, who worked on the study. While a complete ban on plastics is unrealistic, there is still much we can do, he says. “The idea we would sit by and do nothing as this problem doubles on an annual basis – just imagine how much that means cumulatively in the ocean. It’s unimaginable we wouldn’t try to do something.”

Pollution aside, a war on plastic makes financial sense. The team found that its ambitious scenario would be about a fifth cheaper than business-as-usual, as the cost of more waste and recycling facilities would be offset by lower plastic production and selling recycled material.

Yet no single silver bullet, such as mass recycling, is enough. “Before our study, we still had uncertainty about maybe we can recycle our way out of this. What we found was there isn’t a single thing that we can say we can, ‘let’s just do loads of X’. We’ve got to do it all,” says Bailey.

Though it varies by region, the biggest savings at a global level come from curbing plastic use and substituting it for other materials, rather than from better recycling and disposal or from improving mismanagement of waste, though they are essential too. All the approaches and technologies covered by the study exist. “We are not asking for something new to be created,” says Winnie Lau at the Pew Charitable Trusts in Washington DC, who was part of the research team.

Julian Kirby at Friends of the Earth in London points to existing examples of plastic reduction, such as UK football club Arsenal saving 500,000 cups by switching from single-use cups to reusable ones. He believes approaches that depend on consumer demand, like refillable products, could now scale-up due to changing public attitudes to plastic pollution.

“There is a sense of momentum we’ve got with plastics now that means the Loop system has a chance of working,” says Kirby, referring to the US firm that delivers and takes away reusable containers and has just partnered with Tesco, the UK’s biggest supermarket.

When it comes to recycling, plastics split roughly into three groups. Bottles are mostly recycled in the UK because it is easy to do and there is an end market for the material. By comparison, pots, tubs and trays are tricky because they are made from so many polymers. Meanwhile, plastic films get contaminated, clog machines and have little end market.

Jacob Hayler at the Environmental Services Association in London says chemical conversion to break polymers down to individual compounds could help with pots, tubs and trays in future, but is too expensive for now. The study’s ambitious scenario assumes that 6 per cent of plastic waste reduction would come from this process, so investment would be required to meet that goal. Hayler says that if policies including the UK’s plastic tax in 2022 are implemented well, that would drive £10 billion’ worth of new recycling facilities in the UK by 2030.

Despite innovations and policy changes, some problems will remain. For instance, Lau says there isn’t yet an obvious fix for microplastics from car tyres, about a third of which were recently found to be ending up in oceans.

The coronavirus pandemic could also prove either a curse or a blessing. Plastic face masks are already turning up in oceans and coffee shops have halted use of reusable cups. “It feels like it’s going to make the problem worst in the short run because of more plastic use and potential for waste,” says Bailey. “The silver lining is it’s an enormous opportunity to change the system, to rebuild things in a different way.”