COVID-19 has highlighted our indifference to the fate of people — many Indigenous and Black — that we lock up. 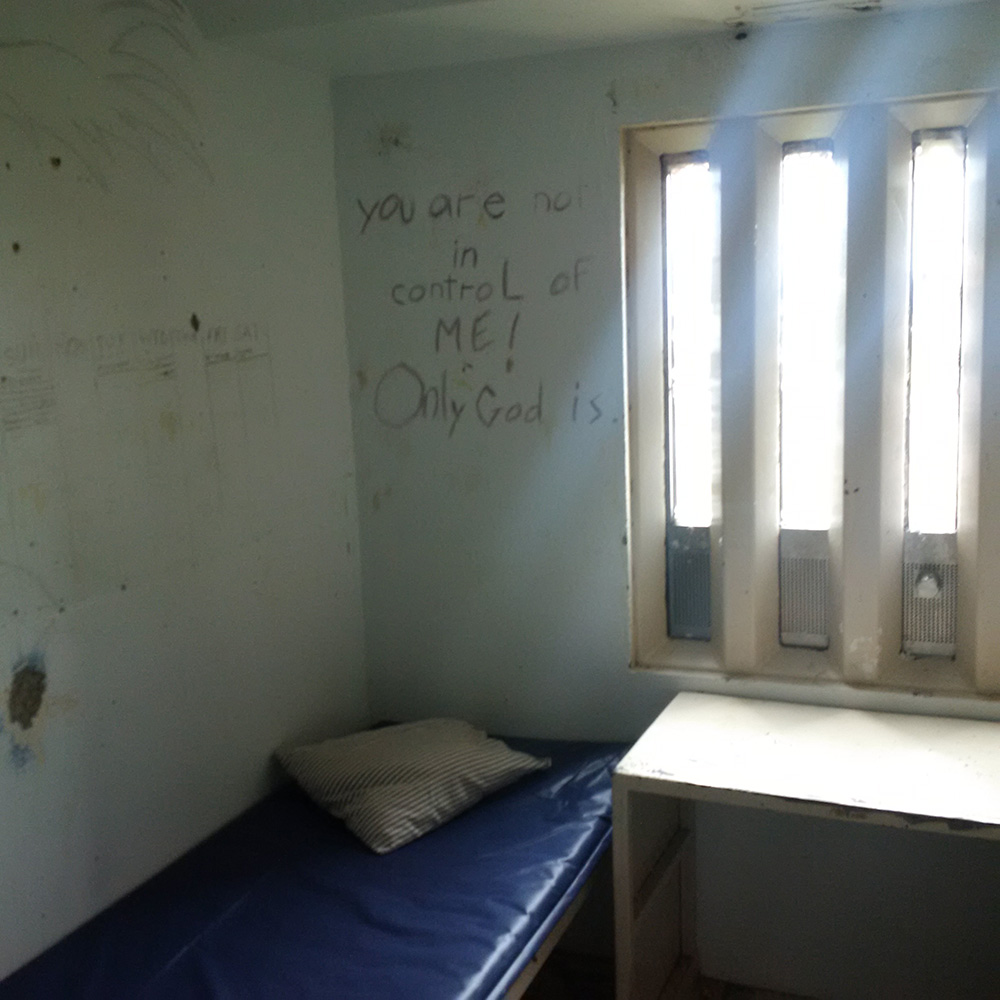 A cell in the Port-Cartier Institution in Quebec, the first prison in Canada to report cases of COVID-19. Photo from the Correctional Investigator of Canada.

Global uprisings in response to anti-Black police brutality have prompted demands to defund policing and reinvest in communities. But it is not just policing agencies that have a systemic racism problem. Canadian prisons do too.

Prisons are densely packed. Social distancing and adequate hygiene are impossible. Advocates suggest that depopulating them during the pandemic would reduce harm and save lives.

Yet the Ontario government recently announced it would funnel an additional $500 million over five years into maintaining and staffing prisons — despite anticipating a $20.5-billion deficit due to the COVID-19 pandemic.

The Saskatchewan government also recently announced it would spend $120 million to expand the Saskatoon Correctional Centre, while predicting a $2.4-billion deficit.

These developments are regressive. It is time to look at alternatives to imprisonment and set our sights towards abolishing prisons.

In Nova Scotia the judiciary, corrections officials and Crown and defence lawyers, along with community organizations, collaborated to cut the provincial prison population in half. As of June 16, Nova Scotia’s jail for women had only eight prisoners.

The quick action resulted in only one case of COVID-19 in Nova Scotia’s prison system.

Prison systems that did not heed the warnings of experts — like those in Ontario, B.C. and Quebec — saw widespread outbreaks.

She reports the people they support are mostly arrested for public intoxication, homelessness and mental health crisis. Imprisonment should not be the answer for these people.

The movement to abolish prisons is a creative project that replaces punishment, widely considered ineffective in reducing violence.

Decarceration is the effort to limit the number of people who are detained behind bars, either by limiting who is sent to prison in the first place or by creating avenues to release people already in custody.

In Nova Scotia, community groups (Coverdale Courtwork Society, Elizabeth Fry Society and John Howard Society) report it costs them $150 per person per day to keep someone housed in a hotel with legal, health and other services. Compare this with the $255 per day cost of keeping someone in a provincial jail.

Prison expansion is a step backward

The mass incarceration of racialized communities in Canada’s prisons reflects the country’s racial profiling and over-policing of Black and Indigenous people.

Decarceration offers a direct way to address the systemic oppression Canada has imposed on those communities.

Indigenous confinement has been described as “a national travesty” by the Correctional Investigator of Canada and prisons as “the new residential schools” by criminologists. African American literary and cultural historian Saidiya Hartman calls the high rate of imprisonment the “afterlife of slavery.”

About 800 people in the federal prison system have tested positive for COVID-19. Several prisons had massive outbreaks, and two people have died.

While the federal government claimed it had released hundreds of people during the pandemic, in reality there is only evidence that it released one person.

The recent announcements about Ontario and Saskatchewan investing more dollars into prisons come amid pressing need for investments in health. Despite its promise, Nova Scotia’s decarceration initiative is at risk of imminent defunding.

The Parliamentary Black Caucus, including MPs and senators from various parties, called for public investment community justice strategies as an alternative to prisons.

Indigenous leaders in British Columbia called for the release of as many people as possible, with support plans for housing, financial aid and community safety.

Prison abolition may sound like a radical new idea, but people have been working toward it for decades. Black feminist theorists including Angela Davis, Ruth Wilson Gilmore and Mariame Kaba helped put this vision into practice by providing language, organizations, initiatives and resources.

We can defund police and prisons instead of ticketing people for being outside in this pandemic, snitching on our neighbours, tearing down tents, criminalizing people in mental health and addictions crisis and profiling Black and Indigenous peoples.

Prisons are too broken to reform. If Canada is serious about dealing with racism, then the abolition of both policing and prisons is the way forward.

Martha Paynter is a PhD candidate in nursing at Dalhousie University.

Nataleah Hunter-Young is PhD candidate in communication and culture at Ryerson University.