Only 2.7% of remediation applications approved, according to industry survey 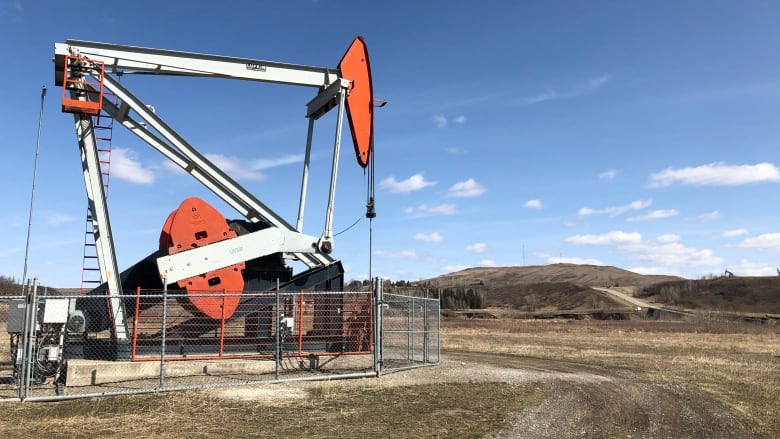 Of the $1 billion from Ottawa to clean up abandoned oil and gas wells, the Alberta government had awarded about $76 million, as of mid-July. (Meghan Grant/CBC)

When the Alberta government began accepting applications May 1 for the first phase of its $1-billion program to clean up old oil and gas wells, Adam Dunn and his colleagues at Earthmaster Environmental Strategies spent more than 500 hours preparing and filling out the paperwork.

The Calgary-based remediation business also began hiring extra staff with the expectation of increased work resulting from the government program.

In total, Dunn and his colleagues submitted 372 applications. But so far, they have received 20 approvals, 340 rejections and a dozen remain outstanding.

The program was designed to provide work for the service sector during the downturn and put a dent in the tens of thousands of inactive oil and gas wells throughout the province.

Still, the process has been tough, said Dunn, because all the effort spent applying for the program is time that was largely wasted.

Many staff at Earthmaster have since had their hours reduced, and unless improvements are made to the program soon, Dunn said there may be layoffs.

“I get the ‘back-to-work’ aspect of the program, which is the frustrating part. We’re three months from Phase 1 opening applications and we’re just getting through that process now,” he said.

Many other companies in the reclamation and remediation industry are in a similar position and want the provincial government to pay more attention to their sector.

Alberta launched the site rehabilitation program to distribute the money it received from the federal government as part of Ottawa’s $1.7-billion program to clean up oil and gas wells in Western Canada, which was announced in April.

The program has been plagued with delays as the government was overwhelmed by the response of industry. It has struggled to process more than 35,000 applications.

Some complaints by the remediation industry are similar to those by oilfield companies, including the confusing application process, poor communication by the government and long wait times.

On average, those in the remediation sector say only 2.7 per cent of their applications were approved, according to a survey released on Thursday by the Environmental Services Association of Alberta.

Many companies aren’t sure why some applications were approved and others were denied. Dunn said the same wording was used for all his applications, which doesn’t explain the inconsistent results.

“We really don’t know why they were rejected because there’s no direct response saying specifically what the issue was,” said Dunn. “That’s a concern for us. We want to make sure that we can get this right.”

More than 80 per cent of respondents to the survey also said they have lost work because of the program, since the companies that own the oil and gas wells are holding back on spending their own money on cleanup efforts, as they first try to get a piece of the government funding.

Delays, confusion and little work as Alberta government disburses $1B to clean up old wells

Some concerns are unique to the remediation sector, including the provincial government’s decision to include only oilfield industry groups as part of its industry advisory committee for the program. In addition, the government also decided to prioritize any leftover money from the first phase of the program to go toward oilfield companies that do the downhole work required to clean up a well.

The well would still need to be reclaimed, which includes testing the soil and groundwater for contamination and returning the site back into a productive property for farmers and landowners to use once again.

“Our membership does have some concerns,” said Kelly Zadko, president of the Alberta chapter of the Canadian Land Reclamation Association. The organization has written letters to the government, including one last week.

“The [government’s] industry advisory committee is made up of well servicing companies and companies that specialize in downhole abandonment and we feel that they’re missing that professional environmental rehabilitation piece that we can contribute,” she said.

About 150 government workers are assigned to help administer the program.

“Abandonment and reclamation work go hand in hand while cleaning up an inactive well — one cannot be done without the other,” said Kavi Bal, the spokesperson for Sonya Savage, Alberta’s energy minister, in an emailed statement.

Bal said the Environmental Services Association of Alberta will be added to the program’s industry advisory committee.

In addition, grants for reclamation efforts were awarded in the first phase of the program, he said, and the third phase remains open for new applications.