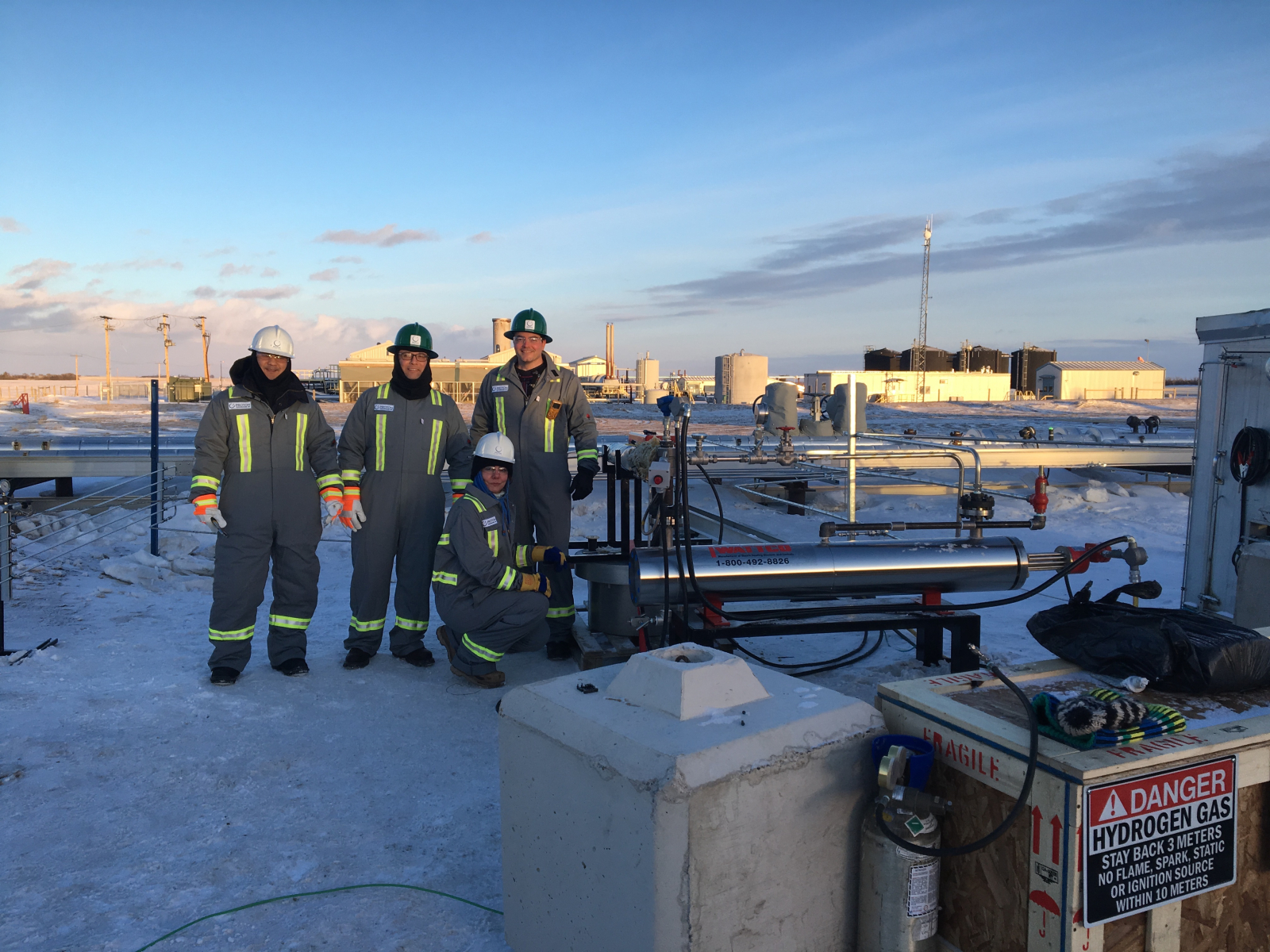 A hydrogen production pilot project in Saskatchewan could be the start of a new resource economy in Canada, industry insiders say.

“We plan to supply 10 per cent of the world’s energy needs in the form of exported hydrogen by 2040,” Proton Technologies CEO Grant Strem told Canada’s National Observer.

First of its kind in the world, Strem’s method can extract hydrogen from orphaned oil wells and repurpose oilfields to produce close to zero-emissions fuel.

The new extraction method is being tested near Kerrobert, Sask., and could change the way we power our economy.

“This project already employs 14 people in the Kerrobert area and has the potential to employ up to 30 people by the end of the year, and lead to further economic diversification and growth, despite these challenging times.”

The hydrogen market is expanding globally, with increasing use in power generation, transportation fuel and feedstock in the chemical industry.

“As a chemical feedstock, oil will always be necessary, but as an energy product, I think it will be priced out of the market in the next five to 10 years,” Strem said.

Strem said that Proton’s technology is a combination of existing technologies that are currently used in oil extraction, but refurbished to extract hydrogen, in a near zero-emissions process.

“If this technology is proven effective in the pilot stage, it could lead to the large-scale development of hydrogen from oil and gas reservoirs in Saskatchewan,” Saskatchewan Energy and Resources spokesperson Robin Speer

His company developed a way of getting at the hydrogen byproduct of oil extraction, which until recently has been ignored by industry in Canada.

One of the techniques that has been used in the oil industry is to inject oxygen into an oilfield. Historically that’s been done to warm up the oil so that it flows more easily. Every project produces hydrogen as a byproduct.

Proton’s technology is unique because it extracts the gas directly from underground water, using bitumen to free hydrogen from water before the hydrogen is extracted in its pure form, leaving associated pollutants such as CO2 underground.

Strem said Canada, because of its vast underground energy reserves, is uniquely positioned to become a global leader in clean energy production through the new extraction process.

“We already have the systems in place to make the switch,” he said.

Analysts at the Pembina Institute, a Canadian think tank that advocates for a clean energy transition, say that the technology, while promising, has not been fully tested yet.

“Technology that is capable of turning an existing high-carbon product like bitumen into zero-carbon hydrogen, while leaving the carbon dioxide byproduct stored in the ground, is exactly the kind of innovation we need for zero-carbon jobs and energy systems,” Benjamin Israel, senior fossil fuels analyst at the Pembina Institute said.

“To be validated as a zero-carbon technology, this new technology would have to go through a full life-cycle assessment of environmental and social benefits and risk,” Israel said.

The pilot project is the first full deployment of Proton’s technology, and the first time the project’s emissions performance can be measured in the field.

“If life-cycle assessment of this technology demonstrates it can reach its potential, then there may be more energy production in the future for orphaned wells, as well as wells reaching their end-of-life at large. Environmental concerns with the oilsands industry extend beyond orphaned wells, however.”

Israel said that “at the end of the day, carbon intensity is key,” and that they will have to demonstrate that their technology permanently sequesters emissions underground. 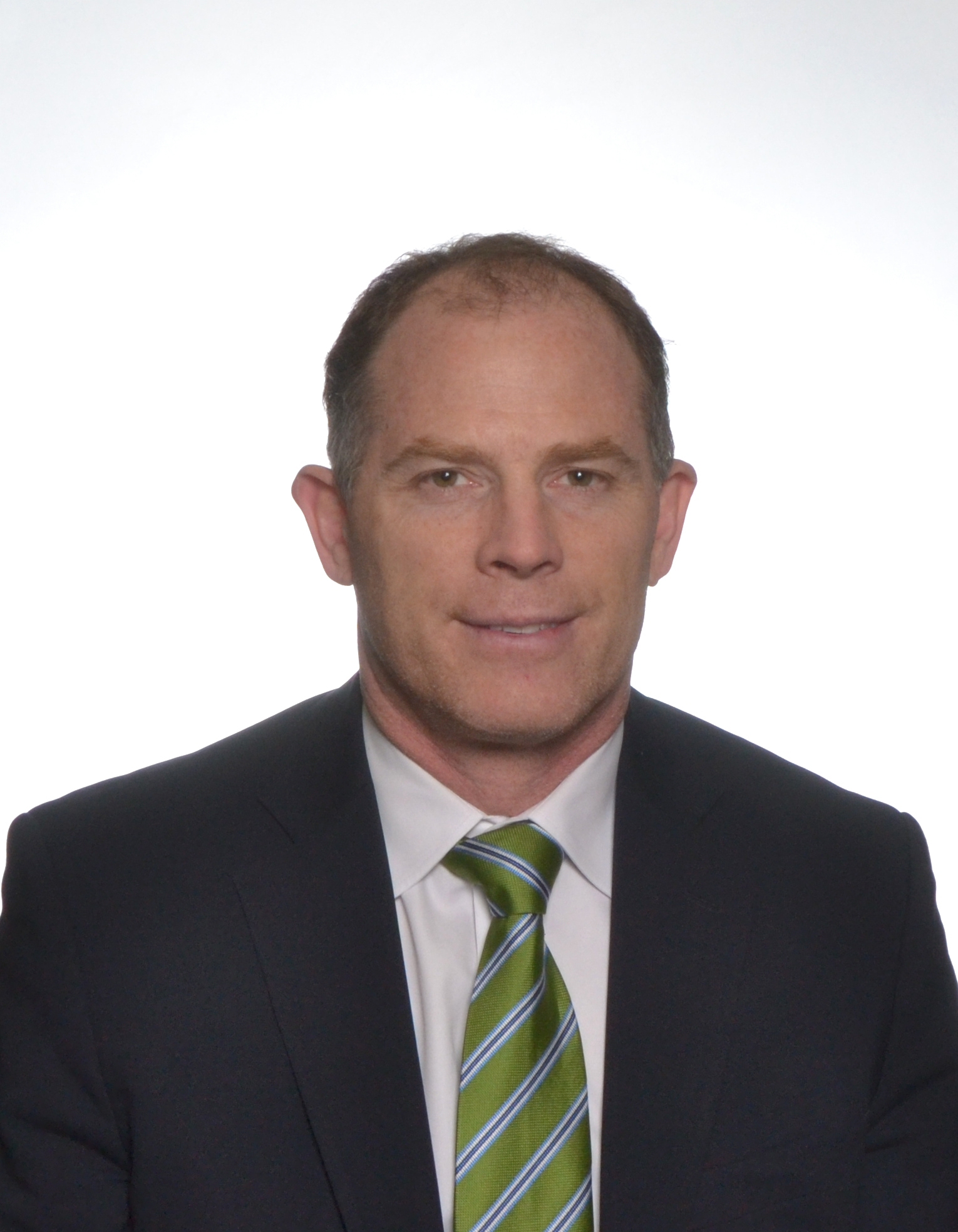 Transition Accelerator CEO Dan Wicklum said that shifting the narrative on renewables to a positive one is key to de-risking potential investors across the supply and demand chain. Photograph courtesy of Dan Wicklum.

But a slam-dunk on the technology side isn’t always an automatic win according to Transition Accelerator CEO Dan Wicklum.

“We have this assumption that if we get the economics right and the technology right then all of a sudden we will go through this energy transformation, but it ignores the social component,” Wicklum said.

Wicklum’s Alberta based company is focused on building up the supply and demand chain for hydrogen fuel as the world transitions to cleaner energy systems. Right now he is working on laying out a step by step pathway to a hydrogen-based economy.

Wicklum said it’s important to be able to present clean energy through a positive lens to get investors onboard.

Saskatchewan Energy and Resources spokesperson Robin Speer said that if Proton’s technology is proven effective, repurposing oil and gas wells to support hydrogen production could help optimize the value generated from Saskatchewan’s natural resources as well as support economic growth in the province.

“Hydrogen is expected to play a significant role in the world’s future energy mix, as countries strive to achieve net-zero emissions goals by 2050, so hydrogen production, processing and exporting in Saskatchewan could lead to significant economic impacts,” Speer said.

But even if innovation makes hydrogen a more cost effective fuel source, there are barriers to commercialization that need to be addressed before hydrogen can be broadly adopted.

Existing standards for gas pipelines, furnaces and boilers would likely need to be revised before they can handle large volumes of hydrogen being blended into the natural gas stream.

“If this technology is proven effective in the pilot stage, it could lead to the large-scale development of hydrogen from oil and gas reservoirs in Saskatchewan,” Speer said.

Hydrogen could reduce the cost of power and the emissions associated with traditional power generation allowing the oil industry to “grow faster, meet their environmental management objectives and obligations, and operate more efficiently,” Speer said.

Speer said if the project goes full scale, Saskatchewan residents “would be hired for facility construction and ongoing operations.”

He said that employees with experience in Saskatchewan’s oil and gas sector have many of the transferable skills needed in the hydrogen sector, especially for Proton’s subsurface technology.

He said that the application of this technology to extend or renew the life of mature oil reservoirs can reduce or delay the need for future well site closure.

That would help the oil and gas industry manage liability and risk associated with maintaining abandoned operations like orphaned wells.

“As it happens someone else’s abandonment liability is our opportunity, so that’s a natural thing. We’re not doing it just to fix an abandonment problem, we’re doing it so that we can make significant volumes of hydrogen and sell it,” Strem said.

Strem said that shifting to Proton’s method of extracting hydrogen will help Saskatchewan, and Canada, make a smooth transition to clean energy, and keep existing infrastructure in place while employing oilsands workers.

But that change doesn’t come without a lot of facility upgrading.

“Our process is very different since we’re not targeting oil production. We’re converting the oil facility to be more of a hydrogen facility,” Strem said.

Speer said that hydrogen is an “intriguing opportunity” in part because it is an existing commodity that industry already understands how to handle. It is currently shipped by pipeline, truck, rail and ship.

“Economic development and environmental stewardship can go hand-in-hand and Saskatchewan can be a global leader in supporting the technologies that are needed to create the global energy sector of the future,” Speer said.

Speer said that the Saskatchewan Petroleum Innovation Incentive, through which Proton Technologies is operating, was designed to capture the developmental life cycle of an innovation, which may also limit the risk of competition.

“Saskatchewan is really well-positioned to maintain leadership in this industry”