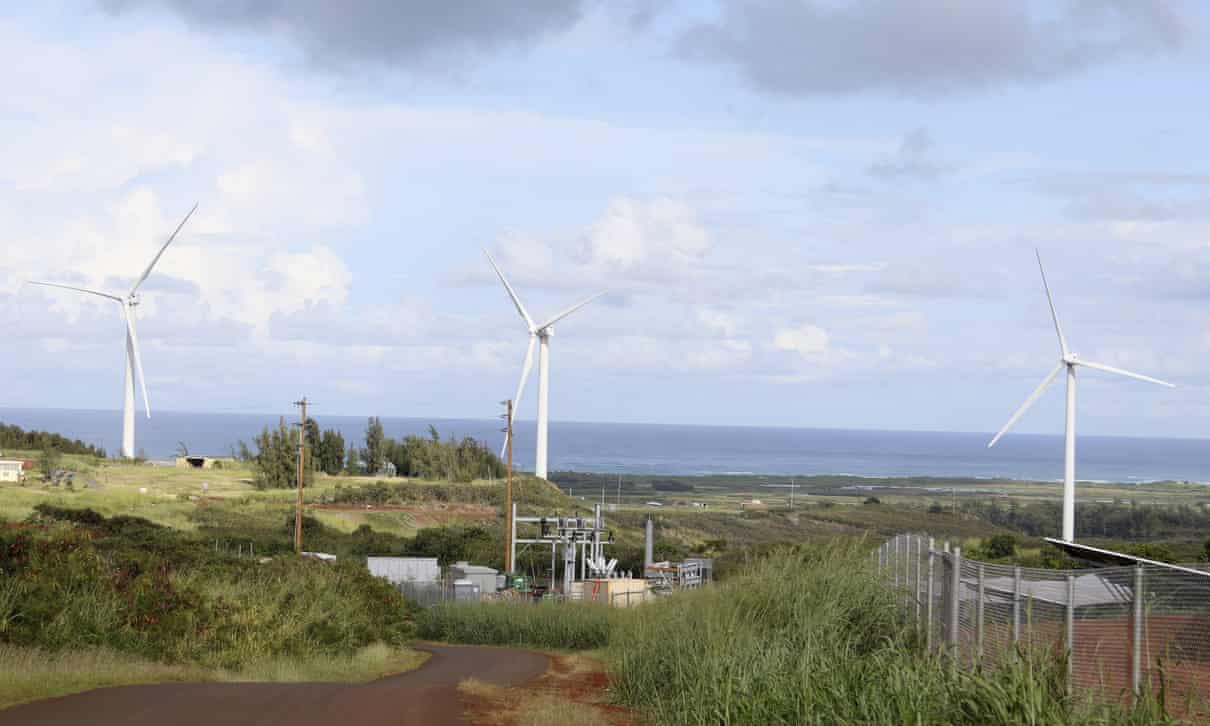 Wind turbines near where protesters are fighting against the construction of eight other taller turbines in Kahuku, Hawaii. Photograph: Jennifer Sinco Kelleher/AP

Joe Biden’s $2tn plan to eliminate all greenhouse gas emissions from the US electricity grid within 15 years has been applauded by climate campaigners, but the enormous overhaul will have to pick its way through a minefield of community as well as lobbyist opposition.

The presumptive Democratic presidential nominee has touted millions of new jobs in a clean energy economy where electric vehicles, retrofitted buildings and renewable power generation help phase out emissions from fossil fuels. A Biden presidency would aim to spur tens of thousands of new wind turbines and millions of new solar panels across the US to rapidly scale up zero-carbon energy.

Should Biden defeat Donald Trump in the November’s presidential election, however, the sheer scale of the energy transformation risks a backlash from communities unhappy with the nearby placement of new solar and wind infrastructure.

“We must decarbonize, but that’s not the only metric. We need to care about other environmental and social impacts too,” said David Keith, a climate and energy expert at Harvard.

In 2018, Keith co-authored research that found America’s transition to solar and wind would require up to 20 times more land area than previously thought. Land development was particularly significant for wind, which has an average power density – measured in watts per meter squared – that is 10 times less than solar.

“Wind turbines are wonderfully efficient and we shouldn’t abandon them, but we should take their footprint seriously,” Keith said. “You should tilt the energy system towards low land footprints, which means focusing on solar, nuclear and carbon capture and storage, with wind at the margins.”

An incoming Biden administration would not only have to help navigate concerns over the placement of clean energy infrastructure, but also a massive new network of transmission lines required to bring solar and wind energy from remote areas to power homes and businesses.

Biden will need to be clear there will be local decisions people won’t like. We can’t pretend this is going to be easy —David Keith

The fiercest opposition to energy construction has until now centered on pipelines for fossil fuels such as oil and gas, with the Trump administration suffering recent court setbacks to its hopes of pushing through a number of projects that climate campaigners say will help push the world closer to catastrophe through disastrous global heating.

But protests have also started to flare around some clean energy projects, such as a Virginia community opposed to a huge solar farm 60 miles south of Washington DC, or demonstrations in the Hawaiian island of Oahu over new wind turbines that led to more than 100 arrests late last year.

“It’s not fair that AES [the company behind the wind project] can just build these monsters in our backyards, rake in all the money from them and leave us to live with the eyesore and all the side-effects,” said Kryssa Stevenson, one of the Oahu protesters, in December.

Objections to wind and solar projects range from complaints they are an eyesore and harmful to property values, to largely debunked claims they are dangerous to public health. Trump has attacked “windmills” for causing a “bird graveyard” for flying animals.

There are also broader environmental concerns over the land consumed for solar arrays or wind turbines. For example, conservationists have raised objections to the development of solar energy in the Mojave desert due to the threat posed to the desert tortoise, a creature that can live up to 80 years. 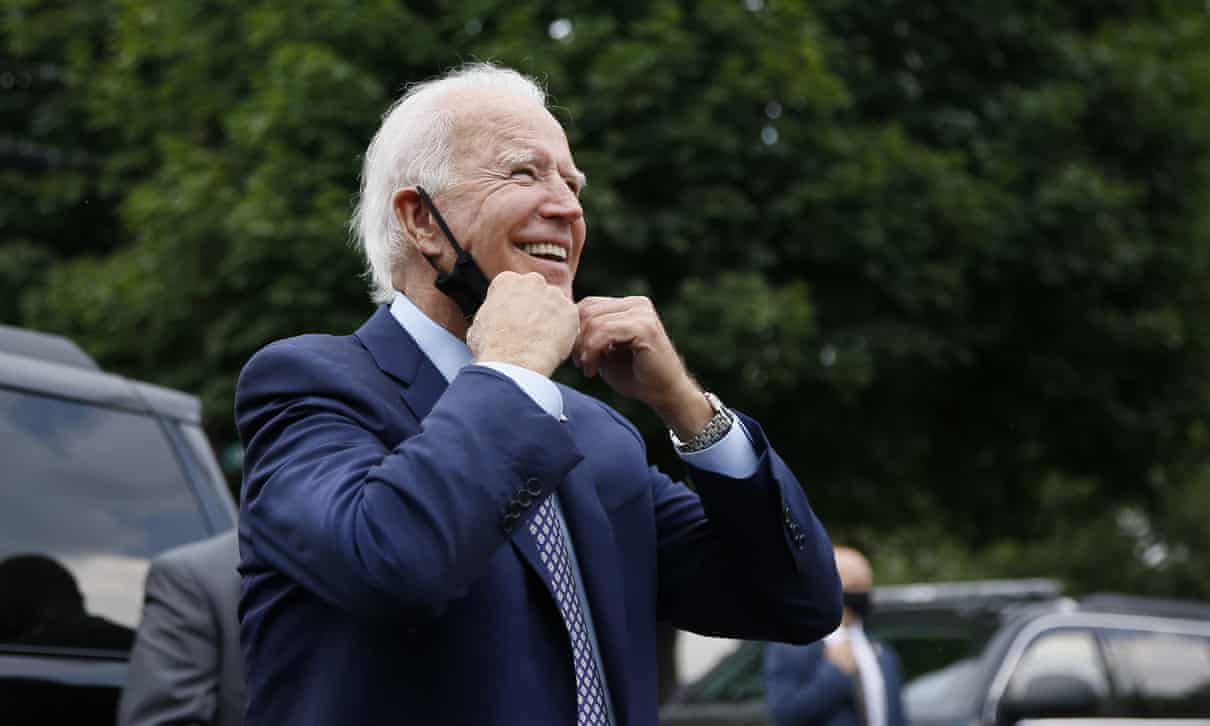 The US has repeatedly seen renewable energy infrastructure “sited and constructed in places that have led to a significant loss of biodiversity”, said Rebecca Hernandez, co-author of a recent University of California, Davis study that found the development of the Mojave imperils cacti and other desert plants. “We need land for energy, food and conservation – how will we make sure we allocate enough for each on an increasingly hot and full Earth? We make prudent decisions about where we put our renewable energy.”

Ultimately, however, the impacts of a surge in renewable energy construction may have to be weighed against an alternative where emissions are not cut and the US is roiled by unbearable heatwaves, failed crops and increasingly powerful storms.

“It’s important that the Biden plan is technology neutral, so communities can pick their path to zero emissions,” said Melissa Lott, senior research scholar at Columbia University’s Center on Global Energy Policy. “A portion of the country will oppose this but that’s the case for anything that is built. On balance, are these impacts better than a carbon-intensive grid that will cut thousands of lives short? The answer is an unequivocal yes.

“Getting to zero carbon for the power sector by 2035 is ambitious, it’s difficult, but it’s achievable with policy support. Every year we wait will make it harder to do. We have a narrow window in the next nine or 10 years to get everything running, and fast.”