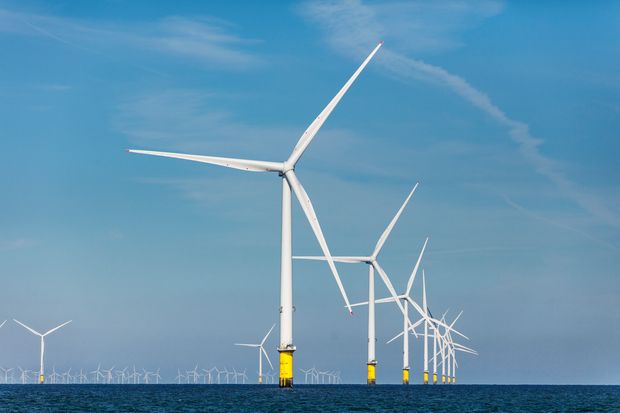 Danish energy giant Ørsted is shifting from oil and gas to become the world’s biggest developer of wind farms.

The stock (ticker: ORSTED.Denmark) could blow higher on the back of coronavirus as countries rebuild their economies in more environmentally focused ways. The European Union’s 750 billion euro rescue deal agreed on July 21 includes some requirements to expand the green economy.

Ørsted is also partway through a $30 billion investment plan to move away from fossil fuels to become one of the few future renewables majors. The Danish state holds a 50.1% stake in the company.

The Covid-19 crisis could boost Ørsted as its more challenged and leveraged rivals pull out of bids for renewables projects, wrote John Musk, an analyst at RBC Capital Markets, in a report this month.

Subsidies introduced by different countries that encourage a shift to green energy could also boost the firm, with Japan and Poland likely to announce details of their subsidy regimes later this year.

“The world’s most sustainable company will continue to deliver profitable growth ahead of its own guidance and market expectations,” he wrote in a July note.

“We see upside risk to our current win-rate and profitability assumptions, which if realized could lift the share price to above DKK1,000/share over the next couple of years,” he wrote.

In January, it posted an annual pretax profit of DKK8.8 billion in 2019, down from DKK23 billion in 2018, when it benefited from a one-off gain in selling a United Kingdom wind farm. Sales for 2019 were DKK67.8 billion.

CEO Henrik Poulsen, who announced plans to step down, said in a statement, “Ørsted maintains a leading position in the global high-growth market for green energy.” He added, “We are well on track to deliver on our financial targets of 20% average growth in profits from operating renewable assets for the period 2017-23.”

Dansk Olie og Naturgas was founded in 1972 and generated 85% of its energy from coal and oil, and 15% from renewables. In 2009, it committed to switching this over a 30-year period. In 2017, it divested its oil and gas assets and changed its name to Ørsted—after Hans Christian Ørsted, one of Denmark’s best-known scientists and innovators. Last year, the company announced that it had achieved its switching goal 20 years early. It now has a 30% market share and producing assets in five countries, with six onshore wind farms in the U.S. and 12 in the U.K.

It has a strong balance sheet, with liquidity of DKK30 billion, and it benefits from a raft of future contracts that have already secured 80% of the estimated earnings before interest, taxes, depreciation, and amortization, or Ebitda, from 2020 to 2040. These earnings are protected by fixed-price contracts with governments in developed markets or large corporations, according to Kristiansen.

If Ørsted continues to deliver under new leadership, its shares could have the wind at its back.