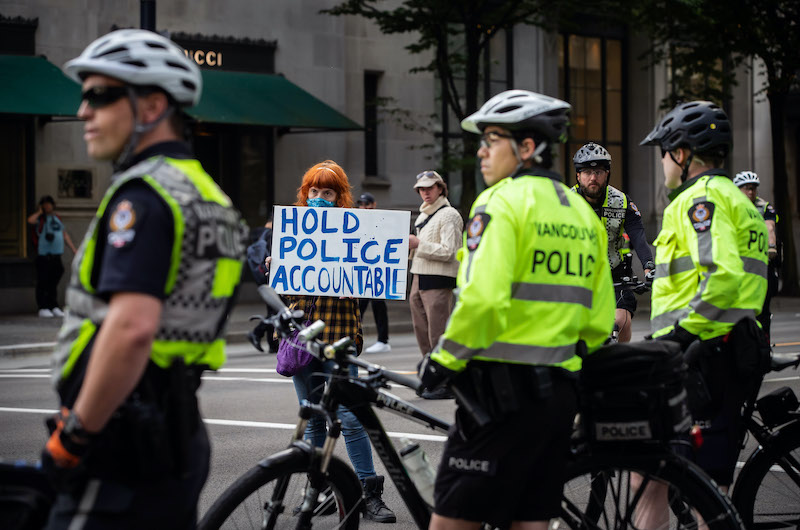 Police street checks disproportionally affect people of colour. Vancouver city council has agreed to ask the police board to stop the practice. Photo by Darryl Dyck, the Canadian Press.

Vancouver city council took the first step to end police street checks Wednesday, voting to send a letter to the police board to ask them to end the controversial practice..

Council voted unanimously on Mayor Kennedy Stewart’s motion after hearing from many speakers who spoke about the harmful effect of street checks on people of colour, drug users, refugees and sex workers.

A street check is when police stop someone who is not part of a criminal investigation and question them about their activities or ask to see identification. Sometimes the information is entered into a police database.

“I felt afraid — I can feel my heart racing right now thinking about it,” said Latoya Farrell, a lawyer who works with the BC Civil Liberties Association, as she recounted her own experience being street checked while walking home from her art studio late at night.

“The officers asked me to stop and… remained in their vehicle, but in that moment I was frozen in space and time and I was asked where I was coming from, where I was going, what I was doing, where do I live,” Farrell said. “A number of questions that had me asking internally why was this happening?”

The next step, Stewart repeatedly said during the meeting, is a motion that has been drafted by Vancouver Police Board member Rachel Roy. That motion proposes reviewing the practice of street checks and should come before the police board members in September, Stewart said.

Council heard from Peggy Lee, a board member of Rainbow Refugee Society. The organization supports LGBTQ+ refugees who have come to Canada to flee persecution, and Lee said being street checked can have disastrous effects on refugees whose immigration status is still in flux.

Being street checked can trigger traumatic memories and post-traumatic stress disorder for refugees who have experienced police violence in their home countries, Lee said.

Refugee applicants are required to report any interaction with police to Canada Border Services Agency, Lee said. Being street checked can start a process that can end up with the refugee in indefinite CBSA detention or being deported, Lee said, or simply prolong the already drawn-out immigration process.

Garth Mullins, a journalist and board member of the BC Association of People on Methadone, spoke about the impact of frequent street checks of drug users. Mullins said police frequently stop people, especially in the Downtown Eastside, and take away their drugs and money.

“Drug users are criminalized by current laws and are unable to call 911 when things go wrong,” Mullins said.

Sarah Common, the executive director of Hives for Humanity, said she’s seen members of her organization stopped daily for a range of activities: “For riding bikes they own and care for, being outside of a building that is their only access point to housing, for walking in predominantly white, affluent neighbourhoods, for carrying computers they own, even for shopping for food.”

Common said the frequent checks prevent homeless people from accessing services, and when she’s tried to intervene, “I’ve been dismissed and called a sweetie.”

Another speaker, Ismaël Traoré, said he wanted the police to provide evidence showing that street checks actually work to prevent crime. Traore said a report by an Ontario judge showed that while street checks result in fewer guns on the street, there was no evidence they reduce crime. He says street checks impede public trust in the police, making them less effective.

Stewart asked several speakers if they knew the checks were voluntary, but all the speakers who’d experienced them said they didn’t feel voluntary, and they were afraid to refuse to answer questions from police officers and just walk away.

Stewart said he had been surprised to learn that information from the checks is recorded in a police database and shared with other police agencies.

The Vancouver Police Board does have the power to end street checks and is required to take directions from council into account. Advocates said they were supportive of the upcoming motion at the police board but warned they don’t want to see any delay in ending the practice.

No speakers spoke in favour of street checks. While the council vote was unanimous, Coun. Sarah Kirby-Yung recused herself from voting because she said there could be a perception of a conflict of interest because she is married to a police officer.

Coun. Melissa De Genova, whose spouse is also a police officer, did not recuse herself, basing that decision on legal advice she’d received from city staff. 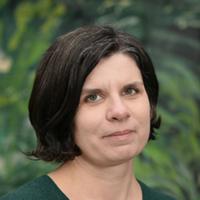 Jen St. Denis  is The Tyee’s Downtown Eastside reporter. Find her on Twitter @JenStDen. This reporting beat is made possible by the Local Journalism Initiative.