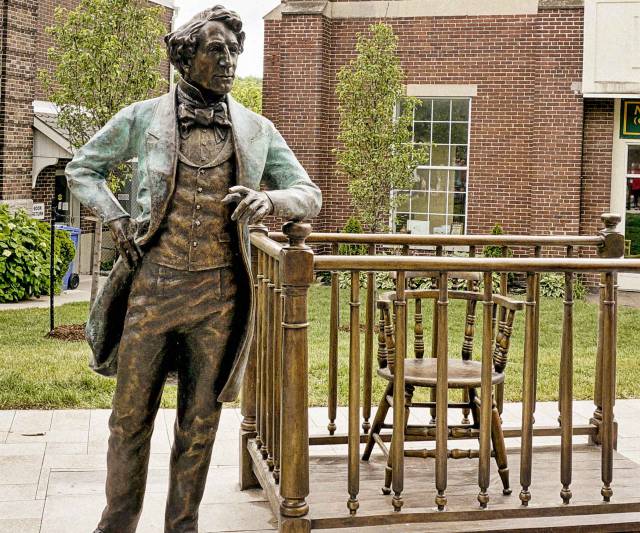 A public discussion surrounding the Sir John A MacDonald statue in Picton is set for next week.

A release from the municipality of Prince Edward County stated the Prince Edward Heritage Advisory Committee will be developing recommendations and providing advice to council relating to the controversial statue.

It is anticipated that PEHAC will establish a working group of stakeholders with a range of perspectives and viewpoints to examine the issue.

“Statues are powerful symbols that can evoke a range of emotions for different people, stated PEHAC Chair Ken Dewar.

“Determining the future of the statue in our community will not be an easy conversation, especially given the complex legacy of Canada’s first prime minister. However, I believe we can have a constructive deliberation that respects all viewpoints.”

A report from the PEHAC working group is expected to go to Council for consideration on September 1.

The statue was presented to the municipality in 2015 by the Macdonald Project of Prince Edward County to celebrate the bicentennial of the birth of Macdonald, a leading figure in Canadian Confederation.

After it was removed to facilitate renovations at The Armoury on Picton Main Street, the statue was re-installed in front of the Picton Library in December 2019.

In recent years, community members have called for the removal of the statue, citing Macdonald’s mistreatment of Indigenous Peoples and his role in establishing the Residential School system.

Macdonald statue not a gift

“…it is a reminder of the inhumane treatment of indigenous people under Macdonald and his government, the results of which live on to this day.”