The Trudeau government is sticking with a plan to buy pricey, carbon-intensive aircraft based on wrongheaded foreign policies. 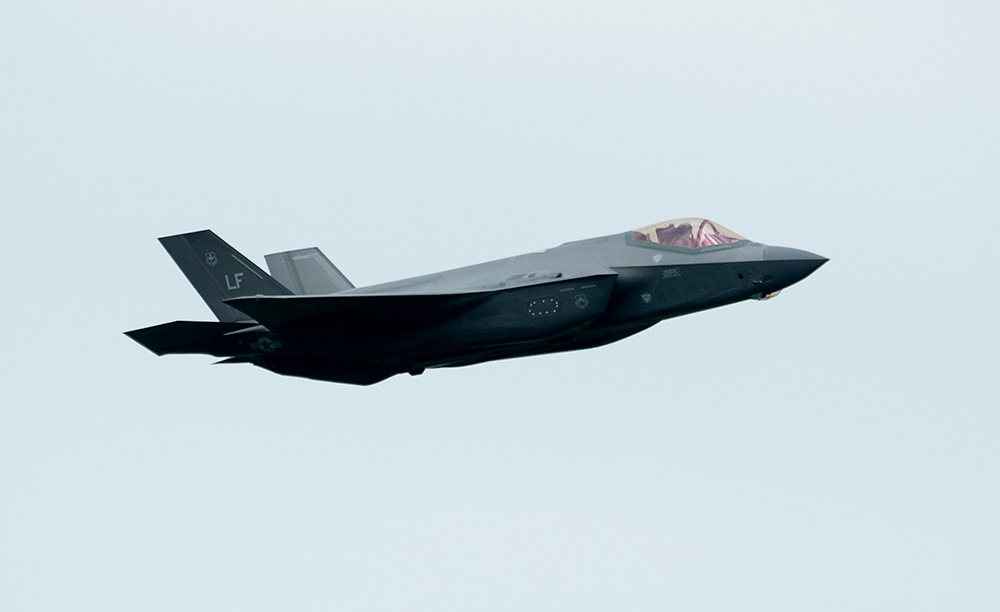 An F-35A Lightning II fighter jet practises for an air show appearance in Ottawa in 2019. The Trudeau government plans to buy 88 more fighter jets in an open-bid process. Photo by Adrian Wyld, the Canadian Press.

Canada should not be buying expensive, carbon-intensive, destructive fighter jets.

Protests are being held Friday at more than 15 MPs’ offices across the country demanding the federal government cancel its planned purchase of new “Generation 5” fighter jets.

Demonstrators want the $19 billion the jets would cost to be spent on initiatives that are less ecologically damaging and more socially beneficial.

Arms firms have until the end of the month to submit their bids to manufacture 88 new fighter jets. Boeing (Super Hornet), Saab (Gripen) and Lockheed Martin (F-35) have placed bids, and the federal government is expected to select the winner by 2022.

There are many reasons to oppose the purchase of these weapons.

The first is the $19-billion price tag — $216 million per aircraft. With $19 billion, the government could pay for light rail in a dozen cities. It could finally fix the First Nations water crisis and guarantee healthy drinking water on every reserve, and still have enough money left to build 64,000 units of social housing.

But it’s not simply a matter of financial waste. Canada is already on pace to emit significantly more greenhouse gases than it agreed to in the 2015 Paris Agreement. Yet we know fighter jets use incredible amounts of fuel. After the six-month bombing of Libya in 2011, the Royal Canadian Air Force revealed its half-dozen jets consumed 14.5 million pounds — 8.5 million litres — of fuel. Carbon emissions at higher altitudes also have a greater warming impact, and other flying “outputs” — nitrous oxide, water vapour and soot — produce additional climate impacts.

Fighter jets are not needed to protect Canadians. Former deputy minister of national defence Charles Nixon correctly argued there are no credible threats requiring Canada to have new fighter jets. When the procurement process began, Nixon wrote that “Gen 5” fighter jets “are not required to protect Canada’s populace or sovereignty.” He pointed out they would be largely useless in dealing with an attack like 9/11, responding to natural disasters, providing international humanitarian relief or in peacekeeping operations.

These are dangerous offensive weapons designed to enhance the air force’s ability to join operations with the U.S. and NATO. Over the past few decades, Canadian fighter jets have played a significant role in U.S.-led bombings in Iraq (1991), Serbia (1999), Libya (2011) and Syria/Iraq (2014-2016).

The 78-day bombing of the Serbian part of the former Yugoslavia in 1999 violated international law as neither the United Nations Security Council nor the Serbian government approved it. Some 500 civilians died during NATO’s bombing and hundreds of thousands were displaced. The bombings “to destroy industrial sites and infrastructure caused dangerous substances to pollute the air, water and soil.” The deliberate destruction of chemical plants caused significant environmental damage. Bridges and infrastructure like water treatment plants and businesses were damaged or destroyed.

A similar dynamic was at play in the Gulf War in the early ’90s. During that war, Canadian fighter jets engaged in the so-called “Bubiyan Turkey Shoot” that destroyed a hundred-plus naval vessels and much of Iraq’s civilian infrastructure. The country’s electricity production plants were largely demolished, as were dams, sewage treatment plants, telecommunications equipment, port facilities and oil refineries. About 20,000 Iraqi troops and thousands of civilians were killed in the war.

In Libya, NATO fighter jets damaged the Great Manmade River aquifer system. Attacking the source of 70 per cent of the population’s water was likely a war crime. Since the 2011 war, millions of Libyans have faced a chronic water crisis. During six months of war, the alliance dropped 20,000 bombs on nearly 6,000 targets, including more than 400 government buildings or command centres. Dozens, probably hundreds, of civilians were killed in the strikes.

Spending $19 billion on cutting-edge fighter jets only makes sense based on a vision of Canadian foreign policy that includes fighting in future U.S. and NATO wars.

“Should Canada continue to be part of NATO or instead pursue non-military paths to peace in the world?”

Since Canada’s second consecutive defeat for a seat on the Security Council in June, a growing coalition has rallied behind the need “to fundamentally reassess Canadian foreign policy.” An open letter to Prime Minister Justin Trudeau signed by Greenpeace Canada, 350.org, Idle No More, Climate Strike Canada and 40 other groups, as well as four sitting MPs and David Suzuki, Naomi Klein and Stephen Lewis, includes a critique of Canadian militarism.

It asks: “Should Canada continue to be part of NATO or instead pursue non-military paths to peace in the world?”

Across the political divide, more and more voices are calling for a review or reset of Canadian foreign policy.

Until such a review has taken place, the government should defer spending $19 billion on unnecessary, climate-destroying, dangerous new fighter jets. 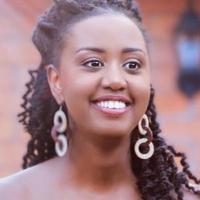 Bianca Mugyenyi is an author and former co-executive director of The Leap. She currently directs the Canadian Foreign Policy Institute.