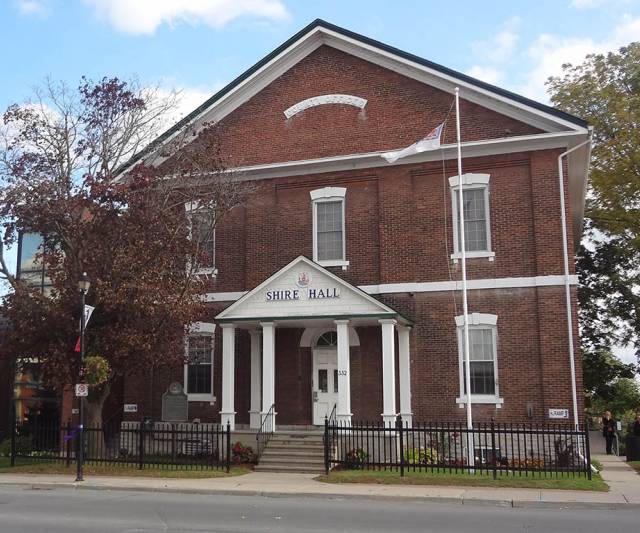 New steps are going to be taken in Prince Edward County to recognize Indigenous heritage in the region and across the country next year and ideally for years to come.

Proposed by Coun. Bill Roberts, council agreed to work with the Mohawks of the Bay of Quinte, and other Indigenous groups that have ties to the region, to celebrate the national month in June and the national day on June 21.

The proposal calls for staff to prepare recommendations on how the municipality is prepared to publically display and install art on municipal properties, including the amplification of Indigenous exhibits within County Museums.

Roberts said he was disappointed by the lack of such actions in 2020.

“I was disappointed in 2020 that there was such little recognition and little to show for our heritage,” he said. “I am hoping to develop more active and tangible recognition.

“If this is successful in 2021 I would think this would be something the community would take on in subsequent years.”

The resolution also asked staff to bring forward plans to hold an annual meeting between members of Prince Edward County Council and the Mohawks of the Bay of Quinte Council, and other Indigenous groups with ties to the region.

Those meetings would look at finding ways of supporting each other and exploring appropriate and mutually beneficial economic development and community initiatives going forward.

The first clause was that staff provide council with recommendations on how The Gunshot Treaty cairn at Carrying Place can be profiled and publicly identified as such.

Roberts the cairn was a symbol of “one of the worst treaties ever signed” and as a Loyalist community that benefitted from the land settlement, it might be fitting for the county to find a better display for the cairn.

At the suggestion of Coun. Janice Maynard, that section was expanded to add other sites of Indigenous historical importance as well.

The other section asked staff to explore and bring back to council their findings regarding the current land ownership of Foresters Island.

“Right now it is something of a confused ownership situation,” Roberts said. “It would be nice to figure out who actually owns it.”

Coun. Jamie Forrester asked that the two sections be removed from the overall motion and be voted on separately.

“I like the rest of the motion and the idea of recognizing our Indigenous heritage,” he said. “But I think these two sections open a whole new can of worms.”

Council passed both sections even with them being separated out, in fact adding to the second one at the suggestion of Mayor Steve Ferguson.

The mayor asked that staff explore not just ownership of the island but any relationship the island might have with the Mohawks.