Nine parties, representing an astonishing 95% of voters, committed Denmark to reduce emissions 70% by 2030 over 1990 levels.

What makes this new law a game-changer is its courageous, long-term, multi-party commitment.

Every government in Denmark, no matter which party is in government, must produce a climate report every year. The report must show progress to meet Denmark’s targets, and a concrete plan for the upcoming year.

If Parliament sees the plan isn’t airtight, the government can face a confidence vote.

As BBC reports, it’s become almost “illegal” for any future government in Denmark to stray from bold and continuous climate action.

The result? The Climate Change Performance Index ranks Denmark second in the world.

In Canada, any progress achieved by one government teeters on the verge of collapse with each election. Wild policy swings make long-term planning a risky proposition. Trust between parties is rare.

This new deal in Denmark isn’t a one-off. Proportional representation laid the foundation for success. For almost a century, parties in Denmark have worked together to make important decisions.

In June 2019, Denmark’s right-leaning government was replaced by the left-leaning Social Democrats—supported by four other centre-left and green parties. Together these parties represent 52% of voters.

But the cooperation didn’t stop there.

Almost every party in the Parliament—including the conservative opposition parties—worked together for months to write the law that would ensure Denmark’s success far into the future.

With proportional representation, when a majority of voters want action, they get it!

Perhaps that’s why Denmark—along with six other countries with proportional representation—have the most satisfied voters in the world.

We can do it, too

We can change our politics to meet the challenges of our times.

A “just recovery” for Canada must include a just democracy.

We won’t give up until every Canadian voter has a voice in our shared future. 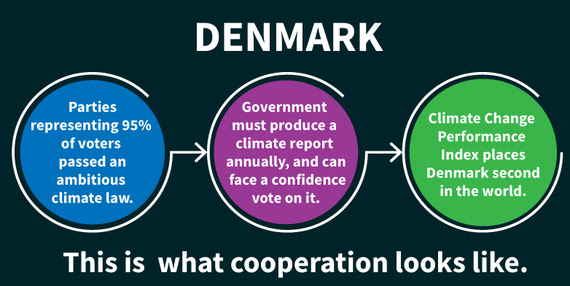 P.S. Two new things! Check out our blog on the WE scandal. The OECD just released a groundbreaking report called “Catching the Deliberative Wave“. The report examines the success of 289 processes such as citizens assemblies and citizens juries around the world. Fair Vote Canada will continue to push for a National Citizens’ Assembly on Electoral Reform!