Even with immediate action, 710 million metric tons of plastic will enter the environment in the next two decades, scientists show. Welcome to Plastic Planet 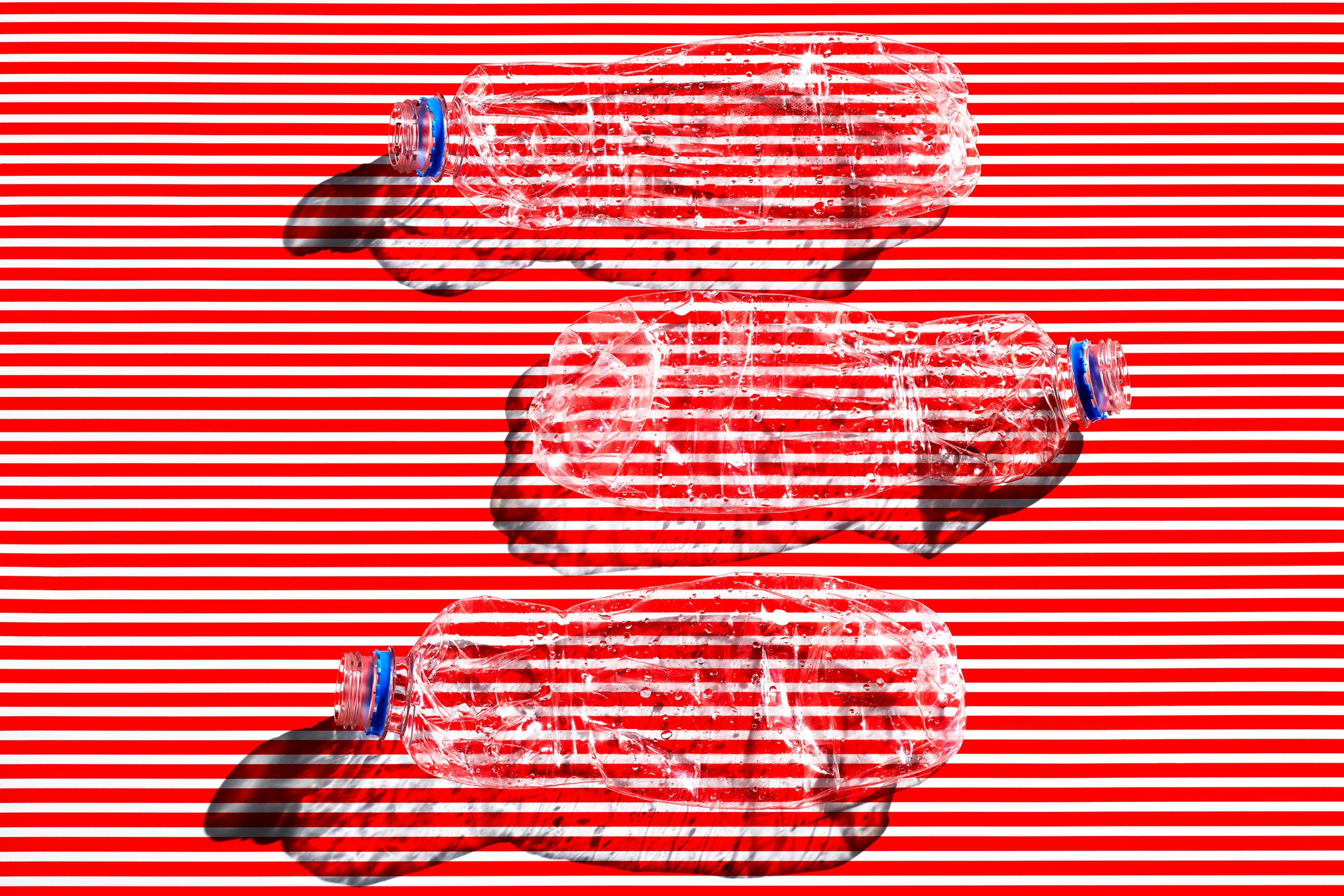 IMAGINE YOUR FAVORITE stretch of coastline—whitesand beaches, rocky tide pools, the cliffs of Dover, what have you. Now transport yourself ahead two decades, after plastic production and waste have continued to skyrocket. Humanity is now unloading 29 million metric tons of bottles, bags, and microplastics (little bits smaller than 5 millimeters) into the oceans annually. That means for every meter of your favorite coastline, 50 kilograms—that’s 110 pounds—of plastic is entering the sea every year.

Over the past few years, scientists have been exposing the hazards of microplastics—or ground-up particles that easily blow around the world and work their way into plants and animals. But all the while, macro-plastics like bottles have been accumulating in the environment, shedding microplastics as they degrade. Writing today in the journal Science, Bailey and his colleagues are publishing the alarming findings of their comprehensive review of the cycle of all this plastic. If we as a species don’t collectively take action, they warn, 1.3 billion metric tons of plastic will flow into the sea and tumble across the land between the years 2016 and 2040.

Even with immediate and drastic action, that figure could be 710 million metric tons—460 million of them on land and 250 million in the water. Making matters worse, throughout much of the world people burn the plastic they can’t easily recycle, to the tune of perhaps 133 million metric tons of waste by 2040. That spews dangerous toxins and CO2 (plastic is made of oil, after all), further warming the planet.

To model the plastic waste ecosystem, the researchers created eight “geographic archetypes,” instead of picking apart the dynamics of how individual countries handle trash. “We didn’t want it to become a blame game,” says the study’s co-lead author, Winnie Lau, senior manager of the Pew Charitable Trusts’ project on ocean plastic pollution. “What we wanted to do was to understand the problem and how it came about, rather than pointing out specific countries.”

So a low-income rural area is more likely to struggle with proper disposal of plastic waste than a high-income area. That’s especially true for an island nation without the room to bury what residents don’t recycle. The temptation, then, is to burn the stuff that’s not recyclable. For the plastic that is reusable, informal waste pickers might go door to door collecting in the absence of an official waste management program. By contrast, a high-income urban geographic archetype might have a robust waste-management infrastructure.

The team then created a mathematical model that could predict how much plastic waste these archetypes would produce by 2040. “The job of the model was to integrate the data that we could collect for all of the different geographical archetypes around the world,” says Bailey. “We tried to work out how the plastic flowed around the system in each of those types. And then we just basically crank the handle and we push the plastic through the system and see where it ends up.”

The model found that we can reduce total waste by 30 percent if we reduce plastic use as much as possible. Adopting new materials like compostable polymers can reduce another 17 percent of the waste. Robust recycling programs could account for an additional 20 percent reduction.

Even given all that, plastic waste will still be a serious problem. “By feasibly doing everything we possibly think we can, as much as we possibly can, we’re still left with 5 million metric tons” flowing to the sea, says Bailey. “It’s a vast improvement over 29 million tons, but there’s still an innovation gap. We still don’t have the technology or the materials we need to reduce that down to zero.”

The central, persistent problem is the broken economics of the recycling industry: It’s hard for companies to make more money selling recycled materials than it costs to process the stuff. That’s due in large part to the cratered price of oil, which is making it exceedingly cheap to just pump out more virgin plastic.

Bailey says that investing more in recycling is a win-win: You reduce plastic pollution while also creating jobs that will be more vital than ever in the economic aftermath of the pandemic. “There’s no point just asking people to be nice to the planet,” says Bailey. “We know from the history of climate change efforts that that kind of approach is limited. It needs to be economically feasible.”

But focusing just on recyclers lets the makers of all this plastic—soda bottlers and any number of other manufacturers—off the hook. “This is not a problem that can be solved on the back of the taxpayers,” says George Leonard, chief scientist of the Ocean Conservancy, who wasn’t involved in this new research.

But how about this: a manufacturing tax on plastic, just like governments are beginning to put a price on carbon. The idea with a carbon tax is that governments charge large-scale polluters, like electrical utilities, for spewing CO2, disincentivizing them from spewing more carbon. They then use the proceeds to fund investments in climate mitigation measures, like green energy infrastructure.

A plastic tax would work the same way. A government would charge companies that use virgin plastic a fee, incentivizing them to switch to fully recycled materials or alternative paper-based materials, which break down once they reach the environment. “You then take those revenues and allocate that toward solutions to the problem,” says Leonard. “So that could be investing in waste management infrastructure, that could be investing in recycling.”

Really, it’s not such a far-fetched idea: Backers of the California Recycling and Plastic Pollution Reduction Act are collecting signatures to get a plastic tax on the ballot in 2022. But to really change corporate behavior, the idea would need to be scaled up nationally, and then globally.

Without drastic and immediate measures, the fight against plastic pollution will follow the same path as the fight against climate change: We’ve waited far too long to stop CO2 from accumulating in the atmosphere, and we’re in danger of waiting far too long to turn off the plastic spigot. “What this paper makes clear is, really, any future scenario for a healthy planet is going to require that this kind of year-over-year growth in plastic production has got to stop,” says Leonard. “It began in 1950, and it continues to accelerate. And there’s really no viable solution that doesn’t result in bending that curve.”