Swedish teen activist Greta Thunberg was awarded a €1 million (Dh4.2m/$1.1m) climate change prize on Tuesday, but said that instead of becoming a millionaire she would donate it to environmental causes.

The prize seeks to recognise people or organisations “whose contributions to mitigation and adaptation to climate change stand out for their novelty, innovation and impact”, the foundation’s website says.

The young activist was selected among 79 organisations and 57 people from 46 countries.

The prize jury was chaired by Jorge Sampaio, who was Portuguese president from 1996 to 2006.

Ms Thunberg will give €100,000 of the prize to the SOS Amazonia campaign, led by Fridays for Future Brazil to tackle Covid-19 in the Amazon, and €100,000 to the Stop Ecocide Foundation to support their work to make ecocide an international crime.

Mr Sampaio, also the inaugural Mandela Prize winner in 2015, said the jury reached “a broad consensus” that the Swede had been able to mobilise the younger generation to fight climate change.

He said her “tenacious struggle to alter a status quo that persists makes her one of the most remarkable figures of our days”.

The judging panel was made up of internationally renowned personalities from science, technology, politics and culture.

It highlighted Ms Thunberg’s “charismatic and inspiring” personality, but also her ability to deliver a hard-hitting message that “aroused disparate feelings” about climate change globally.

The climate- and ecological crisis can no longer be solved within today’s political and economic systems. That’s not an opinion. It’s just simple maths.#ClimateEmergency 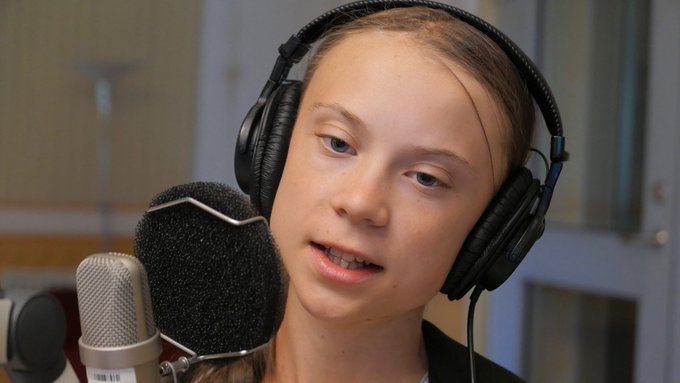 The activist said she was “extremely honoured” to receive the prize.

“We’re in a climate emergency, and my foundation will as quickly as possible donate all the prizemoney of €1m to support organisations and projects that are fighting for a sustainable world, defending nature and supporting people already facing the worst impacts of the climate and ecological crisis, particularly those living in the global south,” Ms Thunberg said.

She was Time magazine’s Person of the Year in 2019. Forbes Magazine included her in the list of the World’s 100 Most Powerful Women of 2019 and she was nominated twice for the Nobel Peace Prize, in 2019 and 2020.