Scientists say the rich are driven by greed and think they are above the law. 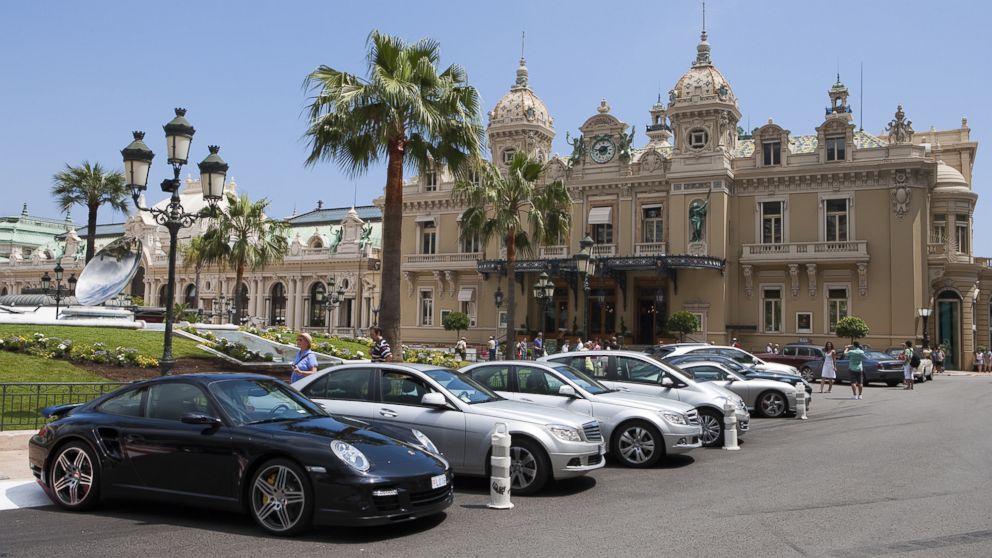 Luxury automobiles are parked outside the Monte Carlo Casino in Monaco.

Luxury automobiles are parked outside the Monte Carlo Casino in Monaco.undefined Getty Images

May 18, 2014— — Pity the rich. They drive their expensive cars with little respect for the law, they break the rules thinking they won’t have to face the consequences, and they even take candy from children.

Their unethical behavior, according to new research, is driven by the fact that they see nothing wrong with greed.

Psychologists at the University of California, Berkeley, have conducted seven studies involving nearly a thousand participants from college students to senior citizens indicating that the rich are, indeed, different from the rest of us.

Although the scientists concede that there are exceptions, “the really well-to-do have lost a little of their moral character,” psychologist Dacher Keltner, coauthor of a paper published in the Proceedings of the National Academy of Sciences, said in a telephone interview.

Keltner, who led the research along with fellow psychologist Paul K. Piff, said his inbox has been jammed with feedback, mostly from working class citizens who say “it’s about time” someone paid attention to this problem.

“People are just feeling there’s an imbalance in our culture,” he said.

In one creative study, Piff and Keltner and several of their students positioned themselves at four-way-stop intersections in the San Francisco Bay area to see which cars ignored state law to yield to the first vehicle to reach the stop sign. The drivers could not see them as the participants ranked the vehicles on the basis of their value.

Drivers of expensive cars were four times more likely to cut off another vehicle and ignore the right-of-way than drivers of cheaper cars, the researchers found. The most flagrant offenders: Mercedes drivers.

In another experiment, 26 drivers of deluxe cars blasted through an intersection while ignoring a pedestrian who had entered the crosswalk, another violation of state law. No one driving a cheap car failed to yield. Some 426 cars were involuntary participants in these two experiments, and it’s worth noting that although prosperous drivers were more willing to break the law than working class drivers, about half the fancy cars yielded. So not all rich folks are jerks.

In laboratory experiments, participants were “primed” to think they were wealthy or poor. This is a technique used by many psychologists. If someone is told to think of people who are less fortunate than they are, their temporary mindset will make them believe they are well off, for example.

“Priming is based on the idea that ideas drive behaviors, and I think that’s true,” Keltner said. So someone who thinks he or she is better off than someone else is more likely to act like a wealthier person, according to many studies.

In one of the experiments, participants were asked to hold a jar of wrapped candies while the psychologist left the room. They were told the candies were for children in a nearby lab, but they could help themselves to some of the candy if they wanted to. Participants primed to think they were wealthy ate “significantly” more of the candy, knowing it was supposed to go to the children, than participants who thought they were poor.

In the final study, the researchers think they nailed the cause of such unethical behavior. No matter what their social or economic standing was, participants primed to think there’s nothing wrong with being greedy were more willing to cheat.

“There is this mental frame of mind when you feel like you are at the top,” Keltner said. “You think you are above the law, you think you can get away with stuff and you won’t have to deal with the consequences. That’s what that study demonstrates.”

His jammed mailbox also confirms that, he added.

“Police officers have told me that drivers of fancy cars often lecture them when they pull them over for a ticket,” he said. “And construction guys tell me often that if they work at a really wealthy home, it’s hard to get paid, which is absurd.”

Keltner’s main line of research is on human goodness, not greed. He turned to this subject because he wanted to understand why people so often do the wrong thing, like eating candy meant for children.

The research addresses widespread concern over class differences and inequalities in this country. Vast wealth is now held by a tiny minority of Americans while the middle class slips toward poverty, according to numerous surveys.

A few at the top are indeed generous, as evidenced by Bill Gates and others. But it’s hard to escape the fact that when so few have so much, and so many have so little, something is really wrong in America, Keltner said.

Incidentally, when it comes to social status, Keltner is near the top. He is a super-achiever in two areas reflecting status: He is highly educated and holds a prestigious job. And he’s hardly poor, but when it comes to vehicular status, he flunks.