Defence filed by province of N.S. says lawsuit by former justice lawyer should be dismissed 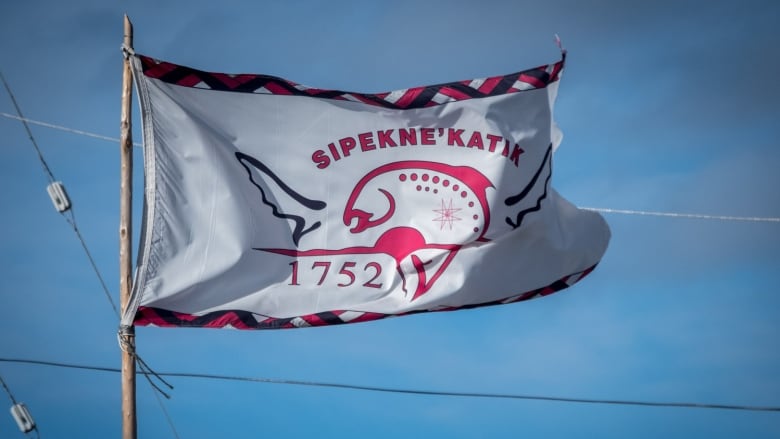 The province of Nova Scotia has laid out its defence against a lawsuit from a former justice department lawyer who presented in court a controversial legal brief that implied Sipekne’katik First Nation did not need to be consulted on a natural gas storage project because they were a conquered people.

In a notice of defence filed on June 22, the province, representing Premier Stephen McNeil and former justice minister Diana Whalen, deny all the allegations put forward by Alex Cameron, who is alleging defamation, abuse of public office, constitutional violation and constructive dismissal.

Cameron had been representing the government during a court challenge by Sipekne’katik of the Alton Gas project, but was removed from the case in December 2016 after a public backlash and media firestorm developed from coverage of the matter.

Cameron had argued in writing that the province did not have a duty to consult the First Nation on the project near the Shubenacadie River because that requirement only applied to “unconquered people,” which he implied was not the case with Mi’kmaw communities.

At the time, McNeil and Whalen repeatedly told the media that Cameron’s brief did not present the government’s opinion, and the premier said he had “no idea” it was being put forward.

What the province says about who knew what, when

Cameron has alleged then-deputy justice minister Tilly Pillay, and Julie Towers, CEO of the Office of Aboriginal Affairs, were made aware of the argument ahead of hearings in 2016 and raised no objections during a meeting to prepare for the case.

At the time, the Sipekne’katik was asking a judge to stay the environment minister’s approval of Alton Gas pending the First Nation’s appeal.

In its notice of defence, the province outlines when it says officials had discussions with Cameron about his arguments.

On June 8, 2016, there was a call involving Towers and Justin Huston, the Office of Aboriginal Affairs executive director.

Cameron said he would raise arguments about the validity of “treaties and claims of Aboriginal title,” according to the notice of defence, but both Huston and Towers “impressed on him” he didn’t need to since the province recognized its duty to consult Sipekne’katik and had done so.

On June 14, Cameron filed a stay brief that acknowledged the First Nation had a right to fish in the Shubenacadie River for food, social and ceremonial purposes. But, it said, the duty to consult them on Alton Gas was “not engaged” since they didn’t possess treaty rights as laid out in the Supreme Court of Canada’s historic Marshall decision in 1999.

The province said Cameron didn’t send a draft of this brief to the Department of Environment or any other department before filing.

The next month, the stay was dismissed. A meeting took place on July 25, 2016, with Cameron, Huston, Towers and Pillay. Huston and Towers repeated their concern that Cameron had taken a position in the stay brief that didn’t reflect Nova Scotia’s position on its duty to consult, according to the defence. They reiterated they had already done so at the “highest” level.

Then came the appeal brief, which Cameron filed on July 29, 2016. It argued that Sipekne’katik First Nation had submitted to the Crown in 1760 — meaning they weren’t “unconquered” and the province didn’t have a duty to consult with them.

Cameron had not sent a draft of the brief to the Department of Environment or Towers before he filed it, according the defence.

That’s when the questions began, and McNeil was asked about the brief in November 2016 in both Province House and by the media.

The Alton Gas Appeal hearing was set to begin Nov. 14, 2016, and the province’s notice says that in the days leading up to the hearing, Cameron looped in Bernie Miller.

Miller was the deputy minister of the Office of Priorities and Planning at the time, a senior adviser to the premier and an “old acquaintance” from Cameron’s time in private practice.

Cameron wrote to Miller on Nov. 11 that the Alton Gas project “ha[d] met with native opposition” and there had been “howls about it from certain quarters in the media.” He wrote it may be that “some in government would like the point [that no duty to consult might be engaged] dropped.”

Cameron then said the province should not retreat from the arguments he’d already brought forward, saying it could be to its long-term disadvantage and it might be that “the government needs some resolve on this one.”

There was a call on Nov. 12 as well as emailed discussions on Nov. 13 with multiple provincial officials and Cameron, including deputy minister of justice Karen Hudson.

In the call, Hudson asked Cameron who had told him to go ahead with the “no duty to consult” argument, according to the notice of defence. Cameron was “defensive” and said he was protecting the best interests of the province.

There was a discussion around whether the argument could be “pulled back,” which Cameron urged strongly against since the province could be at risk of an adverse finding by the court.

After back-and-forth emails with people including Cameron the morning of Nov. 13, Towers said the focus must be clear that they had “deep and meaningful” consultation with the First Nation.

Hudson wrote in the email chain that it “seemed wrong” to say the province had no duty to consult, and that it would “detract” from the main point that they had already done so.

That evening, Hudson wrote to Cameron that “the province will not advance a position that there is no duty to consult,” adding that she appreciated this would be “contrary” to what he had suggested.

Less than an hour later, Cameron forwarded Hudson’s email to Miller to confirm the instructions were correct.

Then Cameron went back to the deputy minister, saying Miller had informed him her instructions were “not accurate.” She replied again, saying that Miller “will advise you” on what the province wanted.

Miller had ‘brief’ discussion with premier

The morning of Nov. 14, before the hearing, Miller spoke to the premier in a “very brief discussion.” McNeil stated the province recognized a duty to consult, and “the only thing that should be argued in court” was this point.

Miller then sent Cameron an email around 8:20 a.m. on the oral submissions he should advance. They included that consultation had taken place, Nova Scotia recognized a duty to consult, and thirdly that the other arguments laid out in Cameron’s brief could be put forward “if the court considers it necessary.”

The third point was meant to address Cameron’s concern about a legal adverse finding, and was not discussed with the premier or any other official, the notice said.

Cameron then went on to discuss treaties and the duty to consult argument, although the province argues he did so unnecessarily since the court did not ask to hear that submission.

In its defence, the province says Cameron had no instructions to make those submissions, and actually “sought to circumvent” Hudson’s instructions by bringing in Miller, who was not briefed on the arguments and would typically not advise in this way, “in an effort to obtain his desired instructions.”

They also say that not only did Cameron make arguments that were not the government’s position, they were wrong in law and served his “personal agenda.”

In 2009, Mi’kmaw chiefs requested that Cameron not handle government files relating to Indigenous issues due to a book he authored, Power Without Law, which argued the Supreme Court of Canada was wrong when it ruled in favour of Marshall.

There are a number of statements that Cameron points to when alleging defamation, including that McNeil was “furious” with the situation and how Whalen said the brief went “beyond the position of government.”

In its defence, the province denies they are defamatory since they do not name Cameron — but even if they were, they are true and protected by qualified privilege since they were made in good faith on matters of public interest.

After Cameron was removed from the case, he retired from the Justice Department on April 30, 2017.

His affidavit says he retired “because the respondents’ conduct towards me, including public statements, rendered continued employment intolerable.”

The province denies this, since Cameron kept his role, seniority and salary before deciding to resign on his own.

But, the province added that if it’s found Cameron was dismissed, there was “just cause” to do so since his conduct breached both the province’s code for public servants and barristers’ society code of conduct.

The province denies that Cameron is entitled to damages, and asked that the lawsuit be dismissed.

Cameron’s lawyer preferred not to respond when asked for comment Thursday.