From Dublin to Dessau, cities are leaving once manicured green spaces to rewild with native flowers and grasses that attract more diverse insects, birds and wildlife. Such a paradigm shift will take time, however. What would happen if we stopped curating green spaces in cities, if we locked away the lawn mower and allowed native grasses, herbs, shrubs and wildflowers to do their own thing?

What would happen if we stopped curating green spaces in cities, if we locked away the lawn mower and allowed native grasses, herbs, shrubs and wildflowers to do their own thing?

Even a small reduction in mowing lawns – including public spaces like parks, road islands and roadverges – can boost wildlife & wildflowers, help pollinating insects, and save money, studies show. An easy way to give nature a chance 🐝#rewilding #ClimateAction #biodiversity pic.twitter.com/cJhB2jIRDB 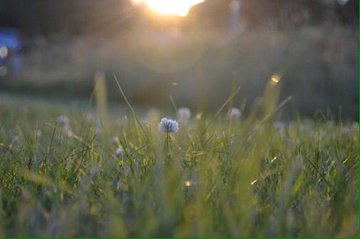 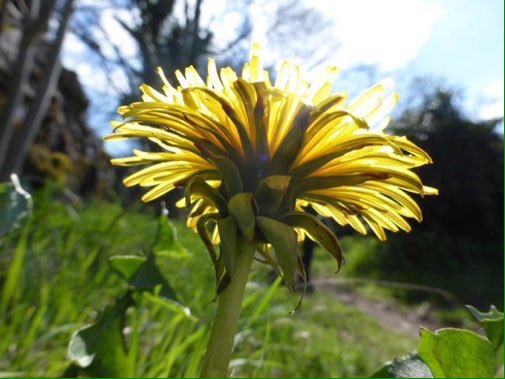 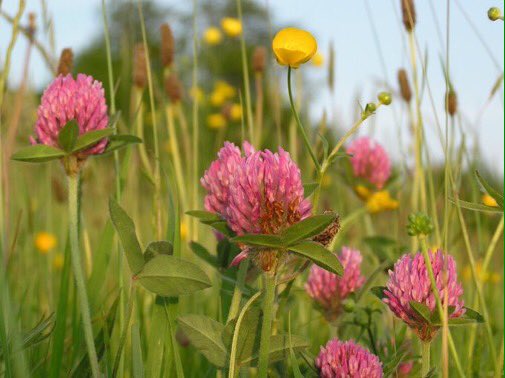 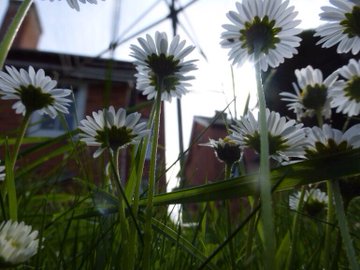 Rewilding is a paradigm shift away from a centuries-long tradition of managing and controlling green spaces, whether in the form of hunting grounds or aestheticized public spaces.

A relatively new idea that only entered the dictionary in 2011, rewilding was recently described by ecology writer and curator Anna Souter as the act of encouraging “land to become self-willed.”

Beyond traditional ideas of managed conservation, “rewilding tries to approach a place with imagination and a sense of curiosity about what might happen if human beings stopped trying to manage nature,” she wrote.

Many rewilding projects focus on returning great swaths of land to wilderness, but, more recently, European cities have shown a trend toward smaller, urban initiatives.

Since 2015, the Dublin City Council (DCC) has been allowing native wildflowers once considered weeds to flourish and seed in park grasslands, open spaces, roadside ditches and even graveyards. Rather than being cut back, clover and dandelion are also left to create habitat and food for insects, bees and other pollinators. “A third of native bee species are at risk of extinction here in Ireland, which has highlighted how practices needed to change,” DCC’s biodiversity officer Lorraine Bull told DW. Herbicide usage is way down as a result of the program. On average, 80% of these urban green spaces are now pollinator friendly.

An early urban rewilding site was the High Line in New York, a once-abandoned elevated railway that went wild over decades before being adapted into a blossoming public park.

Opening in stages since 2009, the High Line gardens are merely “edited” to“mimic the dynamics of a wild landscape.” A matrix of grasses support wildflowers, trees and shrubs that come and go as in nature. Some species have simply blown in with the wind.

Rewilding has also been adopted across Germany. The cities of Dessau, Hanover and Frankfurt am Main began a five-year rewilding project in 2016 called “Städte wagen Wildnis”(Cities Dare Wilderness) that aims to increase habitat for diverse species. In contrast to highly managed German parks, these urban centers are leaving allotted spaces mostly uncultivated. Self-regulation is the mantra.

Five years ago, Dessau, which is in Germany’s former East, was characterized by a declining population and a plethora of abandoned buildings and vacant lots. To urban planners, rewilding made a lot of sense. So, the city started buying up enough unused properties and land to create a 120-hectare boomerang-shaped public green zone to return to nature. The grounds of existing housing estates became part of rewilding project. It was intended that ‘daring’ wilderness would not only encourage biodiversity, but make the city more attractive and improve the lives of the residents. “The extensive flowering meadows attract an amazing variety of species,” Christiane Jahn, head of the city planning department, told DW, adding that the rich habitat resulting from the four-year project attracts songbirds, hedgehogs, butterflies and some of the 67 bee varieties endemic to the state of Saxony.

While the outer perimeter of the wilding zone will be left to become woodlands again, the large inner meadows are managed — but only to a minimal degree, with the area only mowed once or twice annually.

“They are very robust and tolerate drought in summer better than the short lawns of other green spaces,” says Jahn of the meadows that proved resilient to the unusally dry summers of 2018 and 2019.

Researchers are now pointing out the manifold benefits of rewilding for human health and well-being.

According to Jacob Mills, a researcher at the University of Adelaide’s School of Biological Sciences and Environment Institute, humans traditionally lived in wilder environments, meaning children were exposed to a broader variety of microbes that build stronger immune systems.

A recent study co-authored by Mills is an early investigation into how “microbiome rewilding” in urban green spaces — from lawns to vacant lots, parklands and revegetated woodlands — can help fight chronic illness.

The study also builds on the knowledge that a greater diversity of microbial compounds in soil can also reduce stress and anxiety.

“We’re investigating if rewilding urban centers can help rewild our microbial experience to what our evolutionary history has dictated to us that we need,” Mills said. Allowing urban green space to run wild is both an ecological and cultural leap forward that is also facing inevitable resistance. For people conditioned to manicured lawns and cultured gardens, wild sprawls of native grasses and even wildflowers are often regarded as unsightly weeds.

While in upwardly mobile Frankfurt the population tends to support the Cities Dare Wilderness initiative, in Dessau some residents are “much much more critical,” Kirsten Lott, the city’s director of parks planning, told DW.

And such opposition is not uncommon.  For Lorraine Bull, similar pushback was common in Dublin, but is being overcome.

“Traditionally in Ireland, there is an ethos of having everything neat and tidy. Weeds are perceived as something that should be removed rather than appreciated.”

But ongoing community consultation and workshops are educating residents about the way such “untidy” rewilded zones “provide both habitat and food for a range of wildlife.”

As urban residents start to reconnect with biodiverse and constantly transforming natural habitats on their doorstep — and enjoy potential health benefits — a plethora of new urban initiatives indicate that the rewilding paradigm shift is underway.