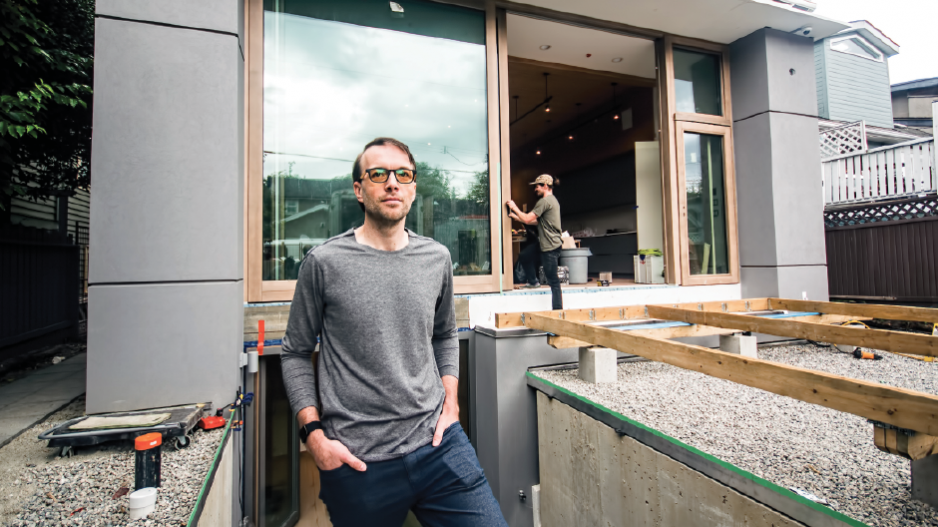 Energy retrofits would include some of the technologies used in passive homes, like this one being built by Ian Robertson of AA Robins Architect. | Chung Chow

Buildings account for about 12% of greenhouse gases (GHGs) produced in Canada.

While that is a relatively small slice of the GHG pie compared with transportation or the oil and gas sector (about 25% each), reducing GHGs in the built environment through government-sponsored retrofit programs would get the most bang for the buck, in terms of quick GHGs reductions and economic stimulus, according to the International Energy Agency (IEA).

The IEA is recommending national building retrofit programs to its member countries as one of the best instruments for a post-pandemic clean economy stimulus.

It would have the added benefit of lowering energy costs for homeowners and businesses.

“The largest amount of new jobs would be in retrofitting buildings and other measures to improve their energy efficiency,” the IEA states in its recently release Sustainable Recovery Plan, developed in conjunction with the International Monetary Fund (IMF). It estimates nine to 30 jobs are created for every $1 million invested in home retrofits.

The IEA recommends energy transition and decarbonization projects that are shovel-ready, or which can otherwise be underway within three years, since the goal is to try to hold global GHGs at or below 2019 levels.

“Existing efficiency programmes … can be rapidly expanded and new projects can be shovel-ready within weeks or months,” the IEA says.

Kevin Lee, CEO of the Canadian Homebuilders Association, adds that such a program would spread the jobs all over Canada, in pretty much every community, whereas a site-specific project, like a new wind farm or public transit project, concentrates the economic benefits in one place or region.

“Everywhere people live, there’s opportunities to retrofit houses for better energy efficiency, and certainly in the housing sector, when it comes to climate change, it’s the existing housing stock that is really what we need to be after,” Lee said.

The B.C. government is already moving ahead with an energy retrofit program for homeowners. Last week, it announced a new zero interest loan program to encourage homeowners on natural gas to switch to heat pumps, which use low amounts of electricity to provide heat in the winter and cooling in the summer.

The Canadian firm Financeit will manage the loan process, “in most cases providing on-the-spot loan approvals for upgrades to change from fossil fuel home-heating systems to electric heat pumps,” the ministry of Energy, Mines and Petroleum Resources stated in a press release.

Under CleanBC, the provincial government hopes to cut GHGs from buildings by 80% by 2050.

“We see this as a pillar in any kind of green stimulus plan,” said Josha MacNab, national policy director for the Pembina Institute.

“We know that we need to refurbish about 2% to 3% of the building stock per year to eliminate carbon pollution by 2050. That doesn’t sound like a whole lot, but that is a massive amount of retrofits. We estimate that it’s going to require an investment on the order of $10 billion to $15 billion a year over the next 30 years, leveraging both public and private capital.”

The last time there was a home retrofit program offered, more than 10 years ago, subscriptions peaked at about 200,000 homes in one year, Lee said.

“Higher income households tend to do them anyway, but often take the most subsidies,” he said. “We call them free riders.

“Energy efficiency retrofit programs should focus on rental, institutional and lower income housing, because none of these have the incentives or capital to make the capital investments to recoup the reduced energy costs.

Is there a green light for a green economy?