Wind-borne microplastics are a bigger source of ocean pollution than rivers, say scientists 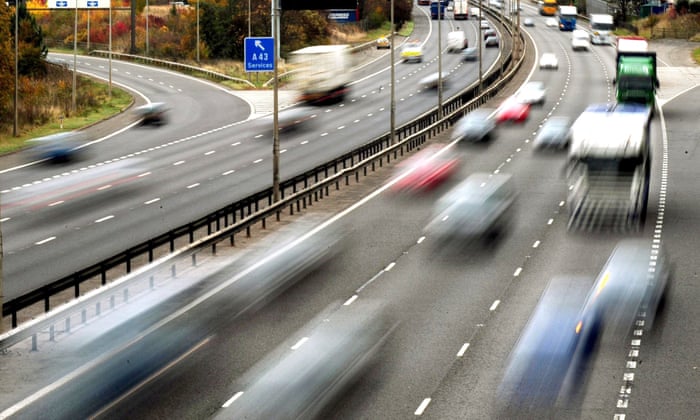 Traffic on a motorway. An average tyre loses 4kg during its lifetime, according to Andreas Stohl, from the Norwegian Institute for Air Research. Photograph: Rui Vieira/PA

More than 200,000 tonnes of tiny plastic particles are blown from roads into the oceans every year, according to research.

The study suggests wind-borne microplastics are a bigger source of ocean pollution than rivers, the route that has attracted most attention to date. The analysis focused on the tiny particles produced by tyres and brake pads as they wear down.

It estimated that 550,000 tonnes of particles smaller than 0.01mm are deposited each year, with almost half ending up in the ocean. More than 80,000 tonnes fall on remote ice- and snow-covered areas and may increase melting as the dark particles absorb the sun’s heat.

Microplastic pollution has polluted the entire planet, from Arctic snow and Alpine soils to the deepest oceans. The particles can harbour toxic chemicals and harmful microbes and are known to harm some marine creatures. People are also known to consume them via food and water, and to breathe them, But the impact on human health is not yet known.

Earlier work suggested microplastic particles could be blown across the world, but the new study is the first to quantify the effect. The scientists concentrated on fine tyre and brake dust as there is better data on how these are produced than tiny microplastics from other sources, such as plastic bottles and packaging.

“Roads are a very significant source of microplastics to remote areas, including the oceans,” said Andreas Stohl, from the Norwegian Institute for Air Research, who led the research. He said an average tyre loses 4kg during its lifetime. “It’s such a huge amount of plastic compared to, say, clothes,” whose fibres are commonly found in rivers, Stohl said. “You will not lose kilograms of plastic from your clothing.”

Airborne transport has received much less attention than rivers because only the smallest particles can be blown by the wind and their size makes them difficult to identify as plastic. “The really small particles are probably the most important in terms of health and ecological consequences because you can inhale them and the very small particles can probably also enter your blood vessels,” Stohl said.

The research, published in the journal Nature Communications, used two methods to estimate the amount of fine particles shed by tyres and brakes. The team then used well-established atmospheric circulation models to assess how they are blown around the globe.

Stohl acknowledges significant uncertainties in the data, such as how rapidly the particles fall to the ground in rain. The study suggests the finest particles can remain airborne for a month. But he is confident the results are the right order of magnitude. The next step is to accelerate development of measurement techniques for fine particles so that real-world samples can be checked.

Deonie Allen, at the University of Strathclyde in Scotland, and not part of the research team, said: “This very well conducted research shows there is an awful lot of microplastic pollution coming from sources that most people have never even thought of. This is one of the first long-distance transport modelling papers and it shows how far these pollutants can move and how important the atmosphere is at part of the plastic pollution cycle.”

Erik van Sebille, at Utrecht University in the Netherlands, said: “The study shows how interconnected pristine remote areas are with what we’re doing in our cities and on our roads.” Sebille studies microplastic flows in the oceans and is planning to work with Stohl’s group to develop a global picture of plastic pollution, which will help determine how best to tackle the problem.

“We should be concerned,” he said. “We don’t still know really what the harm is of all these microplastics, but the precautionary principle says that we had better be careful and safe about these things.”

Stohl said the issue of tyre and brake pollution is likely to get worse before it gets better as electric cars become more common: “Electric cars are normally heavier than internal combustion engine cars. That means more wear on tyres and brakes.”

Reducing microplastic pollution from vehicles is difficult, he said: “The manufacturers will have to respond somehow, if this really becomes a matter of concern.” In the meantime, Stohl said people should reduce the use of plastics they can do without and ensure the rest is recycled.

Revealed: microplastic pollution is raining down on city dwellers

Exclusive: London has highest level yet recorded but health impacts of breathing particles are unknown 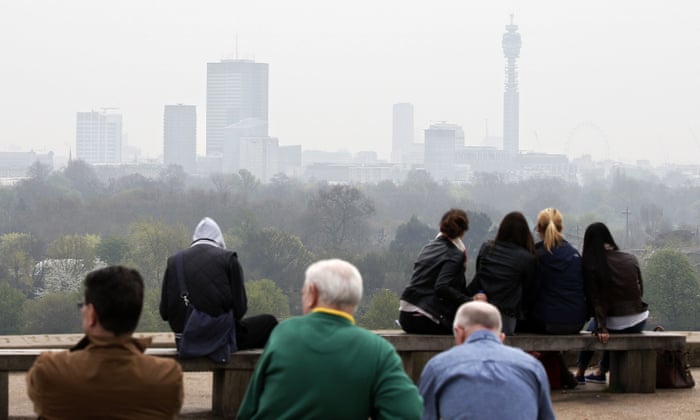 The microplastic particles found in London are large enough to be deposited on to the airways when inhaled. Photograph: Adrian Dennis/AFP/Getty Images