Can we harness the extraordinary power of rivers in a way that replenishes ecosystems, rather than harming wildlife?

The world’s most relied-upon renewable energy source isn’t wind or sunlight, but water. Last year, the world’s hydropower capacity reached a record 1,308 gigawatts (to put this number in perspective, just one gigawatt is equivalent to the power produced by 1.3 million race horses or 2,000 speeding Corvettes). Utilities throughout the globe rely upon hydropower to generate electricity because it is cheap, easily stored and dispatched, and produced with no fuel combustion, meaning it won’t release carbon dioxide or pollutants the way power plants burning fossil fuels such as coal or natural gas do.

As with other energy sources, however, hydropower is not without an environmental cost. Beyond the profound ecosystem impact of damming and diverting huge waterways, hydropower can wreak havoc on native aquatic species and their ecosystems. The majority of watersheds around the world – some of which have operated on hydropower for more than a century – are highly degraded, with polluted waterways and outmoded technology. Traditional reservoirs are often stagnant bodies of water; because of this, they are frequently sites of harmful algal blooms, or HABs, which are toxic to people, fish, shellfish, marine mammals and birds.

As well as profoundly altering the watercourse, large hydro dams can be a death-zone for fish. As well as obstructing their migratory routes, the fast-spinning turbine blades can cut them. If they make it past the blades, sudden changes in pressure can kill the fish, as can shear forces during passage through the turbine. 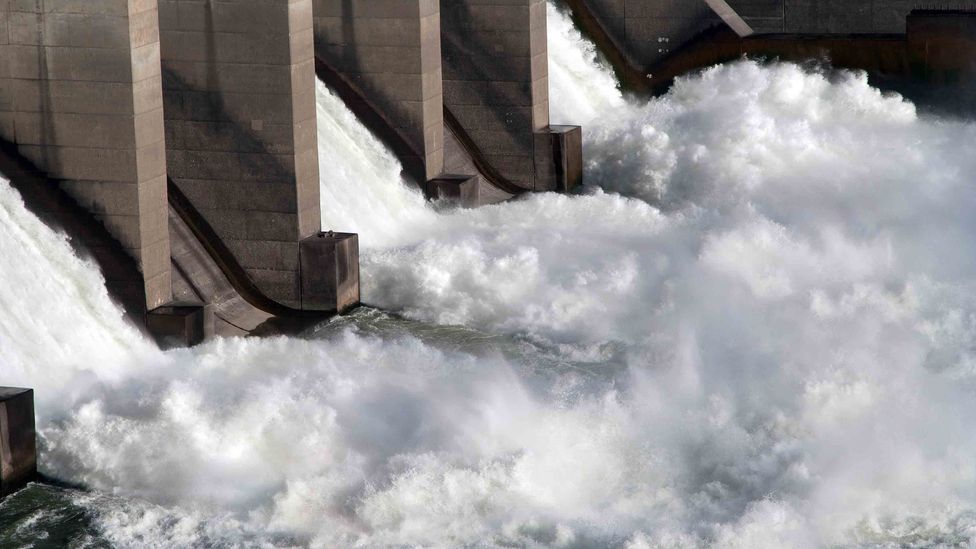 Sudden pressure changes for fish travelling past a traditional dam can kill them, even if they make it past the turbine blades (Credit: Getty Images)

Is it possible to make clean, renewable energy from rivers while actually restoring wildlife and the wider habitat? Engineers have been looking to change the future of hydropower through fish-safe turbines. The California-based company Natel Energy has partnered with Microsoft founder Bill Gates’ investment firm Breakthrough Energy Ventures to create a new, blunt-edged turbine that improves fish survival. As well as saving fish, Natel’s turbine aims to create climate-resilient hydropower that can withstand the vagaries of unpredictable rainfall.

“The challenge we address is how to harness the great attributes of hydropower as a renewable energy resource – its reliability and dispatchability – while reducing environmental impact and cost,” says Abe Schneider, chief technology officer of Natel and a mechanical engineer by training. “A fish-safe, compact, high-performance turbine does exactly that; when paired with better information about how much water will flow and when, the whole solution works together to create a modern hydropower system.”

Traditional hydropower plants work by harnessing the force and pressure of water flowing from a high point to a lower point through chutes in a dam. Near the bottom of the chute sits a turbine; water spins the turbine, which creates power that can be transmitted to businesses and homes. But this is also the main passage for migrating fish such as salmon or eel, which can get caught in the mechanism’s thin, sharp blades. 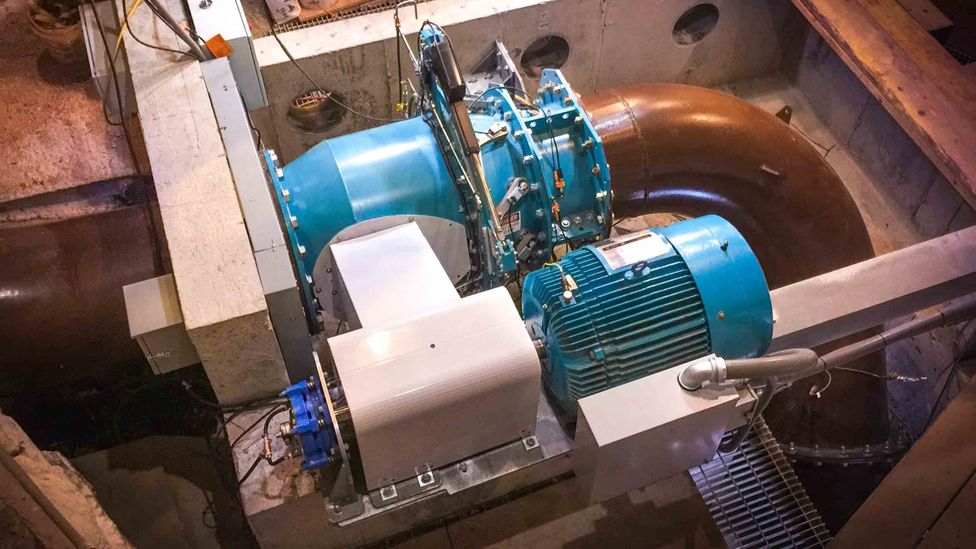 Natel Energy has already installed turbines intended to be friendlier to the wider ecosystem in Maine, US (Credit: Getty Images

Natel’s turbine, by contrast, uses curved thick blades; because of the nature of their design, the turbine can double allowed strike speeds, allowing for relatively small and inexpensive turbine size that also offer migratory fish safe passage. A pinwheel configuration (rather than spokes issuing straight out of a turbine’s hub) means the turbine’s blades deliver a glancing blow instead of a knife-like strike. “From an engineering perspective, a thick blade creates a pressure zone that helps shed material out of its path, almost like an airbag for the fish, so the impact is minimal,” says Abe. This design also obviates the need for a “trash rack” – a fine screen traditionally used to capture debris at the entrance to the turbine, often installed to keep small fish out of the machinery.

Abe co-founded Natel Energy with his sister Gia Schneider, also an engineer and the company’s chief executive; together, they recognised the conventional approach to hydropower wasn’t suited to modern conditions, because rain and weather patterns themselves are changing. As extended drought or flooding threatens regions throughout the world and climate change prompts unusual weather patterns, Natel’s reimagined form of hydropower can actually make watersheds more adaptable.

Natel’s turbine is paired with satellite technology that allows hydropower plant operators to monitor changing watershed conditions such as the spring “green up” (that is, when snow melts and plants begin to grow) and more accurately forecasts waterflow. As conditions on the ground change, this software uses machine learning to create real-time models of the surrounding landscape, which in turn enables more accurate water forecasts.

“The… concept is quite important to the future of hydropower because it provides an environmentally sustainable alternative to more conventional hydropower systems” says Stephen Amaral, a principal fisheries biologist at Alden Research Labs in Massachusetts. Alden Labs works to solve flow-related engineering and environmental problems across industries. Last year, the company conducted a series of blade-strike tests using a specially designed apparatus that allowed them to expose anesthetised fish to different turbine blade speeds and geometries. “Our most recent tests were with Natel’s turbines,” says Amaral. “We were able to demonstrate that fish survival was improved with the [turbine].” 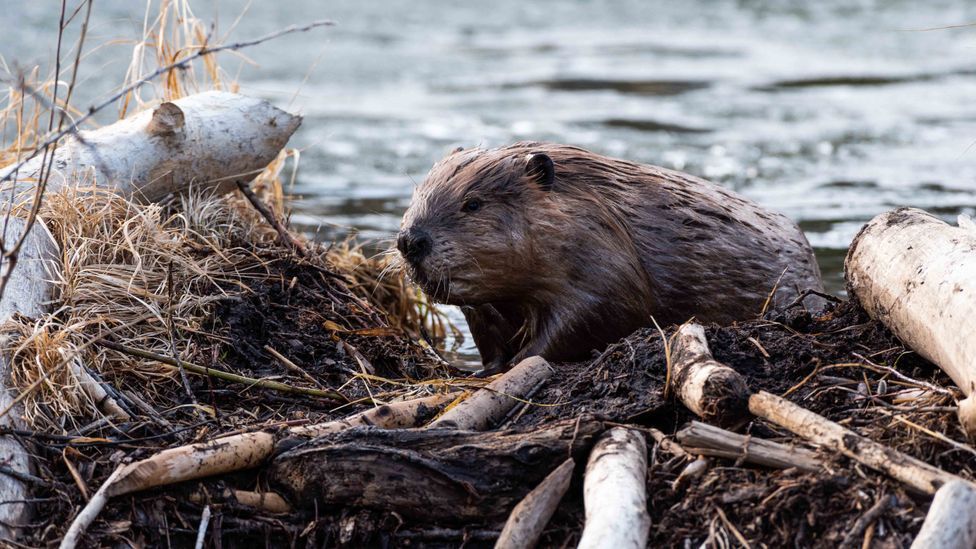 Natel’s vision, called Restoration Hydro, moves away from conventional large dams to a more distributed approach based on biomimicry. Before human intervention and the creation of aqueducts and canals, most North American rivers were clogged with woody debris and beaver dams. Cascades that mimic beaver structures cause water to slow down, creating small ponds and wetlands; this gives sufficient time for water to seep into the ground, which in turn raises the water table. A higher water table means more groundwater storage, which helps watersheds ride out long stretches of drought.

These linked distributed systems are specifically designed to restore river connectivity for fish and other wildlife, enhance water-supply sanitation and agricultural productivity, and support the livelihoods and socio-economic development of local communities, making Natel’s system an obvious choice for developing countries. “Our approach is a distributed one,” says Gia, “with smaller individual projects that are linked into groups operated in coordination so that we can generate hydropower without large dams.”

Because hydropower plants can generate power to the grid immediately, they provide essential back-up power during major electricity outages or disruptions (water power has in fact been in high demand during the Covid-19 crisis, as electricity generation has been little affected due to the degree of automation in modern facilities).

Though still in its early stages, Natel Energy’s turbine is already operational: the company opened their first hydropower plant in 2019 in the United States, and a second is in construction with commissioning planned for later this year. As companies throughout the world look to transition to a low or zero-carbon grid, better designed turbines can help achieve high reliability and power storage, enhancing climate resilience while keeping salmon happily swimming upstream.