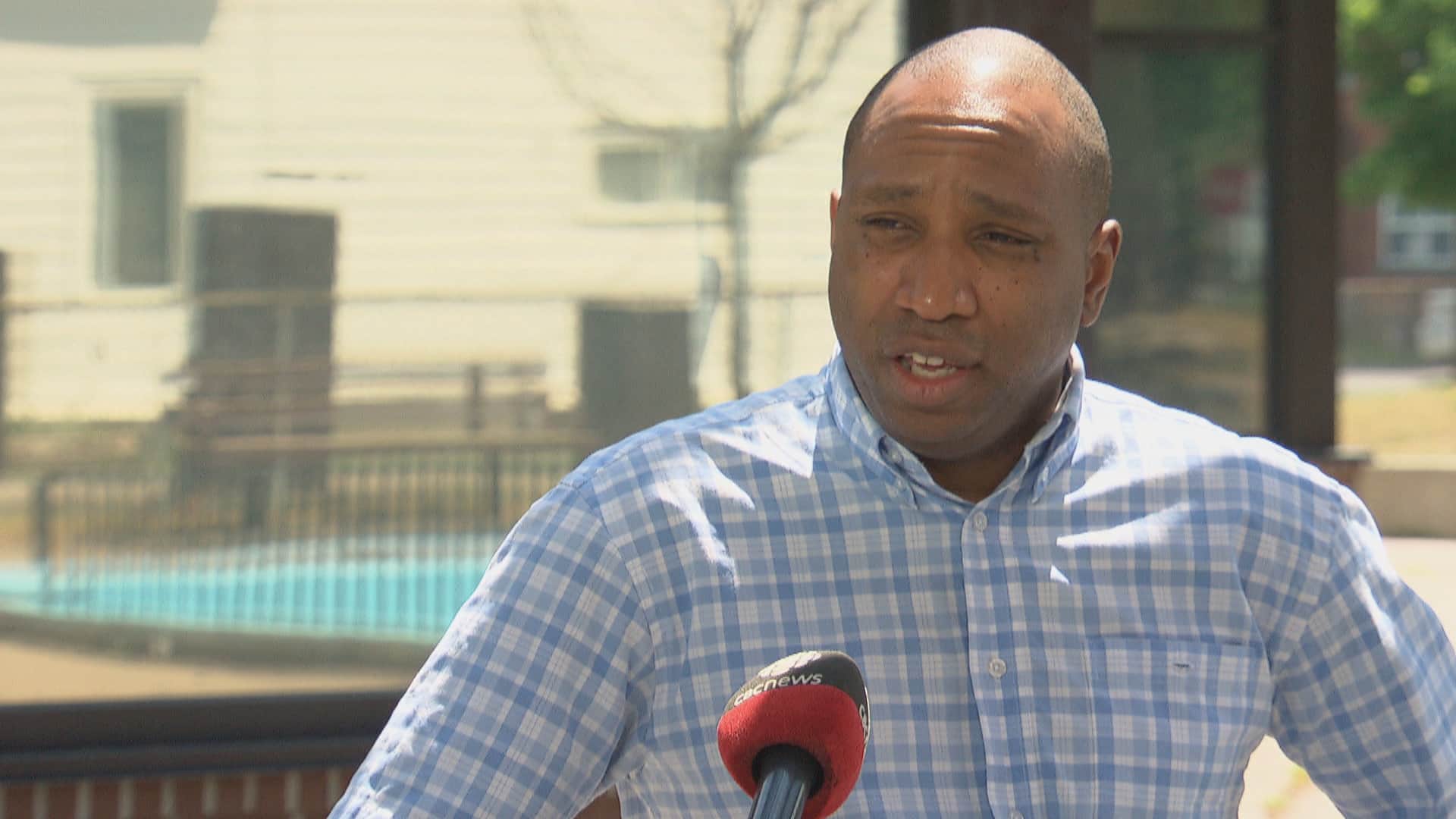 Coun. Rawlson King says defunding the police isn’t possible in Ontario the way it is in the United States. Instead, he’s calling for the city to direct more money toward social services and community organizations. 1:17

An Ottawa city councillor says while it’s not feasible to defund the Ottawa Police Service, it is possible to increase funding toward social programs that address the root causes of crime.

To that end, Rideau-Rockcliffe Coun. Rawlson King is calling on the federal government to put $15 million toward social service programming in the city.

It’s not straightforward to say we can take money from one envelope and put it into another.– Coun. Rawlson King

He said those kinds of services help empower people to make the right choices for themselves and their neighbourhoods.

King said as little as $5,000 could support an after-school program aimed at keeping young people on the right track, the kind of modest yet effective initiative he’s seen struggle to maintain funding.

While defunding the police has become a popular rallying cry, King said it’s impractical in the local and provincial context because city councils in Ontario are restricted in how they can direct local police services, and adequate police funding is written into the law.

“Structurally, it’s not possible to defund the police in the manner that it is in the United States,” King said. “It’s not straightforward to say we can take money from one envelope and put it into another.”

Last month, King, who is also Ottawa’s first-ever liaison on anti-racism, asked city staff to lay out potential options for engaging the public on the subject of police reform.

In their response, staff said municipalities have limited control over the size and mandate of their police services, which fall under provincial jurisdiction. Ottawa’s police services board controls the budget, and the Ontario Civilian Police Commission can overrule any cuts that are deemed detrimental to police fulfilling their legal requirements.

Kelli Tonner, co-chair of the Coalition of Community Health and Resource Centres of Ottawa, said the centres are eager to be part of the conversation about improving social services and fighting anti-Black racism.

She said King’s funding proposal would provide an opportunity to build on existing initiatives, such as the counselling teams that are called into communities after violent incidents.

“They could be incidents of gun violence, trauma, suicide — situations where the community as a whole is impacted,” Tonner said.

“The idea is that perhaps with additional investments we could look at reorganizing how we work, and perhaps send out teams of crisis intake and counsellor workers to try to address things before they happen.”

“We can’t address systemic issues with short-term funding,” Obiorah said. “The issues that exist in the community … they don’t go away when the funding envelope dries up.”

In 2016, the Canadian Community Health Survey conducted by Statistics Canada found that Black Canadians were 60 per cent less likely than white Canadians to seek mental health treatment because of stigma, fear or poor interactions with health-care providers.

Obiorah said programs at the centre help break down those kinds of barriers by having the community participate in their design.

Recently, her centre started a support line specifically for Ottawa’s African, Caribbean and Black community. The line, staffed three hours a day, aims to address issues related to COVID-19 that have emerged.

More stable funding would allow for longer hours of operation and could even turn it into a permanent resource, she said.