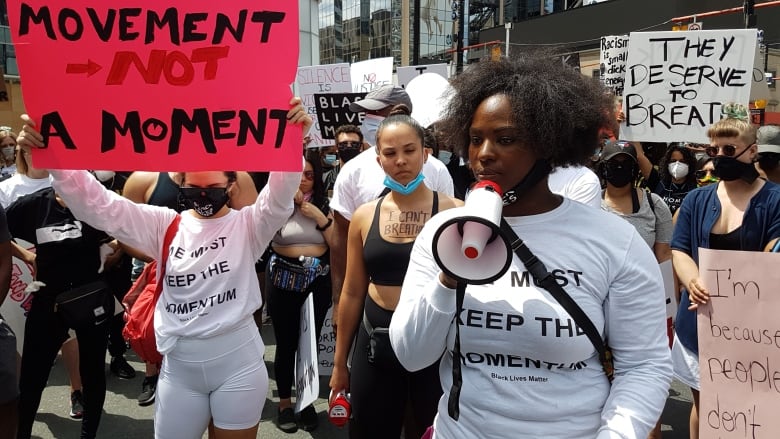 I am a young Canadian Black man and I feel fortunate and privileged to have grown up in this country. I was born in Ghana and my family immigrated to Canada when I was young in pursuit of a better quality of life.

On Sept. 26, 2019, my phone rang. It was Prime Minister Justin Trudeau. He was calling in the wake of the now-notorious “blackface incident.”

Trudeau apologized for putting me — a racialized member of the Prime Minister’s Youth Council — in what he characterized as an “awkward position.”

The prime minister also told me that he was embarrassed and concerned about how his family, peers and the public would view his actions and his character. He acknowledged that many of us, including people within the government, have blind spots because of their privilege and world view.

I respect him for this gesture and recognized the courage it took to make the call.

I was more concerned, however, about how our leader would assure Canadians and the rest of the world that what happened, however many years ago, was not cool then — and is not cool now.

During our conversation in September, my recommendations to the prime minister were specific and straightforward. I urged Trudeau to lead by example and to mandate that all elected officials and decision makers in government receive anti-racism education and training. He agreed with me. He promised changes.

Some of those changes came to pass, such as the appointment of Bardish Chagger as minister of diversity and inclusion and youth in November 2019 and the establishment of an Anti-Racism Secretariat the following month.

But these attempts at change by the man at the head of the ‘national table’ stand in stark contrast to the impressive acts of solidarity by the Black Lives Matter movement. People traumatized by images of death and pain have come together in acts of courage and determination across Canada.

I am disheartened by people in power — but I am encouraged by the power of the people.

I don’t want to diminish the work of the prime minister or of the Canadian government. I understand efforts are being made. There is momentum right now for the Black Lives Matter movement from coast to coast, but we need some concrete steps to turn that momentum into positive change.

On June 8, my Youth Council colleagues and I penned a letter calling on the prime minister and his cabinet to endorse and implement our anti-racism calls to action. These calls to action are relevant to all levels of government and any elected official.

While “training” isn’t the only answer for our elected officials and publicly funded institutions, it is absolutely necessary that people in powerful leadership positions be educated about the racist and oppressive nature of the systems they’re operating in. #RacismInCanada

Alfred Burgesson
@AlfredHFX
If our leaders are informed, this will enable them to reflect and identify when policies or programs are inadvertently marginalizing, criminalizing and racist in reality. #RacismInCanada

During our recent youth council virtual gathering on June 26, the prime minister addressed these calls to action and recognized their importance and relevance.

But I don’t see any changes — and I cannot wait any longer.

To the members of the PM’s Youth Council who shared their perspectives on – and experiences with – systemic racism, thank you. Conversations like the one we had yesterday are key to bringing about change, and I continue to be inspired by your leadership on this and other issues.‬

That’s why I’ve launched CollectiveAction.ca to facilitate public engagement and stimulate action via customized messages directed to elected officials. Add your voice to the calls to action and engage your local elected representative wherever you are today.

It’s not enough to talk about change in front of a camera or on a stage, or with a social media post. We must tear down and dismantle systems that perpetuate injustice and begin to change the way we govern society fundamentally.

Elected officials from the prime minister down must be held accountable while being given specific direction on what we — the people who put power into their hands— want that change to be.

The time for talk is over.  It’s time for collective action.

Alfred Burgesson is a member of the Prime Minister’s Youth Council from Halifax, Nova Scotia. He is the creator of collectiveaction.ca — a platform encouraging an inclusive and participatory democracy.