When analyzing the Green New Deal, author and plant scientist Stan Cox says it has two distinct parts: “The ‘new deal’ part is pretty good, with its provisions for job and income guarantees, for economic justice and racial justice, and for Indigenous rights and workers’ rights,” he says. “The ‘green’ part of the Green New Deal, in contrast, is inadequate. It’s inadequate to the point of even being self-defeating.”

Rather than cutting greenhouse emissions “as much as is technologically feasible,” as the Green New Deal suggests, Cox calls for a direct mechanism to drive fossil fuels out of the economy entirely. This is the central theme in Cox’s new book: “The Green New Deal and Beyond: Ending the Climate Emergency While We Still Can.” In a teach-in co-hosted by Yes! Magazine, Cox discussed the current ecological crises and tangible steps toward sustainable and equitable resolution.

Cox was joined by his colleagues from The Land Institute in Salina, Kansas: writer and teacher Aubrey Streit Krug, who directs the Ecosphere Studies program; and Wes Jackson, founder and president emeritus of The Land Institute, and an early leader in the sustainable agriculture movement. Together they broke down the history, policy, and societal shifts they think will be necessary to make just and lasting change.

To understand why we, as a species, have not been successful at turning the current corner, Wes Jackson looks back at deep history—humans began with agriculture and discovered highly dense carbon along the way. “We end up with an industrial economy, and we become increasingly a species out of context.” To put people back in the ecological context in which they belong, Jackson says, we should embrace constraints rather than try to outsmart them.

To do so fairly will require concerted effort and collective action. It requires people to not just care about human communities and the more-than-human world, but to care for them, Aubrey Streit Krug says. “If we were able to begin to figure out how to value care work,” she says, “that would be part of a radical reorientation toward justice, and it would also be building the kind of social capacity we need to start and sustain change.”

Watch the entire conversation above, or read the transcript here. 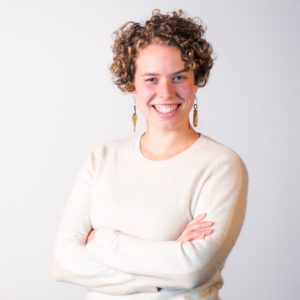 BY BREANNA DRAXLER is the climate editor at YES! She covers all things environmental.
CONNECT:  Twitter  LinkedIn