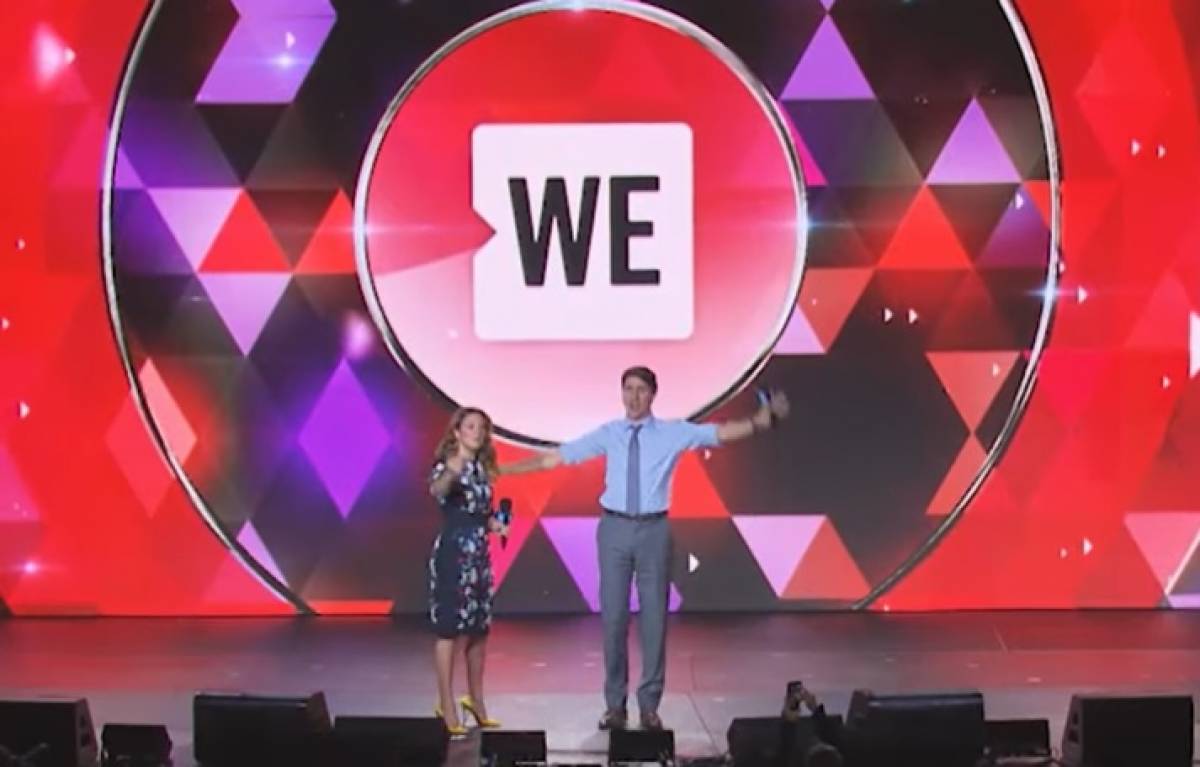 Video: Sophie and Justin Trudeau appeared at this WE Day event at the UN in 2017.YOUTUBE SCREEN SHOT

An Ottawa-based watchdog group believes that two opposition MPs didn’t raise all possible violations of the ethics rules in their request for a conflict-of-interest investigation of Prime Minister Justin Trudeau.

So Democracy Watch has written to ethics commissioner Mario Dion requesting a second probe that will examine if anyone acting on Trudeau’s behalf participated in or attempted to influence a public servant’s decision regarding a sole-source $19.5-million contract to WE Charity.

In its letter to Dion, Democracy Watch has requested that he recuse himself from conducting the inquiry “because you were appointed by the Trudeau Cabinet, and also because of your statements showing bias against effective enforcement”.

“Your communications state that you are not going to investigate one of the most important allegations raised by this situation, namely: Did the Prime Minister and/or anyone acting on his behalf in the Office of the Prime Minister or the Office of the Privy Council, and/or a deputy minister, associate deputy minister, deputy head or associate deputy head in the Government of Canada acting on his behalf, participate in the decision or attempt to influence anyone’s decision to recommend a solesource contract be given to WE Charity?” wrote board member Duff Conacher on behalf of Democracy Watch.

The 14-page letter was released after the Globe and Mail published an article noting that the prime minister’s chief of staff, Katie Telford, did not recuse herself from discussions around the contract to WE Charity to administer the $900-million Canada Student Service Grant program.

“Democracy Watch’s position is that there is reason to believe that there was an attempt by the Prime Minister or someone acting on his behalf participate in the decision or to influence the recommendation to give WE Charity a sole-source contract and that, therefore, this part of the situation needs to be investigated,” Conacher wrote.

Democracy Watch has also asked for an ethics probe into Finance Minister Bill Morneau, who did not recuse himself from cabinet discussions about the contract to WE Charity even though it employs his daughter.

Money flows back and forth between Me to WE and WE Charity, according to Charity Intelligence, which monitors registered charities.

Trudeau’s wife does a free podcast for the charity and has had travel expenses reimbursed when she’s spoken at the charity’s events. Conacher’s letter cites WE Charity’s description of her as “more than an ambassador of WE Well-being, she is its mentor, booster and champion”.