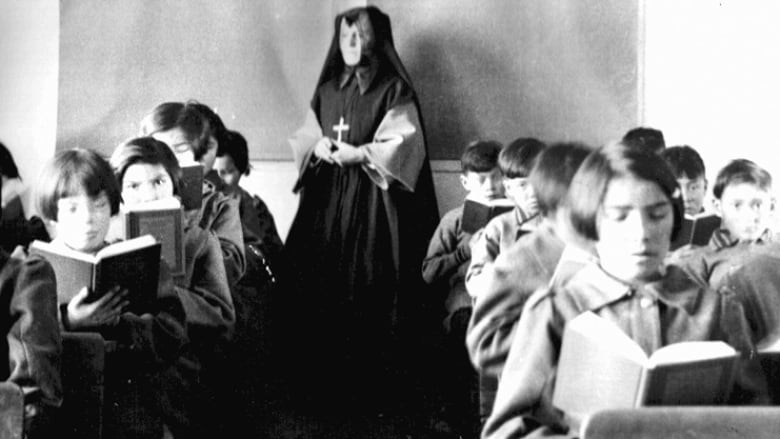 Ottawa says it doesn’t need to provide records to reopen St. Anne’s residential school compensation cases that were settled before a court ordered the federal government to turn over thousands of police files that itemized widespread abuse at the institution, according to a recent court filing.

Federal lawyers argue the 2014 and 2015 Ontario court orders did not cover compensation cases settled before the rulings, even if the police files could have impacted the outcome of the cases.

“Nothing in those orders required Canada to make filings on concluded claims,” reads a June 25 federal Department of Justice filing with the B.C. Supreme Court.

“There was no specified right of retrieval of documents for claimants whose claims had been concluded.”

The federal filing aims to quash an attempt by St. Anne’s residential school survivors to reopen compensation cases they argue could have been influenced by the existence of the Ontario Provincial Police records that itemized hundreds of cases of abuse that occurred at the institution in Fort Albany First Nation, along Ontario’s James Bay coast.

The OPP investigation, launched in 1992, lasted six years and produced thousands of pages of records that included about 900 statements from 700 victims describing assaults, sexual assaults, suspicious deaths and a multitude of abuses at the school from 1941 to 1972.

In the end, investigators identified 74 people as suspects and seven were charged, leading to five convictions for crimes committed at the school.

The Independent Assessment Process (IAP) was created by the Indian Residential Schools Settlement Agreement to compensate former students for abuse suffered at the schools.

However, for the first seven years of the IAP process — which began in 2007 — the federal government never disclosed the existence of the records or mentioned the OPP investigation in the St. Anne’s “school narrative,” which compiled the history of the institution.

In 2014, and again in a follow-up 2015 order, the Ontario Superior Court ruled Ottawa should turn over the investigation records for use in the IAP.

This led to a number of legal actions by St. Anne’s survivors seeking to reopen compensation cases settled before the release of the police documents.

Given their scope and detail, the existence of the police records would have bolstered any compensation claim from St. Anne’s. In particular, the documents would have impacted student-on-student abuse claims which required proof that school staff knew or should have known abuse was occurring in the institution.

Now, St. Anne’s survivors are relying on an April 2019 Supreme Court decision — that determined courts could play a role in a IAP case on “fresh evidence” grounds — to renew their fight.

The three St. Anne’s survivors, who are identified as S-20774, T-00185 and S-16753 in records, are seeking unredacted persons of interest reports (POIs) — files itemizing allegations of abuse logged against individuals at the schools — and they are asking the court to compel their release. These POI files expanded substantially with the added allegations contained in the police records.

One survivor had their claim rejected and the two others believe they failed to get compensation for more serious abuse because they didn’t have the evidence to back up their claims,

The survivors need the documents to decide whether they should go to court and have their compensation cases reopened, according to the filing.

“Canada owes production of fresh evidence for St. Anne’s IAP claims, but Canada has not done so,” said the court filing from the St. Anne’s survivors, known as a Request for Direction.

Ottawa argues previous attempts to reopen St. Anne’s compensation cases failed in the courts and the 2019 Supreme Court decision didn’t alter that reality. Federal lawyers also argue that the wording of the high court ruling does not support the core legal arguments in play.

“A change in the law does not sanction a litigant to reinstate a proceeding that was previously determined against them under a different operative law. Finality in this regard is a crucial facet of the rule of law,” said the federal filing.

“In any event, the St. Anne’s requestors’ theory about the significance of [the Supreme Court decision] does not accord with the actual contents of that decision.”

Ottawa also argued that a court-set deadline to seek judicial recourse on IAP settled claims had passed in February 2017.

Edmund Metatawabin, a former chief of Fort Albany who played a key role in spurring the OPP investigation, is representing the three survivors in the court filings. He said Ottawa has consistently resisted any attempts by St. Anne’s survivors to get justice for the federal government’s failure to disclose the police records.

“It would help if the government would say ‘we acknowledge that and we will help you in the recovery,’ but their form of reconciliation is just to forget the whole thing,” said Metatawabin.

“We are survivors, we were there to experience the horrors of abuse, we were there every day, trapped there as young children at the school at the mercy of those sick people.”

A related hearing is scheduled before the Ontario Court of Appeal on Thursday over a recent ruling to have the case heard before the B.C. Supreme Court. St. Anne’s survivors want the hearing heard in Ontario.

Crown-Indigenous Relations Minister Carolyn Bennett’s office did not provide a comment by the time of publishing. Bennett’s department provides instruction to Justice Canada on the litigation.