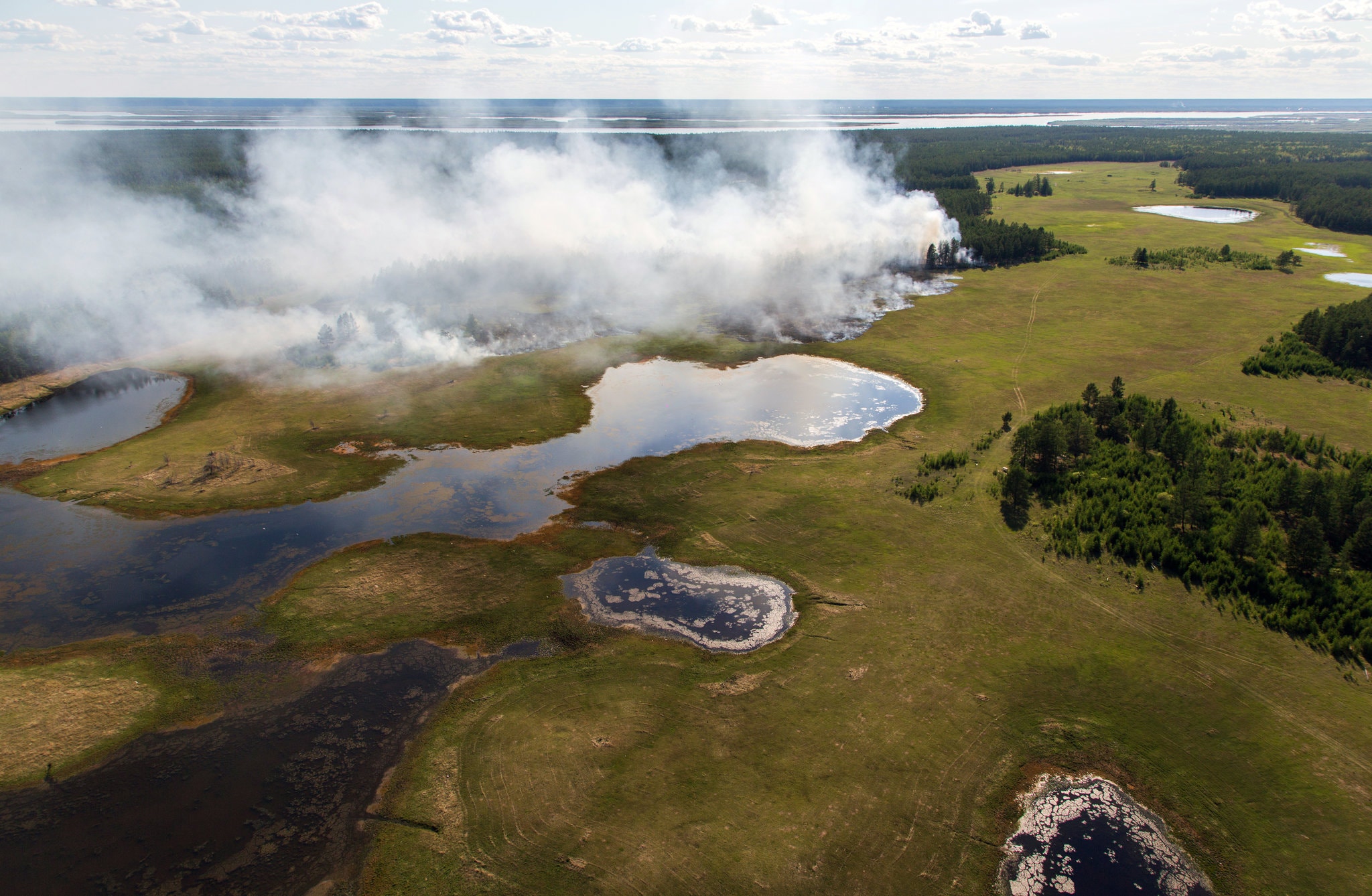 A fire in the Yakutia region of Siberia in early June. Verkhoyansk, a town in Yakutia, hit 100 degrees Fahrenheit later in the month. Credit…Yevgeny Sofroneyev/TASS, via Getty Images

Intense wildfires in the Arctic in June released more polluting gases into the Earth’s atmosphere than in any other month in 18 years of data collection, European scientists said in a report Tuesday.

These fires offer a stark portrait of planetary warming trends.

The Arctic is warming at least two and a half times faster than the global average rate. Soils in the region are drier than before. Wildfires are spreading across a large swath. In June, fires released 59 million metric tons of planet-warming carbon dioxide, greater than all the carbon emissions produced by Norway, an oil-producing country, in a year.

The last time fires in the Arctic were this intense or released such a large volume of emissions was last year, which itself set a record.

“Higher temperatures and drier surface conditions are providing ideal conditions for these fires to burn and to persist for so long over such a large area,” Mark Parrington, a fire specialist at the European Center for Medium-Range Weather Forecasts, which issued the report, said in a statement.

Exceptionally high temperatures in Russia’s Far North are also a harbinger of an unusually hot year worldwide. Average global temperatures this June nearly matched the record for 2019, and this year as a whole stands to be among the five hottest years on record. Average temperatures in Europe in June were 1.3 degrees warmer than the average over the period between 1981 to 2010, according to European data.

Temperatures in Verkhoyansk, a Siberian town best known as a place of exile in the czarist era, hit a record 100 degrees Fahrenheit, or 38 degree Celsius, on June 20. In the Siberian Arctic, scientists said, the soil is drier than ever, and snow cover reached a record low in June 2020.

That data is consistent with a pattern of warming confirmed by other scientific reports. And Arctic warming has an effect elsewhere: Many studies, including one in 2018 by the United States National Oceanic and Atmospheric Administration, found that the persistent warming of the Arctic may be influencing extreme weather events around the world.

The scientists at the European Center noted that while fires are part of the ecology of the Arctic, the size and intensity of the fires in the past two years are “cause for concern.”

By releasing so much carbon dioxide, the fires are contributing to global warming. And scientists say the fires could also lead to more thawing of Arctic permafrost. Decomposition of the organic matter, like dead vegetation and animals, in this previously frozen ground would result in the release of more methane, another potent greenhouse gas.

Smoke from the Siberian fires seems to be spreading across the northern Pacific, reaching as far as the Pacific Northwest, scientists at the center said.

There are other fire seasons looming. In Brazil, with a government that seeks to open up more forest for industry as well as lax enforcement during the coronavirus pandemic, vast swaths of the Amazon have been cleared in recent months for agriculture, mining and logging. They are likely to be set ablaze in the season that starts in August, and those fires could spread across the Amazon, as they did last year.

The Brazilian Amazon has lost nearly 1,300 square miles of forest since January, a 20 percent increase in cutting from the same period last year, according to the Amazon Environmental Research Institute and the Woods Hole Research Center in Massachusetts. The resulting carbon emissions from that deforestation are equivalent to emissions from 25 million vehicles over a year. That’s not counting emissions produced by wildfires during Brazil’s dry season.

The Amazon fires of 2019, in addition to forest fires in Indonesia and the Arctic, drove up global fire-related annual emissions after years of steady decline.

By Somini Sengupta is an international climate correspondent. She has also covered the Middle East, West Africa and South Asia for The Times and received the 2003 George Polk Award for her work in Congo, Liberia and other conflict zones. @SominiSengupta • Facebook