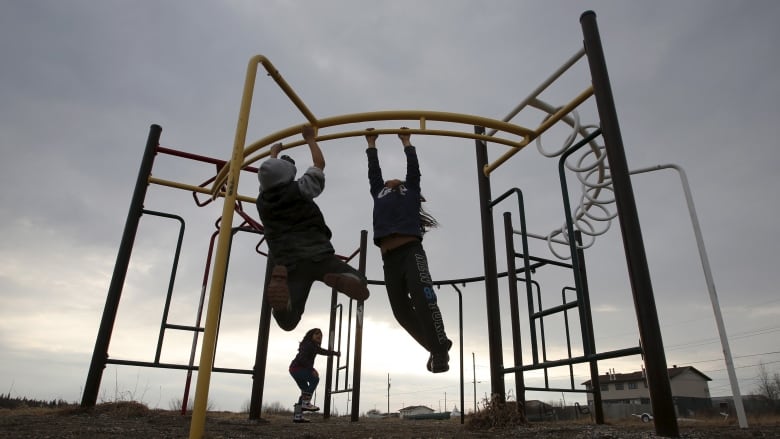 The federal government signed an agreement with the Assembly of First Nations Tuesday to outline how it will fund an overhaul of the First Nations child welfare system — a detail that was left out of recent legislation.

The Trudeau government last year passed Bill C-92 — officially known as An Act Respecting First Nations, Inuit and Métis Children, Youth and Families — to reduce the number of youth in care, and allow communities to create their own child welfare systems to bring and keep their youth home.

The groundbreaking legislation came into effect this year but did not include any funding tied to the law.

The agreement signed today has no dollar figure attached. Miller said “complex” discussions are underway now to settle on just how much money is needed. The AFN has pegged the cost of a new First Nations-led child welfare system at $3.5 billion.

Miller said some communities are ready to take up this work now, but the pandemic has slowed progress. He said it will take “many years” of discussions to establish a First Nations system separate from the current model.

Bellegarde said the agreement is about devolving power from the provincial care systems — where Indigenous children are vastly over-represented — to individual First Nations, so that more children can remain in their home communities.

“This is really about making a difference for children in care. First Nations law should be paramount,” Bellegarde said.

He said there are 40,000 First Nations kids in the child welfare system now. “We know it’s not acceptable; we know it’s not right. We need to start focusing on prevention,” he said, referring to a system that is less reliant on apprehension of children.

Some provinces have been more willing than others to hand over this authority to First Nations, Bellegarde said. Quebec has launched a constitutional challenge to the law, saying these social services are the exclusive responsibility of the provinces. Bellegarde said Quebec Premier François Legault shouldn’t waste taxpayer dollars on a legal fight and instead commit money to supporting First Nations care for their children.

“I’d prefer to be in a discussion about who is doing the best job by Indigenous children, and not who has the right to be doing a miserable job — which is what we’ve been doing up to now,” Miller said of the provincial squabbling.

Beyond a promise to create this fiscal table, Ottawa and the AFN committed Tuesday to holding regular bilateral meetings to ensure C-92 is fully implemented.

During these meetings, the two parties will develop a “national distinctions-based policy” to ensure standards of care are uniform. They will also co-develop “tools and mechanisms” to help First Nations implement this program.

Ottawa has not yet been asked by the Métis or the Inuit national organizations to sign an agreement like the one penned today by First Nations, Miller said.

Longtime Indigenous child advocate Cindy Blackstock, the executive director of the First Nations Child and Family Caring Society, has seen the draft protocol, which is not legally binding.

“It’s really unclear to me what this actually is going to mean on the ground, and how it’s going to be different from the countless other memorandums of understanding and other documents the federal government has signed over the years,” Blackstock said.

Blackstock said it’s difficult for communities to establish and operate their own systems under the law without any attached funding.

“This becomes kind of like a paper tiger,” Blackstock said. “That’s why the funding element is so critical to really making this bill a real game-changer for kids.”

Bill C-92 also created national standards on how Indigenous children are to be treated. For example, when looking to place kids in foster care, authorities are to prioritize extended family and home communities.

Indigenous children make up seven per cent of Canada’s population, but they represent more than half of youth in care, according to the 2016 census.

There are more Indigenous children in care now than at the height of the residential school era.

Blackstock said Ottawa always had money to address the inequalities within the Indigenous child welfare system, as shown from the billions of dollars being spent on COVID-19 relief.

“They simply chose not to do it,” Blackstock said.

“They may be wanting to use this as political cover, but hopefully I’m wrong. Hopefully, it actually is something that’s going to be meaningful change.”

Olivia Stefanovich is a senior reporter for CBC’s Parliamentary Bureau based in Ottawa. She previously worked in Toronto, Saskatchewan and northern Ontario. Connect with her on Twitter at @CBCOlivia. Story tips welcome: olivia.stefanovich@cbc.ca.