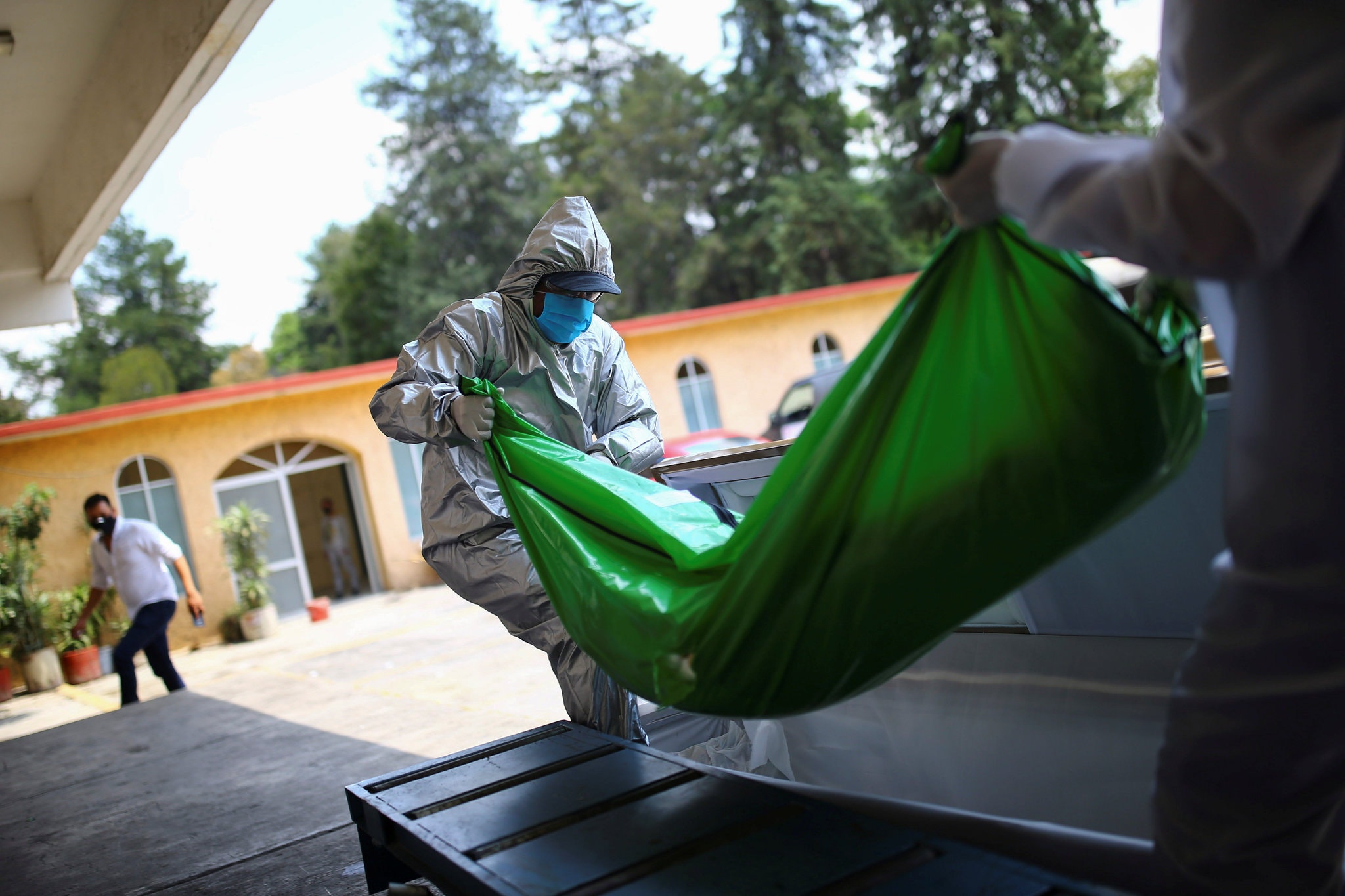 Crematorium employees removing a victim of the coronavirus in Mexico City.Credit…Edgard Garrido/Reuters

The coronavirus has hit the poorest the hardest, but until recently, they have mostly been in wealthy countries. Now, even as the pandemic continues to claim lives in high-income countries — and especially the United States — it’s spreading with ferocity in lower- and middle-income countries. The virus has infected at least 1.5 million people in Brazil and claimed more than 60,000 lives there. India ended June with around 600,000 cases; it started the month with just under 200,000.

With limited health resources, widespread poverty, large debt burdens and, in some cases, political instability and conflict, developing countries are the new front line in the pandemic.

For countries like the United States and Britain, helping the developing world fight the virus and avoid a humanitarian catastrophe is a moral imperative. Those who have benefited from globalization should help pay when it ails. But it is not just cruel to ignore the rest of the world, it’s also against wealthy countries’ self-interest. No country is reliably insulated from a highly contagious virus as long as it persists anywhere.

Just as the virus can spread rapidly across borders, so can economic ills. Many emerging market countries have strong economic links to developed economies. Imagine a future of rolling outbreaks throughout the developing world. One month, factories in Mexico that supply auto parts, health equipment and other goods to the United States might have to close, as already happened this spring. The next month, South Africa might need to suspend mining operations and curtail exports of vital minerals, halting production of phones and computers. And so on through many regions and sectors.

Developing countries are buyers of exports, sources of raw materials and manufactured components, and destinations for investment. Getting the virus under control in these countries is key to developed economies moving forward on the difficult path to recovery.

Moreover, the pandemic has the potential to create social and political disruption and instability. Governments could fall, migration could rise and ungoverned space could expand as the economic effects of the outbreak push tens of millions of people into extreme poverty, create greater competition for limited jobs and exacerbate tensions in already fragile states like Mexico, Nigeria and Pakistan. The cost in aid, loans and security support down the road could far outstrip the costs of tackling the disease now.

The starting point of a smart response from wealthy countries like the United States is to support the hand-washing stations, fever testing, isolation centers and public information that are in such short supply in some developing countries. There are alarming holes in the global health infrastructure — epitomized by abysmal levels of coronavirus testing.

Though the United States isn’t in control of the disease at home and the Trump administration is breaking away from the World Health Organization, America remains the most important global player when it comes to humanitarian relief. The world desperately needs American leadership — and help.

However, while Congress has pledged $1.59 billion in international assistance for the pandemic, it is reported that, as of last month, three months into the crisis, just $11.5 million had been delivered to aid groups on the ground. And a $7.48 billion United Nations appeal to tackle the coronavirus has yielded only $1.62 billion in pledges.

As therapeutics and vaccines are discovered, tested and produced, developing economies must have fair access to the drugs. Though global demand will be high, an international bidding war for vaccine doses  — similar to the chaos created by the scramble for personal protective equipment — is both unethical and unwise.

At the height of the global AIDS crisis, Kofi Annan, then secretary general of the United Nations, proposed a large international fund that would buy critical drugs at a fair price, maintaining drugmakers’ incentive to invest in development, and then distribute them where needed at affordable prices. That call eventually became the Global Fund to Fight AIDS, Tuberculosis and Malaria, which has helped save 32 million lives since its founding. That’s what the world needs now.

Even if the Trump administration is currently unlikely to support an international effort to distribute drugs, other advanced countries acting together could create the political pressure to bring the United States in.

The coronavirus pandemic is a dual emergency: an economic as well as a public health crisis. The shutdown of the global economy has left many heavily indebted developing countries facing a pressing debt crisis that could have even greater spillover effects. The major industrialized countries should lead efforts to increase debt relief for heavily indebted developing countries. The suspension of debt payments approved this spring by the Group of 20 is only a first step. Substantially more relief is likely to be needed, including from China, which is now a major creditor in emerging markets.

None of these steps would detract from domestic responses to the pandemic and the economic damage it has caused. But the upside would be significant: reducing the chance of renewed outbreaks in large developed countries, protecting globally connected economies and heading off the pandemic’s potentially disastrous geopolitical and economic consequences.

That’s why providing support to developing countries is not only morally right, but also powerfully in the self-interest of richer states.

Robert E. Rubin was the secretary of the Treasury from 1995 to 1999. David Miliband, a former British foreign secretary, is the chief executive officer of the International Rescue Committee.