The science has been settled to the highest degree, so now the key to progress is understanding our psychological reactions 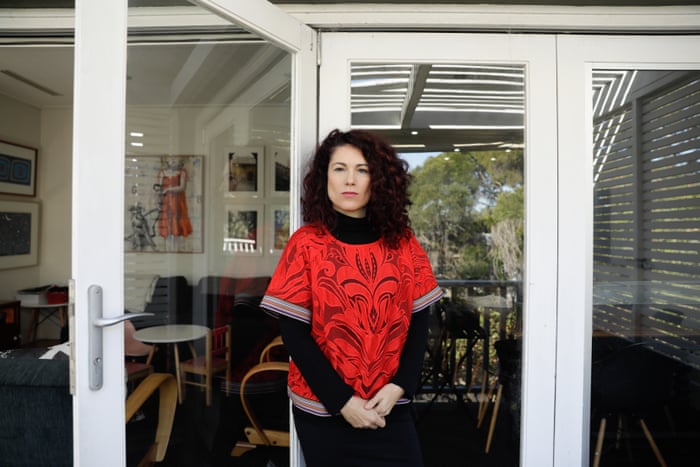 Rebecca Huntley, an Australian social researcher and expert on social trends, at home in Sydney. Her new book is How to Talk About Climate Change in a Way That Makes a Difference. Photograph: Carly Earl/The Guardian

It took me much longer than it should have to realise that educating people about climate change science was not enough. Due perhaps to my personality type (highly rational, don’t talk to me about horoscopes, please) and my background (the well-educated daughter of a high school teacher and an academic), I have grown up accepting the idea that facts persuade and emotions detract from a good argument.

Then again, I’m a social scientist. I study people. I deal mostly in feelings, not facts. A joke I like to tell about myself during speeches is that I’m an expert in the opinions of people who don’t know what they’re talking about. Over the 15 years I’ve been a social researcher, I’ve watched with concern the increasing effects of climate change, and also watched as significant chunks of the electorate voted for political parties with terrible climate change policies.

There is clearly a disconnect between what people say they are worried about and want action on and who, when given the chance, they pick to lead their country.

The science behind climate change has been proven correct to the highest degree of certainty the scientific method allows. But climate change is more than just the science. It’s a social phenomenon. And the social dimensions of climate change can make the science look simple – the laws of physics are orderly and neat but people are messy.

When social researchers like me try to analyse how a person responds to climate change messages the way they do, we’re measuring much, much more than just their comprehension (or not) of the climate science. We’re analysing the way they see the world, their politics, values, cultural identity, even their gender identity. It wouldn’t be a stretch to say we’re measuring their psyche, their innermost self.

In his book Why We Disagree About Climate Change, the British professor Mike Hulme argues that this is one of the reasons we argue so much about the issue. “The sources of our disagreement with climate change lie deep within us, in our values and in our sense of identity and purpose,” he writes. “They do not reside ‘out there’, a result of our inability to grasp knowingly some ultimate physical reality.”

It follows that to help resolve, even to some degree, the conflict and disagreement about climate change in the community, we need to understand those different belief systems and the emotional responses and social forces that shape them. And take them into account when we communicate about climate change and what should be done.

This is even more important given how politicised climate change has become, especially in countries like the US and Australia. US research from has shown that reactions to climate change as a topic were becoming increasingly polarised along partisan lines around the late 1990s. He argues that the climate change views of Democrats and Republicans were not significantly different until the Kyoto protocol negotiations of 1997, when policymakers started to explore possible solutions to global warming.

In an article for the academic journal Risk Analysis, the head of Yale’s program on climate change communications, Tony Leiserowitz, showed that in 2003, when respondents were asked in surveys for their first reaction to the phrase “global warming”, only 7% reacted with words like “hoax” or “scam”. By 2010 that had risen to 23%. There was a parallel trend in the UK: between 2003 and 2008, the belief that claims about climate change had been exaggerated almost doubled from 15% to 29%.

The huge success and positive impact of Al Gore’s first documentary, 2006’s An Inconvenient Truth, had the less-than-positive side-effect of strongly associating the issue with the progressive side of politics. Today, as Leiserowitz comments, climate change scepticism and even denial in the US have become part of a cluster of beliefs (along with anti-abortion and anti-immigration) that are obvious markers of Republican allegiance.

In my own social research with Australian voters, I see this politicisation all the time. Nowadays, I don’t even have to ask how someone voted in the last election to hazard a guess about their views on climate change. Sometimes all it takes is for me to ask them how they feel about the role of government (Are you taxed too much? Do you feel there is too much regulation?) and what media they trust the most (blogs and social media or public broadcasters?).

The degree of polarisation in places like Australia and the US is not universal. The esteemed Pew Research Center found in 2015 that in “Canada, Germany and the United Kingdom, followers of conservative parties are much less likely than followers of liberal or green parties to believe they will be harmed by climate change”. But in many other countries there are much less pronounced political differences, and much less public and political interest in contesting the science.

For environmental activists in these less-polarised countries – often countries already feeling serious impacts from climate change but emitting negligible amounts of CO2 –the endless debate about the truth of the climate science in the big western countries is gobsmacking. Activists have expressed their frustration and disbelief, and it’s contributed not a little to their despair about progress at an international level.

So when it comes to talking to people about climate change, it helps enormously to think about it not just as a scientific question but as a social and political one. But understanding how people’s already existing (and often entrenched) political allegiances influence their response to climate change is only part of the picture. Understanding their emotional reactions is even more important, and that leads us from politics towards psychology.

Viewing the climate change issue through a psychological lens yields endless important insights into why we are where we are. Have a look at the must-watch 2018 Ted Talk by the meteorologist J Marshall Shepherd, on three kinds of bias that shape your worldview. As a self-proclaimed weather geek, he often gets asked if he believes in climate change. He finds the question odd because science isn’t about belief. It’s about proof that things are real or not. He is agog at the chasm between what scientists know to be true and what surveys have shown the US public believes about issues like vaccinations, evolution and, of course, climate change.

This has led the natural scientist to start thinking about psychology, namely what biases shape our perceptions of the world around us. He picks three big ones. The first, and probably the most obvious, is confirmation bias, namely that we zero in on evidence that supports what we already believe. Confirmation bias is even more pronounced in a world where we can use our social media to filter out information we don’t want to absorb and where we follow influencers who reinforce our existing beliefs.

The second bias is called Dunning-Kruger, which describes our human tendency to think we know more than we do as well as to underestimate what we don’t know. Again, I see this happen in focus groups all the time, when participants with no scientific credentials or training pick apart the science of climate change.

The third and final bias is cognitive dissonance. When people encounter actions or ideas they cannot reconcile psychologically with their own beliefs, they experience discomfort. They then try to resolve their discomfort by arguing away the new evidence.

Given that climate change is such a discomforting topic, I see this cognitive dissonance all the time in focus groups, where people try to find reasons other than climate change for the events happening around them, even when faced with a strong scientific explanation. They pick it apart because of Dunning-Kruger and then, because of confirmation bias, try to find a blog that states something other than what the scientific evidence shows.

J Marshall Shepherd argues that we need to close the gap between public perception and scientific fact, to create a better future and preserve life as we know it. He challenges us to take an inventory of our biases and of the beliefs we use to prop them up. Think about where you get your information, how reliable it is and whether you only read the things that agree with what you want to think rather than the actual truth. Then share what you’ve learned – about yourself and about the world – with other people.

I’m not saying facts don’t matter or the scientific method should be watered down or we should communicate without facts. What I am saying is that now the climate science has been proven to be true to the highest degree possible, we have to stop being reasonable and start being emotional.