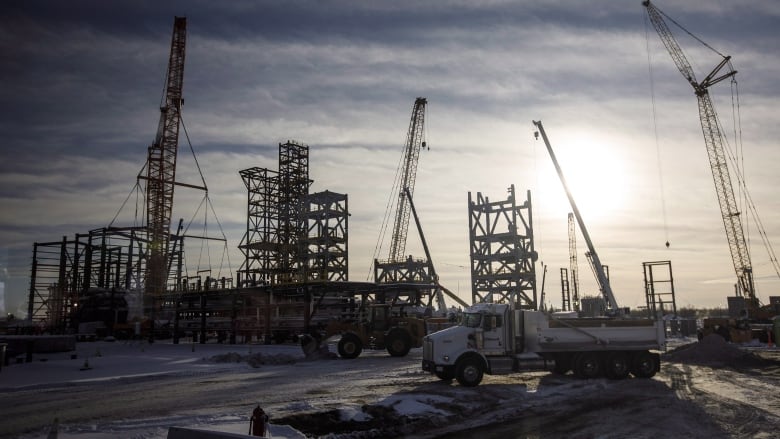 Listen to the full episode27:00

The economic repercussions of the COVID-19 pandemic have forced governments around the world to resort to massive spending in order to calm the nerves of people and businesses alike.

But one question has been troubling many economists and environmental advocates: Will stimulus plans help move the world toward a cleaner, greener future or will they largely maintain the status quo, which includes protecting the interests of fossil fuel industries?

“It is a really vital moment and the reason is that we are basically out of time to turn our economies around” in terms of climate action, said Cameron Hepburn, professor of environmental economics and director of the Smith School at the University of Oxford, in an interview for the first episode of What on Earth, a new CBC Radio show focused on climate change.

A report by the UN’s Intergovernmental Panel on Climate Change said we have about 12 years to act in order to avert climate disaster — and that was two years ago.

“If we do all of that [stimulus] spending in a way that is business-as-usual, that is fossil-fuelled, then we will bring forward further capital investment that locks in further emissions for decades to come,” said Hepburn, who is the lead author on a recent U.K. study looking at how pandemic stimulus could help move countries to a low-carbon future.

In terms of a “green recovery,” Germany has arguably shown the most ambition.

His government has also conditioned a bailout of Air France on the airline drastically lowering its emissions, by decreasing the number of flights and taking steps to reduce the carbon footprint per passenger.

Canada hasn’t been as bold.

Environment Minister Jonathan Wilkinson told What on Earth that while the country is committed to reducing emissions, in this time of financial uncertainty, it is still mindful of the economic necessity of our oil and gas sector.

The study Hepburn led was co-authored by such esteemed economists as Nicholas Stern and Nobel laureate Joseph Stiglitz and surveyed more than 200 central bank officials, finance officials and other experts from G20 countries.

The paper identifies a number of policies that would benefit both the economy and climate goals, including expanding clean energy infrastructure, retrofitting buildings and increasing research and development of clean technologies.

As the study points out, the world is at a similar crossroads as it was after the financial meltdown of 2008-09, when some countries, including the U.S., used a time of economic turmoil to champion some sustainability initiatives, such as solar power.

But during the current financial crisis, many governments still support industries that are in fact detrimental to the environment.

For example, Russia has issued tax breaks for airlines, while an investigation by the Guardian newspaper found that U.S. fossil fuel firms with ties to officials in U.S. President Donald Trump’s administration have taken millions in small business loans.

Meanwhile, the Canadian government continues to tout the necessity of oil and gas pipelines.

“The global economy is built upon a system of fossil fuel consumption and production,” said Hepburn.

“I’m not fundamentally critiquing it ― it’s been a key source of our prosperity for many years, especially in countries like Australia, where I’m from, and countries like Canada.”

But he said government support of fossil fuel industries is short-sighted — and not only in terms of the environment. At a time of falling demand and low oil prices, it just doesn’t seem like a good investment.

“It’s certainly economically irrational to build vast amounts of kit [infrastructure] that you know you’re going to have to scrap,” he said.

Wilkinson said the Canadian government is striving to balance environmental responsibility with doing what is necessary to help the country weather the economic shocks of COVID-19.

In April, Ottawa announced it was investing $1.7 billion to help clean up orphan oil and gas wells in Alberta, Saskatchewan and B.C., which would employ about 5,000 people.

Wilkinson said that decision was “about creating jobs and addressing pressing environmental issues.”

He said that when it comes to envisioning a transition to a low-carbon economy, people shouldn’t “think about this as just something that governments do,” adding that the private sector also has a large role to play.

Last month, investment bank Goldman Sachs projected that worldwide investment in green energy will surpass that of oil and gas by 2021.

One of the conclusions the U.K. paper draws is that when compared to spending on fossil fuel industries, stimulus spending on green projects has a higher “multiplier” effect — in other words, the economic benefits are greater per dollar spent.

Wilkinson agrees, but said that greening the economy shouldn’t be seen as a short-term strategy.

“It’s helpful to start to change the track by using stimulus spending, but I would tell you that in the longer term, it’s really about priorities,” he said.

“It’s about focusing on reducing greenhouse gases and finding a way to grow in a clean way, and that needs to be a priority well beyond any stimulus activity.”

You can also subscribe to What on Earth on Apple Podcasts, Google Play or wherever you get your podcasts. You can also listen anytime on CBC Listen.

One thought on “Pandemic stimulus could be a game changer for climate goals — if focus switches from fossil fuels, say some”