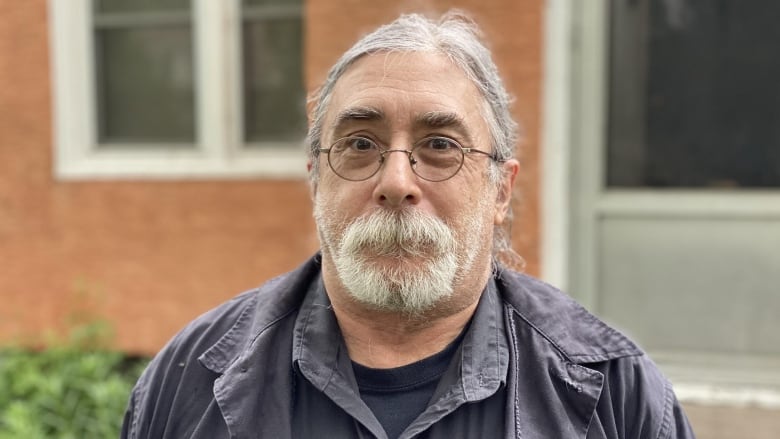 Since being diagnosed with bipolar disorder 25 years ago, Bill Pringle has attempted suicide eight times. He said police accused him of ‘attention seeking,’ but have also shown him compassion. (Don Somers/CBC)

Living with bipolar disorder for 25 years has led Bill Pringle to dark places. Along the way, he said he has gained insight into how police handle mental health crises and what needs to change in their approach.

The Saskatoon man has had eight suicide attempts, which sometimes included interacting with police officers.

Once, he was treated as though he had committed a crime. In another instance, he described police as having a reassuring effect. “The difference in training was very evident,” Pringle said.

During one of his earlier suicide attempts, years ago while living in Vancouver, he said the police “essentially accused me of attention-seeking and would not call an ambulance for me.”

Instead, Pringle said, he was handcuffed and taken to the hospital where he eventually overdosed, which resulted in him being ejected from the facility. “I have never really gotten past that incident,” he said.

But he credited Saskatoon police for being “calm and considerate” during a more recent suicide attempt. “They spent time with me while I was waiting for the ambulance to come. They even followed the ambulance to the hospital to make sure that I was safe and OK.”

Pringle, who is the former chair of the National Council of Persons with Lived Experience, an advocacy group for people living with mental illness, said the deaths highlight a problem that, “desperately needs to be addressed.”

Though he agreed that police may be needed to attend certain mental health situations, he added, “I don’t think police should be the first line of response.”

Police departments in Canada have received more training for dealing with people with mental illness than ever before, as noted by a 2014 report prepared for the Mental Health Commission of Canada, and do “a reasonable job.”

Most municipal police departments from Victoria to St. John’s also have some form of an integrated mental health crisis team, which partners police with mental health professionals to perform wellness checks, which are sometimes known as emotionally disturbed person calls.

In cities such as Hamilton, the use of teams has led to significant reductions of people being detained under mental health legislation.

Mental health advocates, health-care providers call for changes to how emergency teams respond to wellness calls after at least four Canadians have been killed by police since April. 2:34

But many of these units don’t operate around the clock, or they’re brought into situations too late, and in the end it’s often the police who are in charge — and they’re not mental health experts despite recent training improvements.

Reynolds worked with the Toronto Mobile Crisis Intervention Team (MCIT) alongside specially trained officers from the Toronto Police Service for 18 months. She said if there was ever any talk of a weapon or “an unstable situation” during a wellness check, police would quickly take over.

“The nurses could be far more effective if we were front and centre doing the major assessment, and having police as back up,” she said.

In 20 years of emergency room experience as part of a psychiatric team, Reynolds said she has regularly managed patients who she described as “psychotic.”

“I’ve taken knives away from people in the emergency room,” she said, adding “sometimes I feel people [in distress] react to the police presence, which can make them more aggressive or afraid.”

Reynolds said this is often the case in potential “suicide by cop” situations, which require “patience, skill and it takes health-care experts not police experts.”

Mental health ambulance instead of police

Indeed, Sweden’s capital Stockholm has tried to remove police from psychiatric emergencies altogether with the 2015 launch of a mental health ambulance.

The Psychiatric Acute Mobility Team (PAM), which is composed of nurses and paramedics, responds to crises such as suicide threats or severe behavioural issues much like a conventional ambulance.

A study of its first year of operation published in the International Journal of Mental Health found police were needed in  49 per cent of calls the team attended. However, the program’s manager told CBC News the ambulance cannot keep up with the demand for its services.

“When the police attend, they may well come with what I would call the wrong mindset, emphasizing law enforcement priorities over empathetic caring and human rights-respecting responses to people who are in crisis.”

Kaiser represented the Canadian Mental Health Association in the 1986 public inquiry into the police shooting death of Harold Lowe, an unarmed Halifax man with a long history of mental illness who had barricaded himself in his apartment after he stopped taking his medication.

“You know it’s just endlessly frustrating for me that the same tragic scenes get acted out again and again,” he said.

Kaiser, a law professor at Dalhousie University cross-appointed to the school’s department of psychiatry, said altercations with police are often the result of a mental health care system that has failed people.

“It’s a deliberate choice to under invest in societal inclusion and provision of treatment, which is eminently correctable.”

Kaiser said people who have lived with mental illness should have a role in designing a system that better supports their needs, especially in times of crisis.

“Involve others, you know mental health professionals, legal professionals, and police service providers at the end rather than at the beginning,” he added.

Systemic racism must be rooted out of mental health services, too — not just police, says advocate