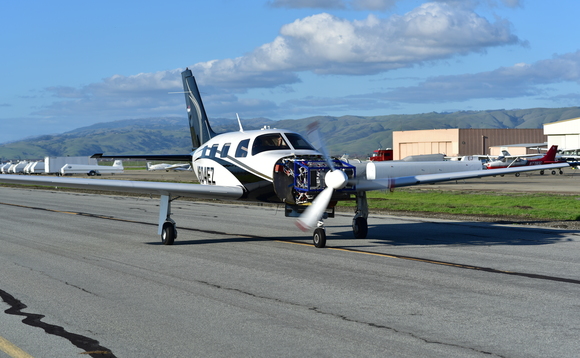 Yesterday’s successful test means the six-seater battery electric aircraft has become Europe’s largest zero emission plane currently flying, according to the company, which is now planning to carry out longer-distance test flights from its Bedfordshire base later this summer.

The plane has been developed as part of the government-funded HyFlyer project, which is set to eventually culminate in a 250-300 nautical mile test journey from the Orkney Islands in Scotland to an as-yet unspecified destination elsewhere in the UK, according to the project partners. Having demonstrated its new electric drive train the company intends to develop a hydrogen fuel cell powertrain and convert a 19-seat aircraft to run on hydrogen that could be in commercial use as early as 2023.

Developing climate-friendly commercial aircraft is seen as a major technological challenge, with the global aviation sector accounting for around two per cent of global greenhouse gas emissions and growing.

ZeroAvia believes hydrogen fuel cells offer a preferable option for zero carbon flight as they are lighter and cheaper to operate in the sky than batteries, making it more viable for commercial operations at a much larger scale in the nearer future.

The firm said it wants to have 10 to 20 seat commercial hydrogen-electric aircraft ready for take-off for 500-mile regional flights within three years, ahead of 50 to 100 seater zero carbon planes that could be ready by the end of the decade.

It claims aircraft powered by hydrogen fuel cell technology boasting over 200 seats with a range in excess of 3,000 nautical miles could be developed by 2040 without requiring any fundamental scientific breakthroughs.

“Today’s flight is the latest in a series of milestones that moves the possibility of zero emission flight closer to reality,” said Val Miftakhov, ZeroAvia’s founder and CEO. “We all want the aviation industry to come back after the pandemic on a firm footing to be able to move to a net zero future, with a green recovery. That will not be possible without realistic, commercial options for zero emission flight, something we will bring to market as early as 2023.”

Yesterday’s test flight came on the same day an EU-backed study assessed the potential for hydrogen-powered flight in Europe, predicting that with supportive regulatory, investment, and policy signals the technology could become a major player for short to medium haul plane journeys within 10 to 15 years.