Temperatures will be too hot for the seeds of one in five plants by the year 2070, Australian researcher says 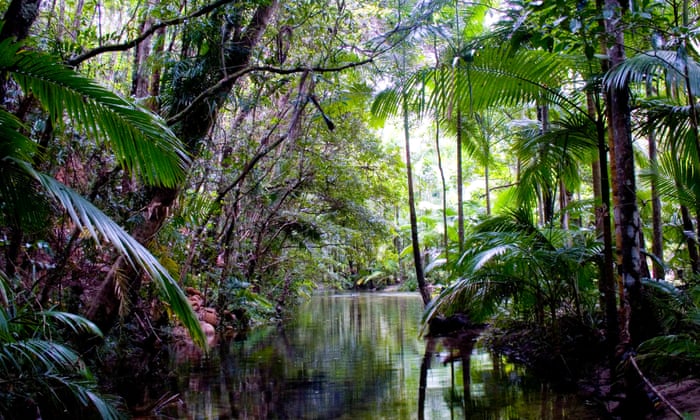 Global heating will impact the ability of more than half of all tropical plants to germinate, a study has found. Queensland’s Daintree rainforest. Photograph: Maria Grazia Casella/Alamy Stock Photo

Global heating will make it much harder for tropical plants around the world to germinate, with temperatures becoming too hot for the seeds of one in five plants by the year 2070, according to a new study.

Global heating will impact the ability of more than half of all tropical plants to germinate if emissions of greenhouse gases remain high.

The tropics are home to many of the world’s richest areas for biodiversity and scientists have long held concerns they could be especially susceptible to climate change.

The seed bank is the largest and most diverse collection of seeds in the world.

Sentinella said it was assumed tropical plants had a narrower temperature range they could tolerate than species at higher latitudes.

But his study found the risk to tropical plants from global heating exists because they are already sitting towards the higher end of their temperature limits, not because they had a narrower range to begin with.

The study also suggests that global heating could benefit the germination of most plant species above 45 degrees latitude, but this benefit might be offset by other issues.

The study comes after research earlier this year found tropical areas that conservationists had thought would be safe havens may not escape global heating.

The seed bank database includes a range of germination experiments and Sentinella and colleagues examined only species where results covered the same species from the same locations.

Then the study looked at the warmest three months of each year from 1970 to 2000 where those plants existed, and compared those temperatures to what was expected by 2070 under a scenario where greenhouse gas emissions remain very high.

By 2070, the results showed more than half the tropical plants had been pushed beyond the best temperature range for germination. For about 20% of species, the study suggested temperatures would be too high for the plants to germinate.

The study found no difference in the response of different kinds of plants – for example, between woody species and softer greener plants, or between long and short living species.

Sentinella told Guardian Australia: “We know warming will affect species regardless of where they are, but we wanted to look at how much warming these species could cope with.”

He said tropical areas were being hit by deforestation, which had already raised ground temperatures close to cleared areas, and the impact on germination of tropical species was likely already happening.

“This just adds to the pressures these ecosystems are facing,” he said.

Commenting on the study, Dr Alex Cheesman, an expert in tropical plants at James Cook University, said the study was important because very little was known about how seed germination would be affected by global warming.

The study would likely prompt further work, he said, but if the central findings of the study held firm then it showed how global heating had the potential to “substantially impact the composition and functioning of biological systems across the globe”.

Prof Bill Laurance, the director of James Cook University’s centre for tropical environmental and sustainability science who was not involved in the study, said the focus on germination was important because this was “a critically vulnerable life-stage for plants.”

“Many old-growth-rainforest plants, for instance, need relatively cool, shady conditions on the forest floor for their seeds to germinate.”

Prof Corey Bradshaw, an ecologist at Flinders University who was not involved in the study, said the issue of germination temperatures had been “flying under the radar” and the study represented a “stark warning”.

He said the issue needed further investigation, particularly because there were several factors that influenced germination, such as how deep a seed was or what the soil moisture levels were.

But he said in the 50-year future the study had used, there would likely be more important impacts on tropical plants, including fire and habitat loss, than pressures on germination.