The government, after years of delays, is finally clarifying rules on tax breaks for companies that use carbon capture to fight climate change. 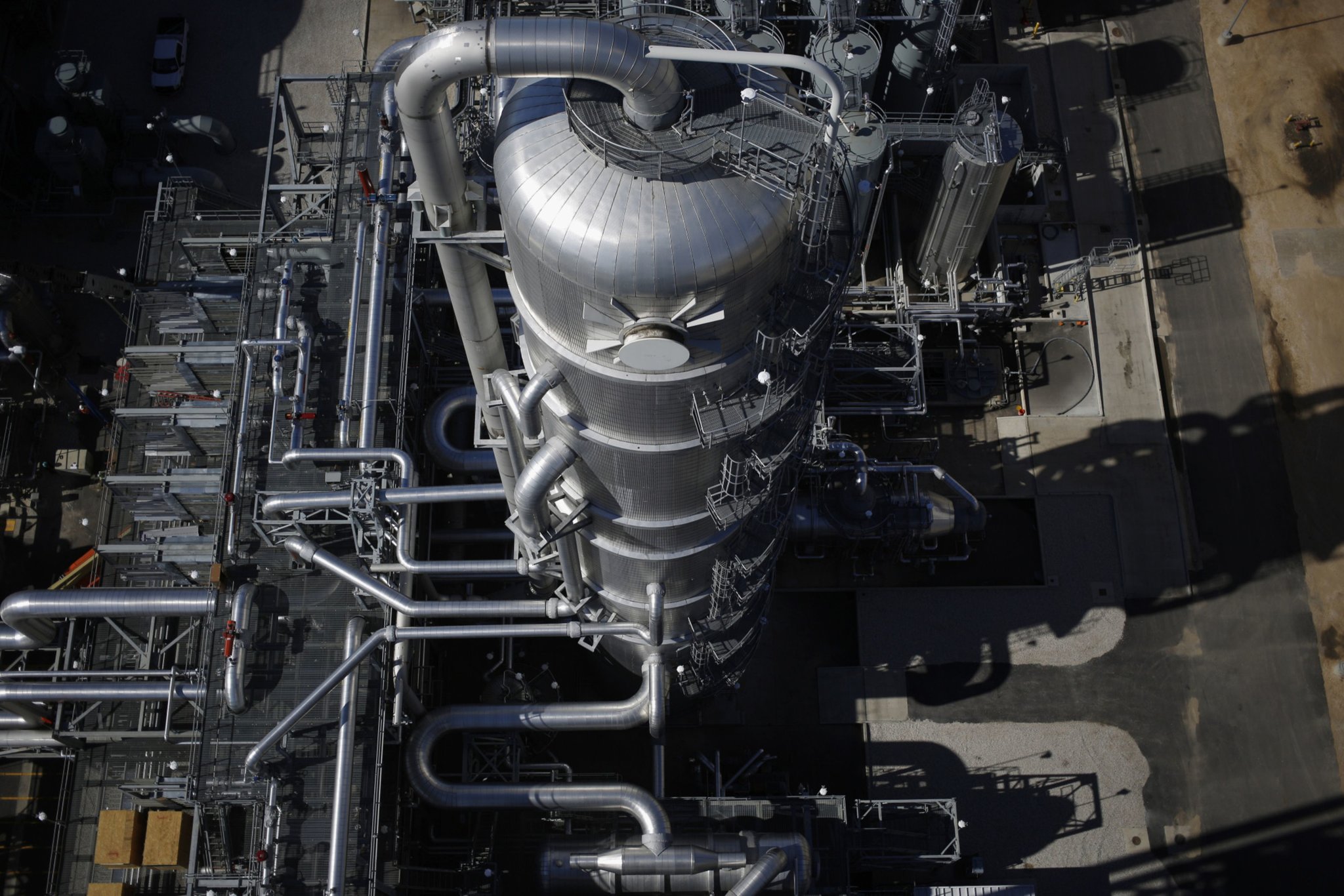 WASHINGTON — Carbon capture, a rarely tested strategy to fight climate change, is attracting growing interest in the United States after the Trump administration began clearing a longstanding roadblock to subsidizing the technology.

In 2018, Congress approved a lucrative tax break for companies that trap carbon dioxide produced by industrial sites before the gas escapes into the atmosphere and heats the planet. But for years, potential carbon capture projects stalled because the Internal Revenue Service had yet to clarify how, exactly, the tax credit worked.

That’s starting to change. In May, the I.R.S. finally issued proposed regulations, outlining the rules companies would have to follow when burying their emissions underground, as well as the penalties they would face if the gas leaked back out.

“That was one of the keys we’ve been waiting for,” said Robert McLennan, chief executive of Minnkota Power Cooperative, an electric utility planning to retrofit a coal plant in North Dakota. The project aims to capture 3 million tons of carbon dioxide per year, equivalent to the pollution from 640,000 cars, and bury the gas more than a mile underground. At an estimated cost of $1 billion, he said, the venture wouldn’t be financially viable without the credit.

Minnkota needs to find financial partners who can take advantage of the tax break, and Mr. McLennan said the I.R.S. rules may need further changes to make investors feel confident before they are finalized. The coronavirus pandemic has also disrupted some engineering work. “But, on balance, the rules are helpful,” he said. “We’re optimistic we can move forward.”

Across the country, companies have proposed at least 30 carbon capture projects to date. In Indiana, Wabash Valley Resources aims to produce greener fertilizer by stashing its emissions underground. In Texas, Occidental Petroleum plans to capture carbon dioxide from two ethanol plants and inject the gas into its oil wells to dislodge more crude, a process known as enhanced oil recovery. The company says emissions from that oil would be partly offset by the injected carbon dioxide that would stay below ground.

For years, polluters had little incentive to trap their planet-warming emissions. The tax credit shifts that calculus: It is worth up to $50 for each ton of carbon dioxide captured and permanently stored underground, and up to $35 per ton if the captured gas is buried during enhanced oil recovery. For large projects, that break could be worth hundreds of millions of dollars over the measure’s 12-year lifetime.

Carbon capture remains a contentious idea. Coal, oil and gas companies have backed the approach as less disruptive than abandoning fossil fuels entirely. Some Democrats and environmentalists say the technology could prove crucial for reducing emissions from industrial sources like cement or steel plants that are difficult to clean up.

But critics warn that carbon capture could just entrench fossil-fuel use, particularly if the captured gas is mainly used to extract more oil from the ground. And the technology has been overhyped before: In the 2000s, several early carbon-capture projects backed by the federal government were never finished after billions of dollars of investments and delays. 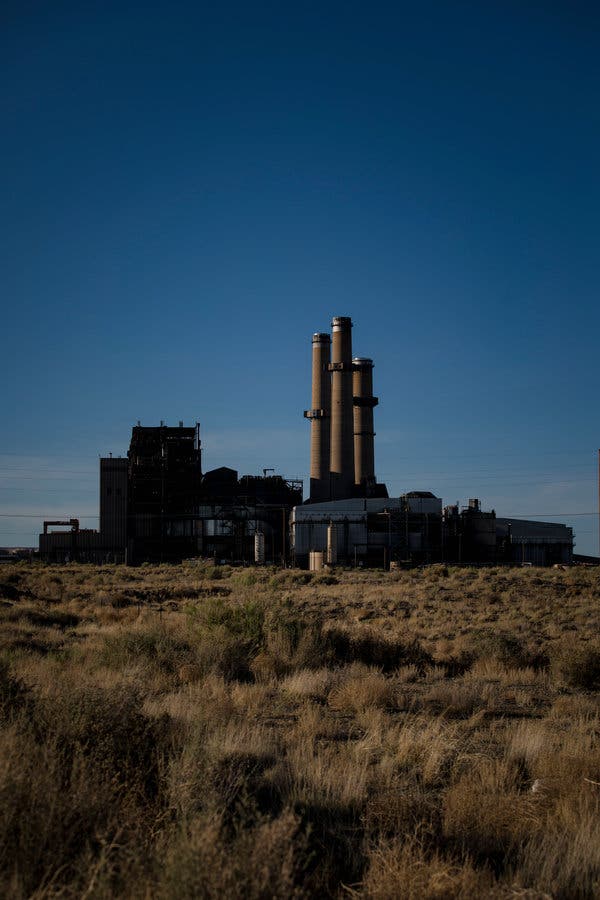 Those arguments are on display in New Mexico, where the utilities that own the San Juan Generating Station, an 847-megawatt coal plant, plan to abandon the facility in 2022 as the state imposes stricter emissions rules. Worried about job losses from the shutdown, the nearby city of Farmington has proposed taking over the plant with Enchant Energy and installing carbon capture technology to keep it running through 2035.

Peter Mandelstam, the chief operating officer of Enchant, said carbon capture could reduce the plant’s emissions by 90 percent, enabling it to comply with the state’s climate rules. The $1.3 billion proposal aims to capture 6 million tons of carbon dioxide each year and either sell the gas to nearby oil fields or bury it in a saline aquifer to claim the tax credit.

Critics have questioned whether the company can build the complicated project on time and be financially viable. They say they fear it may give false hope to local coal workers and divert investment from proven alternatives like wind and solar power.

“This is a community that’s struggling and badly needs to diversify its economy, not double down on risky coal technology,” said Mike Eisenfeld of the San Juan Citizens Alliance, a group that advocates for clean air and water.

Enchant plans to use technology previously tested at a carbon capture facility near Houston, completed in 2017 with help from an Energy Department grant. There, exhaust from a coal plant is run through chemicals that bind to the carbon dioxide, which is then piped to nearby oil wells.

But Enchant’s project would be more than quadruple the size, and the company still needs to negotiate with the plant’s current owners, find buyers for its electricity and carbon, and bring in investors. Enchant recently began working with Bank of America to advise it through the process.

“I’m a big fan of more wind and solar,” Mr. Mandelstam, a former wind developer, said. “But we haven’t yet figured out how to run a grid entirely on renewable energy. Until that happens, this project offers a reasonable way to keep the lights on, preserve jobs, and reduce the plant’s environmental impact.”

It remains unclear how many carbon capture projects will actually get built, particularly as Covid-19 roils the economy and oil prices plummet. The clock is ticking: Under current rules, the projects need to begin construction before 2024 to claim the tax credit.

Keith Martin, a lawyer at Norton Rose Fulbright who specializes in tax-financing deals for wind and solar, said he has seen increased interest in carbon capture from investors looking to lower their tax burdens. But, he added, there are still technical aspects of the I.R.S. rules, like how financial partnerships should be structured, that need to be clarified.

“The deals we are working on are largely stalled at the moment,” Mr. Martin said, “because the proposed regulations did not answer all the questions we have.”

In the wake of the pandemic, some policymakers have said that carbon capture may need a further boost. In a recent infrastructure bill, House Democrats proposed extending the tax credit’s deadline by two years and allowing direct payments to developers. Supporters hope that additional aid could help carbon capture go mainstream, much as federal subsidies have done for wind and solar.

“Getting this first round of projects up and running is critically important,” said Kurt Waltzer, managing director at the Clean Air Task Force, an advocacy group. “But if carbon capture is going to play a big role in decarbonization all over the world, in places like China or India, we’ll need to think on a much bigger scale.”

Brad Plumer is a climate reporter specializing in policy and technology efforts to cut carbon dioxide emissions. At The Times, he has also covered international climate talks and the changing energy landscape in the United  States. @bradplumer