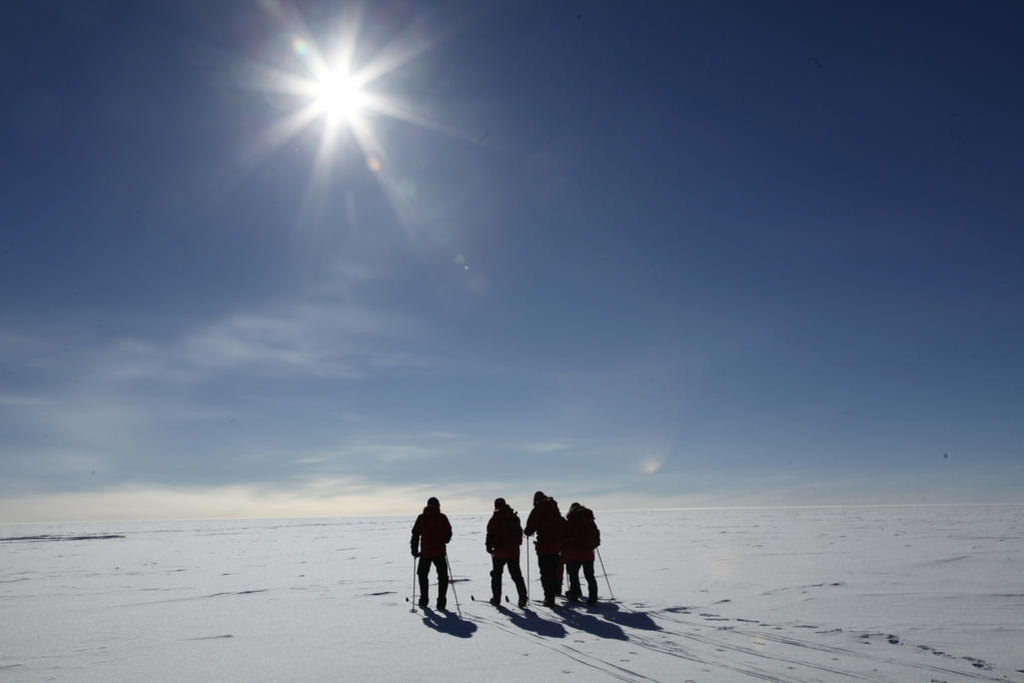 Natural variability and climate change are producing an abrupt shift in temperature trends at the South Pole. CREDIT:AP

The South Pole, the most remote part of the planet, has been warming at triple the global average, as natural variability joins with climate change to produce an abrupt shift in temperature trends.

The findings, published Tuesday in the Nature Climate Change journal, show surface temperatures at the South Pole were stable in the first couple of decades of instrument records into the 1980s.

A record-breaking cold for a spell then made way for even warmer temperature anomalies from the early 2000s. For the 1989-2018 period, the mercury rose an average of 0.6 degrees per decade, or three times the global warming rate, the researchers found.

The report on the flipping of temperature trends at the most southerly point comes as abnormal warmth continues to bake the planet’s other polar extreme. The Russian town of Verkhoyansk last week reported 38 degrees, the warmest reading ever recorded within the Arctic Circle.

For Antarctica, the recent accelerated warming is estimated to be about two-thirds the result of natural variability with the role of rising greenhouse gases contributing about one-third, said Kyle Clem, a post-doctoral research fellow at New Zealand’s Victoria University.

The research shows “there’s no place on earth that’s immune to global warming”, he said. “There’s nowhere to hide – not even up on the Antarctic Plateau.”

Sitting at 2835 metres above sea level – or 600 metres higher than Mt Kosciuszko – on a rocky continent, the South Pole is exposed to different weather processes than its polar opposite. By contrast, the North Pole rests on shifting sea ice with the seabed more than four kilometres below. 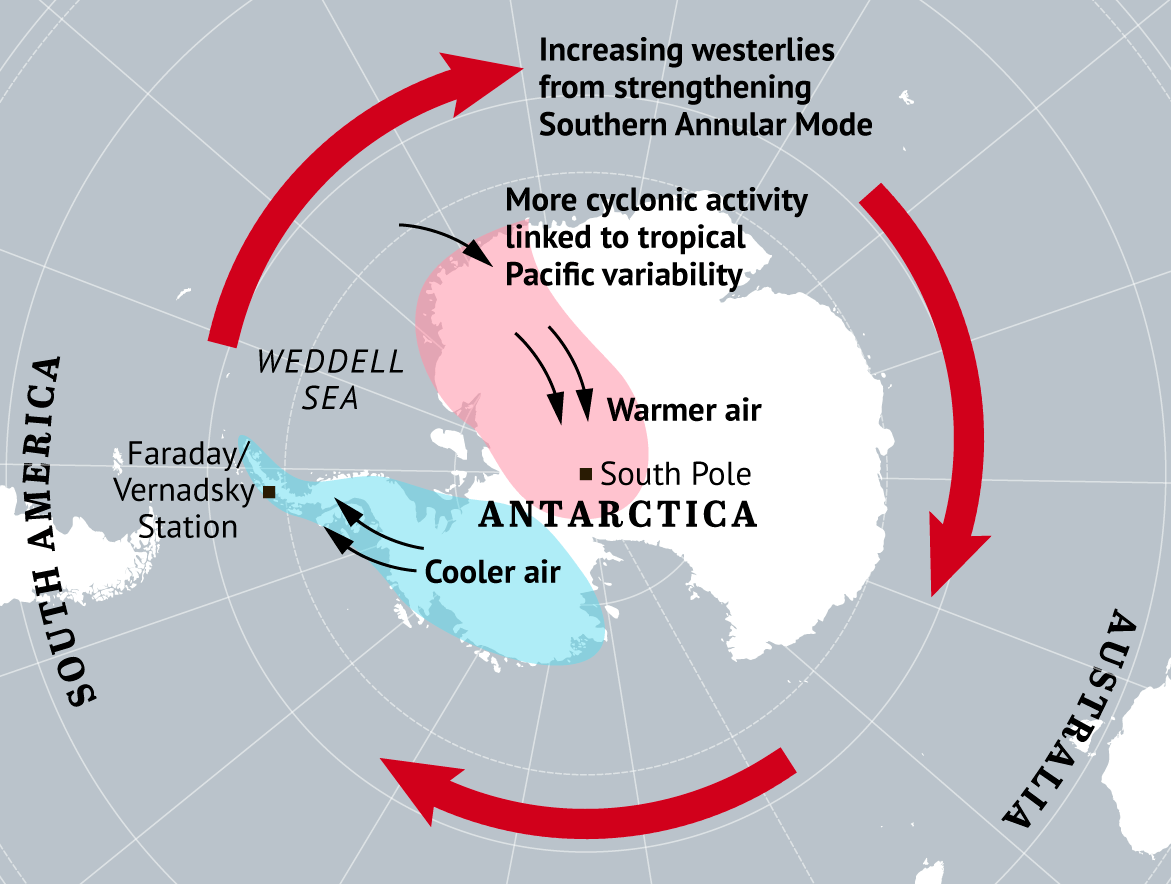 Dr Clem, along with other researchers from the US and the UK, found changing circulation patterns in the Pacific and Southern Ocean determine which parts of Antarctica warm or cool.

For instance, the western tropical Pacific has periods when is warmer or cooler than usual.

The warmer period – known as the negative phase of the so-called Interdecadal Pacific Oscillation – set in about 2000. During this phase, there is more storm activity in the tropics which in turn spawns more high- and low-pressure systems that send heat far into the high latitudes.

The circumpolar westerly winds, which have been strengthening and contracting polewards under climate change – also play a role in amplifying the transfer of warmth into Antarctica.

When those two patterns align, as they have in recent decades, the South Pole warms but some parts, such as western Antarctica warm at a slow pace or even cool, as the frigid air shifts around.

Michael Mann, Director of the Earth System Science Centre at the University of Pennsylvania, said the study provided “a very detailed and useful analysis” of the forces at play in the far south.

If anything, though, the researchers’ use of model simulations to reach conclusions about regional trends probably understates the role of human-caused climate change.