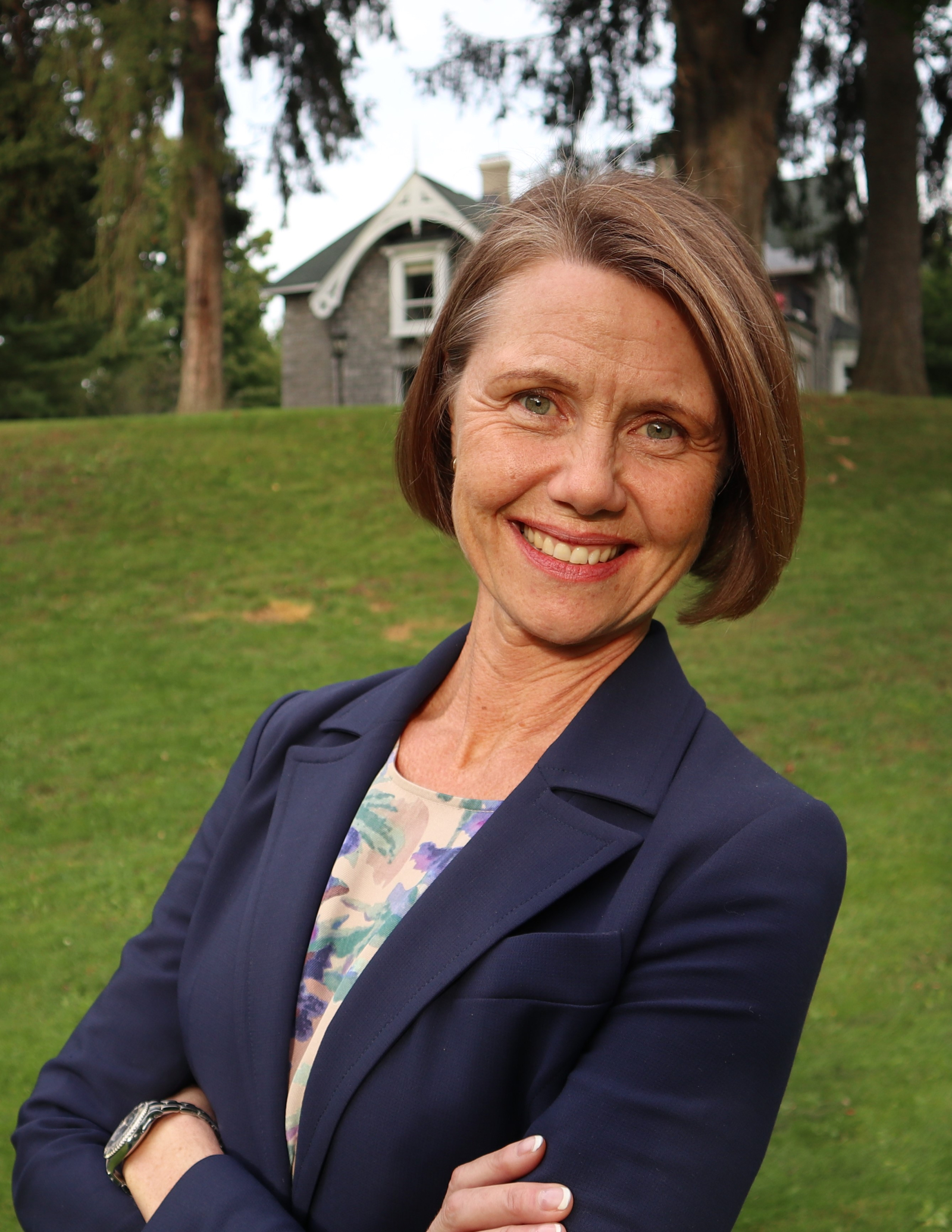 All new cars will be zero-emission vehicles by 2025, Norway’s ambassador to Canada predicted during an interview with Canada’s National Observer.

“I am an economist. So, I like to talk about economic incentives.”

Norway, which has been described as the “poster child of the EV revolution,” has many incentives to make it more attractive to buy zero-emission vehicles, mostly those powered by electricity.

There are rebate programs to make the cars more affordable for consumers; the right to drive in bus lanes; cheaper parking, the list is long.

There’s a whole package of designs for making that an absolutely attractive choice,” Ovind said.

The government also makes the sales price of still-dominant conventional vehicles more expensive by slapping them with higher sales taxes.

The other part of Norway’s success story is charging stations.

According to the embassy, Norway has 2,400 charging stations. The ratio works out to about 44 stations for every 100,000 residents in this country of 5.4 million.

Canada’s ratio is much lower.

“As with any new technology, consumers need to feel confident that (electric vehicles) can meet their day-to-day needs,” Paula Vieira, director of transportation and alternative fuels for Natural Resources Canada.

When comparing the two countries, here’s something else to consider.

The success of zero-emission vehicles sales is typically measured by what’s called a penetration rate, the degree to which these vehicles eat into the sale of their conventional, gas- or diesel-powered competitors.

According to data Transport Canada obtained from IHS Markit Catalyst, zero-emission vehicles (battery-electric and hybrid vehicles) accounted for 3.8 per cent of total light-vehicle (electric cars) sales in Canada from Jan. 1 to March 31 of 2020.

To say the least, Canada’s sales numbers are more modest.

Can Canada learn from Norway’s success?

As Canada struggles to find ways to expand the market for zero-emission vehicles, looking to countries such as Norway as a benchmark makes sense. Indeed, Canada may already be taking notes.

In an emailed correspondence, a spokesperson for Natural Resources Canada explained that “Canada and Norway mutually exchange information on progress and lessons learned on a regular basis.”

The discussions occur at organizations to which both countries belong: the International Energy’s Agency’s Energy Technology Systems Analysis Program; the Electric Vehicles Initiative; and an Alliance that focuses on “accelerating the adoption of zero-emission vehicles.”

Given this level of exchange, countries like Norway could provide a blueprint for Canada as it attempts to reach its ultimate sales target: zero-emission vehicles comprising 100 per cent of all new sales by 2040.

And as Canada struggles to meet its medium- and long-term targets to reduce greenhouse gas emissions, the transportation sector must be part of the overall plan.

According to the federal government’s most recent assessment of greenhouse gas emissions, the transportation sector accounted for 25 per cent of emissions, a close second to the oil and gas sector’s 26 per cent.

Natural Resources Canada is assessing 3,000 vehicles in 10 departments with the goal of changing to more climate-friendly natural gas, hydrogen or electrification.

The whole effort got off to a rough start in 2016. A briefing note to then-natural resources minister Jim Carr, obtained through an access-to-information request, indicated problems, beginning with a “limited number of (electric vehicles) … that would meet ministerial requirements.”

Those problems are old news, said Paula Vieira, director of transportation and alternative fuels for Natural Resources Canada during an interview with National Observer.

“In fact, the government is looking to accelerate and increase (its) commitment.”

But even if the government becomes a role model, it must still tackle what Vieira concedes is one of the largest hurdles to achieving Norway’s success: cost.

As a lead department responsible for educating consumers about the benefits of shifting to zero-emission vehicles such as electric cars, Natural Resources Canada has had a tough job.

“As with any new technology, consumers need to feel confident that (electric vehicles) can meet their day-to-day needs,” Vieira said.

She didn’t make that assessment during the interview with Canada’s National Observer, but back in 2017, testifying before the Senate transportation committee.

“(Consumers) need to have access to information that can help them understand the various (electric vehicle) technologies and help them to inform their purchasing decisions. Once they do decide that their next vehicle will be an (electric vehicle), the purchasing and driving experience has to be similar to what they are used to in conventional vehicles.”

Price concerns are also echoed in a survey published by the McMaster Institute for Transportation and Logistics. The majority of respondents expressed unwillingness to buy an electric vehicle and had concerns about batteries.

Still, there are signs some skepticism might be waning.

In 2019, Clean Energy Canada commissioned a poll on attitudes toward zero-emission vehicles. A majority of respondents — 64 per cent — said that “if it were up to them, electric cars would become the majority of vehicles that consumers drive at some point in the future.”

“There was a lot of favourability around rebates and purchase incentives and infrastructure (such as charging stations).”

Consumers also seem to be warming to rebate programs.

On May 1, 2019, Transport Canada implemented the Incentives for the Zero-emissions Vehicles Program.

“The incentive program has already had a positive impact on Canadian zero-emission vehicle sales,” department spokeswoman Frédérica Dupuis said in an emailed response to National Observer.

“As of May 31, 2020, more than 46,000 Canadians and Canadian businesses have benefited from (zero-emission vehicle) incentives. As of this date, over $185 million has been processed for incentive claims.”

Still, there are demands for even more federal generosity.

In its pre-pandemic recommendations for a 2020 federal budget that has now been indefinitely postponed, Electric Mobility Canada called on the federal government to “increase the current incentive program.”

For her part, Petrevan would like to see Ottawa expand its subsidies to cover a broader range of consumers, including those shopping for second-hand vehicles and lower-income groups.

You can look at incentives on a sliding scale based on income and rebates to lower-income Canadians. “There’s lots of different policies. Norway did a great job.”

In addition to subsidies, another obstacle is building more charging stations in order to align Canada’s numbers more closely with Norway’s per capita numbers.

Providing enough charging stations has also been a priority for Norway. In an emailed response, embassy spokesman Erik Furu said, “The Norwegian government wants the development of charging infrastructure to be market-based as fast as possible.”

In its pre-budget brief, Electric Mobility Canada demanded “up to 5,000 additional public stations … over three to four years.”

Norway’s deliberation about charging stations and other obstacles involved consumers, businesses, all levels of government and politicians of all political persuasions. Achieving consensus over a 20-year period allowed the country to make steady progress.

“As long as you are clear … which direction you’re going, businesses … will integrate sustainable development goals as part of their strategic thinking,” Ovind said.

“The incentives over the years have been important in changing consumers’ habits to make it a very natural option.”

So there are a few lessons Canada can learn from Norway.

Incentives work. In Canada, zero-emission vehicles are more popular in jurisdictions — B.C. and Quebec — that have their own rebate programs, in addition to the federal initiative. Incentives must include more jurisdictions and be beefed up at the federal level.

Political consensus is key. All levels of government and political parties from all stripes must be on the same page. Canada’s climate-change discourse is fractured.

Industry must step up. When GM announced that it was closing its Oshawa plant to focus on electric cars, there was no thought about keeping the production in Canada. In a country that has set hard sales targets, GM’s decision sends the wrong message.

Norway got it right. Can Canada?