Some of the $1.5B in federal funding is already being spent in 3 provinces 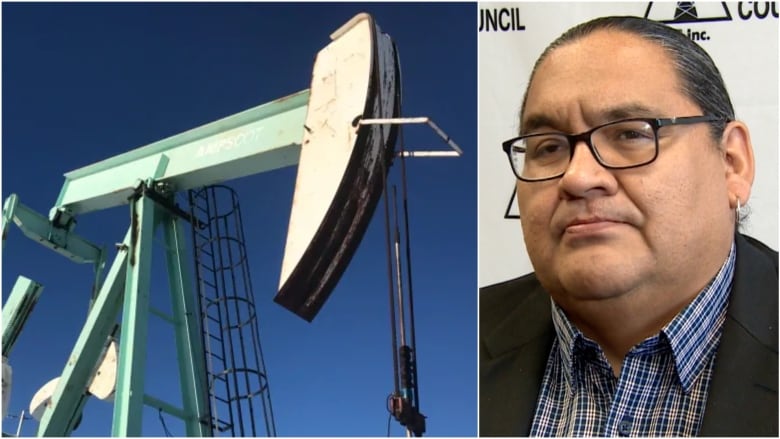 As Alberta, British Columbia and Saskatchewan dole out $1.5 billion in federal funding to reclaim inactive oil and gas wells, Indigenous leaders are concerned none of the cash will be spent cleaning up their land.

The federal government announced the program as part of its aid package to the oilpatch, designed to stimulate work for the oilfield service sector while reducing the environmental risk from aging infrastructure.

The three provincial governments have already started dispersing the money, but so far none of it has been directed toward remediating wells on First Nations land, said Stephen Buffalo, president of the Indian Resource Council, which represents more than 100 First Nations with oil and gas reserves.

“We have been here before where we were told that things will be taken care of. Right now, we’re in working committees [with government officials]. Meanwhile, these funds are being flowed out,” Buffalo said.

“I don’t think some of our members are satisfied with how the process is going.”

The federal money was divided between B.C. ($120 million), Alberta ($1 billion) and Saskatchewan ($400 million). Another $200 million from Ottawa to Alberta’s Orphan Well Association is to be repaid.

As of June 19, the Alberta government had approved $40 million to more than 102 companies.

The government spending is proving popular with industry. For example, the first phase of Alberta’s program gives companies up to $30,000 to clean up wells. Within the first month of the program’s launch on May 1, about 3,000 companies had already applied to remediate close to 37,000 wells.

The IRC is asking that each province allocate 10 per cent of the federal money it receives to First Nations, which would represent about $150 million.

So far, only British Columbia has signalled a willingness to set aside funding specifically for First Nations. “The second increment of $50 million may include a specific allocation for Indigenous contractors,” said a letter from the province to the IRC earlier this month.

In an emailed statement, Saskatchewan government spokesperson Ashley Schoff said Indigenous businesses, communities and peoples will benefit appropriately from all phases of the well cleanup program. The government is working on its engagement process and intends to reach out to Indigenous groups in the “coming days and weeks,” she said. Is there a specific allocation?

The Alberta government also did not commit to a specific allocation, but spokesperson Kavi Bal said in an emailed statement that “the necessary supports are in place to build broad Indigenous community participation.”

WATCH | Stephen Buffalo on the opportunity to clean up inactive wells:

The CEO of the Indian Resource Council doesn’t want First Nations to miss out on the opportunity to remediate inactive oil and gas wells. 1:22

Buffalo said discussions are taking place with all three provinces. But he said what First Nations really need is a firm commitment.

“I’m just hoping that we don’t fall through the cracks,” he said. “Not everyone feels confident with the process that we’re going through right now.”

Buffalo said the primary concern is to clean up the wells to ensure there aren’t any leaks that could contaminate First Nations land. The spending could also provide jobs in communities and activity for Indigenous-owned oilfield service companies.

There are at least 900 wells on First Nations land that would qualify for the federal funding, said Chief Roy Fox of the Blood Tribe in southwest Alberta. In a letter to federal Indigenous Services Minister Marc Miller this month, he said that he is afraid little if any of the money will go toward cleaning up wells on Indigenous territory.

Indian Oil and Gas Canada, the federal agency that manages resource development on First Nations lands, is encouraging the three provinces to ensure that some of the money from Ottawa is allocated to Indigenous groups.

“This will boost employment opportunities for community members and promote their general well-being, specially in such unprecedented times,” Strater Crowfoot, the agency’s CEO, wrote in separate letters to the three provincial governments.