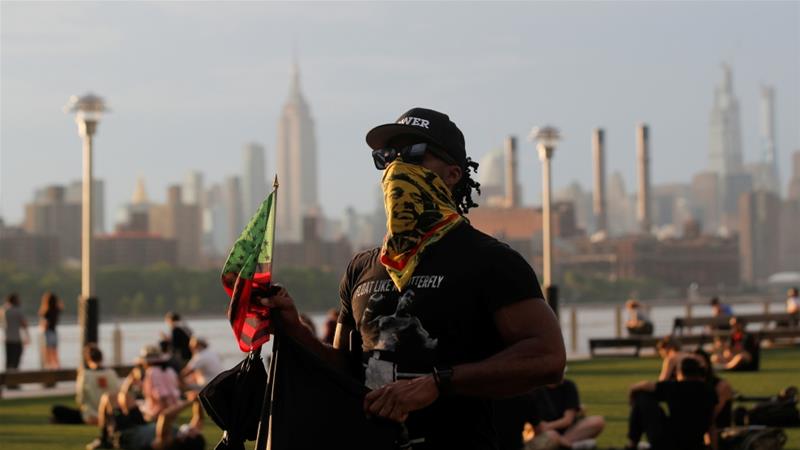 African Americans are three times more likely than the general population to die from exposure to small particle air pollution, according to a 2017 study [File: Brendan Mcdermid/Reuters]

With political unrest convulsing across the United States since the death of unarmed African American man George Floyd in police custody last month, long-standing inequalities in housing, education and beyond have been pushed to the forefront of the national consciousness.

African Americans are three times more likely to die from exposure to small particle air pollution than the general population, according to a 2017 study published in the New England Journal of Medicine.

Communities of colour in the northeast and mid-Atlantic regions of the US breathe 66 percent more vehicle pollution than white Americans, a study by the Union of Concerned Scientists found. And surveys by the National Institutes of Health have also found that asthma and lead poisoning rates are also much higher among African American children in the US than white children.

But environmental justice campaigners are seizing the moment, arguing that an economic recovery plan steeped in sustainability will help redress structural unfairness in the US.

“A lot of people are not realising, with climate change and everything else going on, that the worst-hit are Black and brown communities,” New York City resident and activist Rachel Rivera told Al Jazeera.

For Rivera, a mother of six who works with the grassroots nonprofit New York Communities for Change (NYCC), these inequalities are not simply close to home, they are woven through the environment where she lives, works and raises her family.

“My six-year-old daughter suffers from respiratory seizures when it’s too hot or too cold,” said Rivera. “It’s for real. It saddens me but affects all of us.”

“It’s a nightmare, and if we continue like this, we’re going to have more Hurricane Sandies,” Rivera said.

“We need to stop using fossil fuels, recycle, and use green energy,” she said. “We could actually make a difference.”

A lot of people are not realising, with climate change and everything else going on, that the worst-hit are Black and brown communities

‘Crisis of the moment’

The coronavirus pandemic has disproportionately hit African American communities. A study of 43 states and the District of Columbia by APM research lab found that as of June 9, the overall mortality rate for COVID-19 was 2.3 percent higher for African Americans than for whites or Asians.

Pete Sikora, climate and inequality campaigns director at NYCC, told Al Jazeera it is important for policymakers to not just focus on the “crisis of the moment” because the pandemic is just a preview of the racial and ethnic disparities that will widen due to climate change.

Sikora sees a rare opportunity to rebuild the US economy to make it start working for all Americans and not just the privileged. 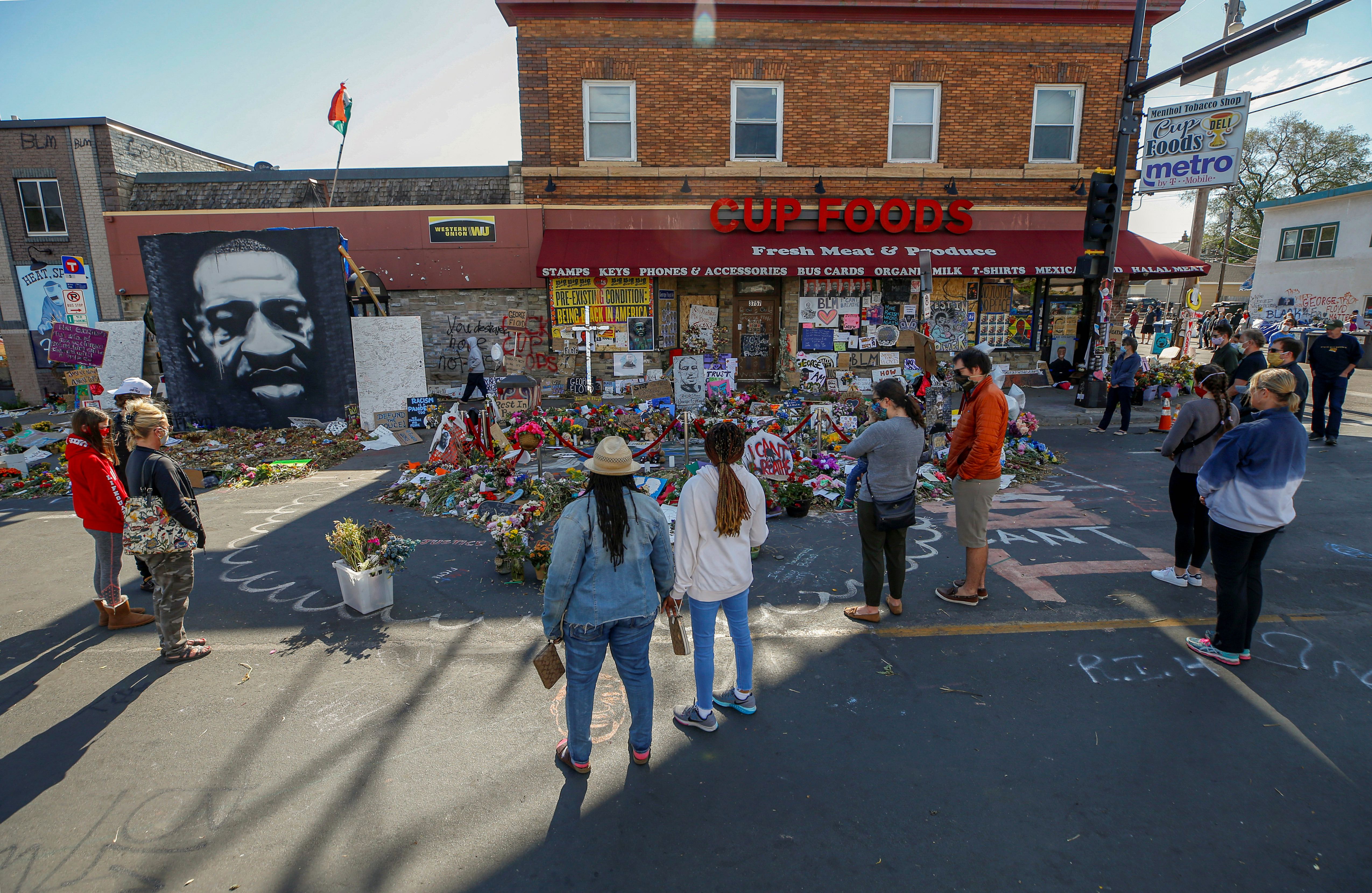 Visitors look at memorials at the site of the arrest of George Floyd, who died in police custody in Minneapolis, Minnesota, US [File: Eric Miller/Reuters]

New York City’s top 1 percent, for example, earn average incomes about 40 times higher than the bottom 99 percent, according to the Economic Policy Institute.

Raising taxes on the highest earners is one policy that could help remedy inequality, says Sikora. He is also calling for measures that reduce residents’ exposure to highways, industrial plants and leaking pipelines.

At the national level, campaigners are seeking to drive policy by linking up what were formerly considered separate issues.

Investments “in a social safety net and job-creating programmes that also strengthen our green infrastructure and help us transition to a renewable energy economy”, are crucial, Salazar told Al Jazeera.

He cited a study by the Political Economy Research Institute at the University of Massachusetts Amherst that envisions 90 million jobs being seeded over the next 10 years through a suite of proposed green legislative and executive measures spanning broadband, rail lines, water treatment facilities, retrofitting houses, installing photovoltaic panels and restoring agricultural land.

The nonprofit climate movement 350.org is another national group that is now explicitly linking up a litany of intersecting issues that disproportionately affect communities of colour, from climate change to criminal justice.

“George Floyd had COVID, then got murdered by a police officer,” said Tamara Toles O’Laughlin, 350.org’s national director. “Whether you live or die is often based on the zip code you are in.”

Sam Grant is the executive director for the Minnesota branch of 350.org – the state where Floyd died in police custody.

“Minnesota has among the worst racial disparities in the United States, particularly for American Indians and African Americans,” he told Al Jazeera. “Whatever population of colour is largest in any county in Minnesota tends to be overrepresented in negative statistics like unemployment, incarceration and poverty, and underrepresented in positive statistics like health and wealth.”

Grant says he is focusing most of his current energies on making sure Minnesota lawmakers adopt stimulus measures that will promote greater economic equality. To that end, he is organising activists in 36 of 66 state senate districts where the elected officials deny climate science.

“When MN350 was founded, it began with a commitment to focus on divestment from fossil fuels and pipeline resistance,” Grant told Al Jazeera, referring to the group’s original focus on the biggest carbon emitters. “Over time, the organisation has expanded its understanding.”