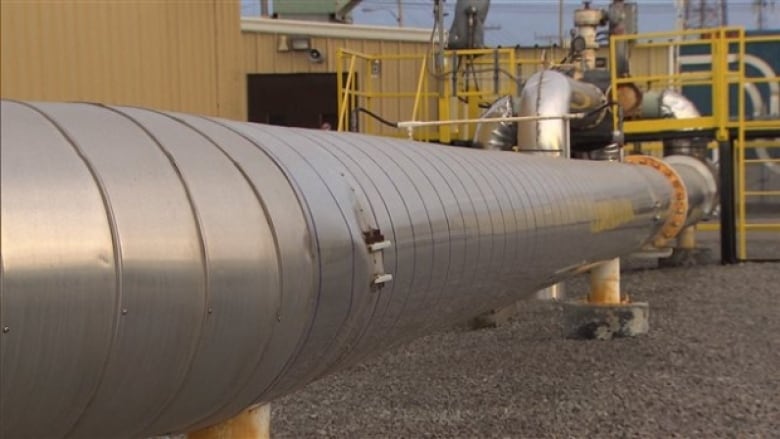 The Manitoba Energy Justice Coalition says building a pipeline through northern Manitoba would be destructive to communities and the economy. (Stock photo)

One way to dig ourselves out of the COVID-19 recession is to build more pipelines, some oil and gas executives say.

In an alternate reality, perhaps this statement would hold true. But the social realities of 2020 and the science of climate change tell us otherwise.

We are at a moment of intersecting and compounding crises of a scale that the world has never seen: the COVID-19 pandemic, the strong call for an end to racism and the ongoing climate crisis.

Continuing to build new pipelines at this moment would exacerbate these crises, bringing construction workers into remote areas with the possibility of spreading the virus to communities (often Indigenous) that may not have the health-care systems to respond to an outbreak.

Simultaneously, they would lock us into fossil fuel extraction and burning for decades to come.

Foremost, though, is continuing to push pipelines through, as current Indigenous consent stands, would be a human rights violation.

Strong unceded nations such as the Wet’suwet’en, Secwepemc and Tsleil-Waututh, among many others, have made their opposition clear.

Particularly egregious is the suggestion that a new pipeline through northern Manitoba to Churchill  will somehow be the solution to the recession. Such a project would undoubtedly face resistance comparable to that of the Trans Mountain expansion.

With the price of oil reaching all-time lows over the past few months, only those with vested interests in resuscitating this dying industry would suggest that new pipelines are the path forward.

Right now, the Canadian oil industry is struggling and requires huge amounts of taxpayers’ dollars in subsidies and bailouts to stay afloat. There is no real plan to end these counterproductive subsidies.

The good news is that oil and gas workers don’t have to go down with this dying industry. Many workers from the sector are calling for more job options — other than the boom-and-bust oilpatch far from their families.

They are highly skilled and can transition these skills to sectors such as geothermal, solar, wind and biofuel energy if they get the opportunity.

Year after year, the clean energy sector has been outgrowing the rest of the economy, attracting billions of dollars in investment and creating more jobs than either the fossil fuel or mining sectors.

The Green New Deal is an example of a solid plan to respond to climate change and transition to a new low-carbon economy that leaves no one behind.

Canadian workers deserve to have stable incomes and jobs — outside of a boom-and-bust economy — and to have a safe future.

Investing in low-carbon job creation — from health care to child care — is essential for our recovery from the pandemic and our response to climate change.

If we undertake a transition away from fossil fuels, Canada can transition in a way that puts workers and the quality of life for their families first (often referred to as a “just recovery”), prioritizing ecosystem replenishment and renewable energy while ensuring everybody gets their share.

The consequences are summed up, in research from New York University, as “changes in energy demand (via heating and cooling); changes in agricultural output and forestry due to alterations in average temperature, precipitation levels, and CO2 fertilization; property lost to sea level rise; increased coastal storm damage; changes in heat-related illnesses; some changes in disease vectors (e.g. malaria and dengue fever); changes in fresh water availability; and some general measures of catastrophic and ecosystem impacts.”

Some studies also argue that common calculations of the social cost of carbon are too low, either because consequences are underestimated, or because government and/or businesses assume the benefits of changing the policy will be small.

This part of the equation is often missing from pipeline debates.

In addition to the monetary considerations, it is also important to consider the emotional toll these devastating changes can have on individuals. The painful losses, dealing with insurance or replacing damaged items are not insignificant to peoples lives.

Canada as a leader

Canada is well-placed to be a leader in a post-fossil fuel economy and can get ahead of the curve if we start allowing innovative technologies to take their place.

It is time to invest in the bioplastic and biofuel industries, as well as Canadian solar, wind, tidal and geothermal industries, among others.

As governments gear up to invest in responses to the COVID-19 pandemic, we can’t afford to lose sight of the larger crises of racism (and our reconciliation with the original peoples) and climate change.

We must treat citizens’ quality of life — not corporations’ profits — as our first priority as we make key decisions in this monumental time.