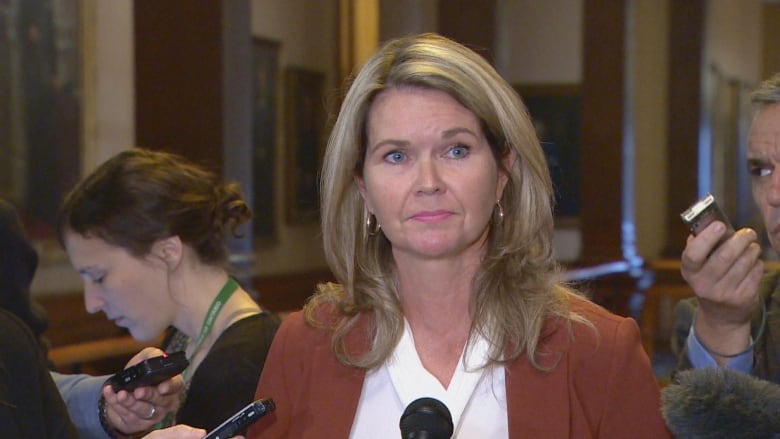 A community organizer on social issues in the Kenora area says she’s “personally insulted” the Ontario government has named a non-Indigenous MPP as the co-chair of the new Indigneous Women’s Advisory Council.

The government announced the council June 1, stating that approximately 11 First Nations, Inuit, Metis and LGBTQ2S people will form the council, and one of them will be chosen to serve as co-chair alongside Simcoe North MPP Jill Dunlop, the associate minister of children and women’s issues.

“Whether its chair or co-chair, it should be Indigenous women. It’s the principle of it, like how on earth can this advisory council feel free to have the much-needed discussions with a non-Indigenous person in the lead? I can’t even imagine how that would look. It’s paternalistic,” said Tania Cameron.

The council will examine issues such as human trafficking, child, youth and family healing and well-being, and Ontario’s response to the Final Report of the National Inquiry into Missing and Murdered Indigenous Women and Girls.

“The high rate of violence against Indigenous women and girls is unacceptable and must be addressed as quickly as possible,” Dunlop stated in the June 1 announcement.  “Indigenous women deserve to feel safe and secure. By establishing this Council, we can actively work in partnership with Indigenous leaders and community partners to deal with violence in a culturally-relevant way.”

But Cameron would like to see Dunlop “step back” from the chair position and serve as a member of the council instead, noting that as an associate minister she will still receive any recommendations the group makes, and is able to ask questions of it.

“You can’t pretend to know” the lived experience of an Indigenous woman “growing up and raising her family in Ontario ” she said.

Cameron is wondering if people who are invited to join the council “will be brave enough” to respectfully decline a seat until an Indigenous woman or women is named to lead it.

‘True ally.. should be off to the side’

“It should be Indigenous people that are taking the lead role. It should be our allies in the non-Indigenous community that should be off to the side saying ‘tell us how we can help’, not assuming any leadership role, but being a true ally.”

Currently, there is no dedicated provincial forum for Indigenous women and LGBTQ2S leaders and experts to engage on violence prevention issues,  Alex Spence, Dunlop’s senior communications advisor and press secretary, said in an email to CBC, while confirming that she would remain as co-chair.

“The Associate Minister will support the council as the government representative, working with them on solutions that are related to her portfolio,” Spence said, adding “an Elder will also be invited to participate at each session to guide the council’s conversations, actions and discussions, as well as to provide culturally safe practices and support members and the work of the council.”

The ministry is confirming council membership, with the first meeting and selection of a co-chair to take place near the end of July.  The council is expected to meet twice each year.