He heads BC’s largest city and its police board but pretends he can’t lead anti-racist change. 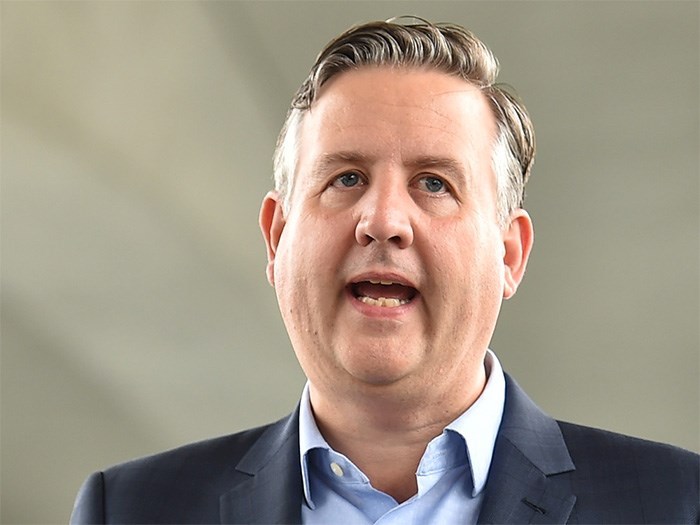 Vancouver Mayor Kennedy Stewart: He’s wrong that councillors are powerless bystanders. Police boards are mandated to ‘take into account the priorities, goals and objectives of the council of the municipality.’

Someone should do something, he said Thursday.

But it certainly isn’t me.

Instead, Stewart called for a provincial government review of policing, including “an investigation of systemic racism and disproportional violence experienced by Black and Indigenous community members.”

“If we are to make major structural changes to policing, it is the province that must act,” he said.

Faced with an opportunity to lead — and having acknowledged systemic racism — Stewart chose to duck.

He’s right that the provincial government is an important player.

There are 11 municipal police forces in B.C., including Vancouver. (Much of the province is policed by the RCMP.) And the Police Act gives police boards, dominated by members appointed by the provincial government, a lot of power. Stewart chairs the nine-member Vancouver board, but he’s the only elected and publicly accountable member.

But Stewart is wrong when he says he and Vancouver’s councillors are powerless bystanders.

The Police Act says police boards are responsible for determining the “priorities, goals and objectives of the municipal police department.”

But they are also required to “take into account the priorities, goals and objectives of the council of the municipality.”

If Stewart and Vancouver’s councillors agreed on measures to combat systemic racism — and shared them publicly — the police board would have to respond, or be held to account. That doesn’t take a provincial government review. Just leadership.

It’s the same on police budgets. The Police Act gives most of the power to unelected police boards to decide how much money municipal police forces get.

But councils can say no and set their own budgets, freezing or cutting spending on police and promising to fund other services.

That would force the B.C. government’s director of police services to impose a budget and justify the decision to overrule the councillors who voters chose to represent them.

Stewart and Vancouver’s council have those powerful tools.

Instead he passed the buck at a moment when real change is needed and possible.

“Defund the police” is a bad name for a good policy. It suggests an end to policing, which makes it easy to rally opposition from people who want to be able to call an officer when they think someone is breaking into their car.

But Stewart could be leading the discussion about funding police to fill the basic and important responsibilities they’re trained for — investigating crimes, responding to complaints, gathering evidence, making arrests.

And about reallocating much of their current funding to other people who can do the work better (and way cheaper).

Like the wellness check on Chantel Moore, a 26-year-old woman from Tla-o-qui-aht First Nation in British Columbia who had moved to New Brunswick to be closer to her daughter. Moore’s ex-boyfriend called police and asked them to see if she was OK. An officer from the Edmundson police force made the call.

Minutes later, she was dead, shot by the officer who was supposed to be ensuring her safety.

There are many unanswered questions. But let’s start with the most fundamental. How does it make sense to send an armed police officer with no real training in health care to check on someone’s wellness? In fact, what are the chances that in fact the arrival of a police officer will make things worse?

A Victoria police officer set out the rationale for reforming police funding in one sentence. “You don’t do social work with a gun.”

Yet that’s what we’re asking police to do — wellness checks, dealing with people with mental health and addiction, trying to move homeless people with nowhere to go.

None of which they’re qualified for. RCMP officers, for example, are only required to have a high school diploma. After 26 weeks of RCMP training in Regina, they’re on the job.

Why send a police officer to try and move a sleeping person from a store doorway? Why not a social worker who can begin the process of moving them into housing and knows what resources might be available?

Why send police to deal with substance users? Why not outreach workers who can connect people with supports and — hopefully — a safe supply of drugs?

It would be, obviously, far more effective.

And it would cost much less. The median salary for officers in the Vancouver Police Department is $121,000, according to data compiled by the Vancouver Sun. A social worker is typically paid less than half that amount.

A Canadian Association of Chiefs of Police research project found up to 80 per cent of calls didn’t have anything to do with criminal offences. They were related to “social disorder, mental health and other issues.”

So why send an armed, uniformed and highly paid police officer on a mental health call?

Kennedy Stewart could have raised those questions. He could have called for reform in the Vancouver Police Department.