About 1,000 people gathered outside London City Hall on June 20, 2020, to call for change and address the systematic racism with police departs towards Black and Ingenious people. . Sawyer Bogdan / Global New

“Enough is enough” and “no justice, no peace” were the words echoed at the steps of City Hall at the Black Lives Matter rally in London, Ont., on Saturday.

There were around 1,000 people outside London City Hall on Saturday afternoon to call for change and address the systematic racism within police departments towards Black and Ingenious people.

This rally comes two weeks after the first Black Lives Matter rally in Victoria Park that saw crowds estimated at over 10,000 people.

Kane said that by defunding, they don’t mean dismantle or abolish the police service, but they would like to see unnecessary funds repurposed into health care, mental health services and education.

Spokesperson for Black Lives Matter London Alexandra Kane talks about what defund the police means. BLM is holding their second protest to talk about their demands to end racism and police brutality towards Black and Indigenous people @AM980News #blm #BlackLivesMattters #ldnont 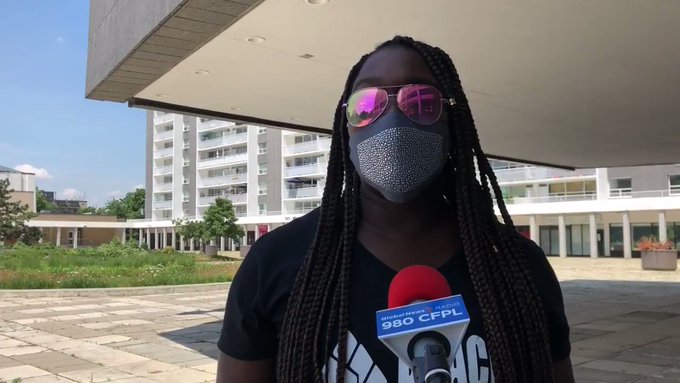 “Kids — Black kids especially — develop a fear of the police from an early age because they see the heavy policing in their neighbourhood,” Kane said.

On Thursday, the London Police Services Board met for their monthly meeting where Dr. Javeed Sukhera, board chair, presented a letter of 12 proposed actions for the board to address racism with policing.

The letter called on the London Police Services to find areas where they could cut funding that could be distributed to other city services more in need and to consult with community members and school boards about the role of school resource officers.

READ MORE: London Police Services Board Chair addresses systemic racism with letter to the board

Reacting to the letter, Kane said it was a start but said they wouldn’t stop protesting until they see real change.

“Action is what we are looking for.”

“We have had these conversations since the abolition of slavery,” she said. “Yes, they continue to speak out and talk about it, but so far, that’s all they have done.

“We will not be silent until these words are met with actions instead of empty promises,” said Black Lives Matter organizer Keira Roberts. Roberts is one of the five teen girls who initially started the Black Lives Matter rallies in London.

“I am tired of asking nicely, and I am beyond angry that in order for changes to be made, the world has to watch Black people be murdered in cold blood just to speak up to show and care,” Roberts told the crowd on Saturday. 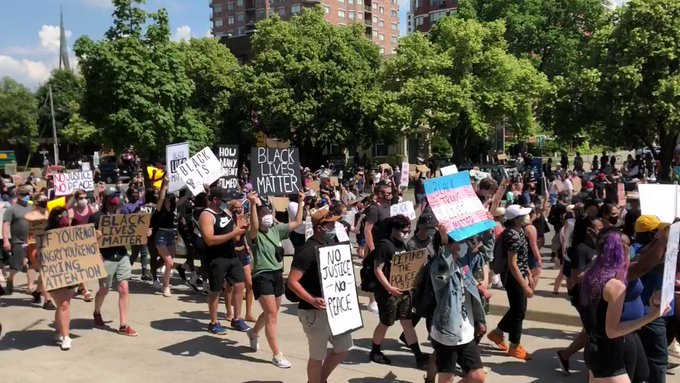 Nwineh spoke at the rally about what it’s like being one of only two Black students currently enrolled in the program.

Nwineh, who moved to Canada 10 years ago when he was 16, said he did not understand what it meant to be Black when he first moved because his race had not been an issue until he moved to Canada.

“I am working on figuring out how we can get more Black men and women into positions of power in the legal system because the lawyers and judges all get resources from the law schools,” Nwineh said. “If the law schools aren’t making continuous effort to improve diversity, then it means the legal field is not making a conscious effort to understand diversity.”