Another Indigenous life stolen by police. We won’t stop until there’s justice. 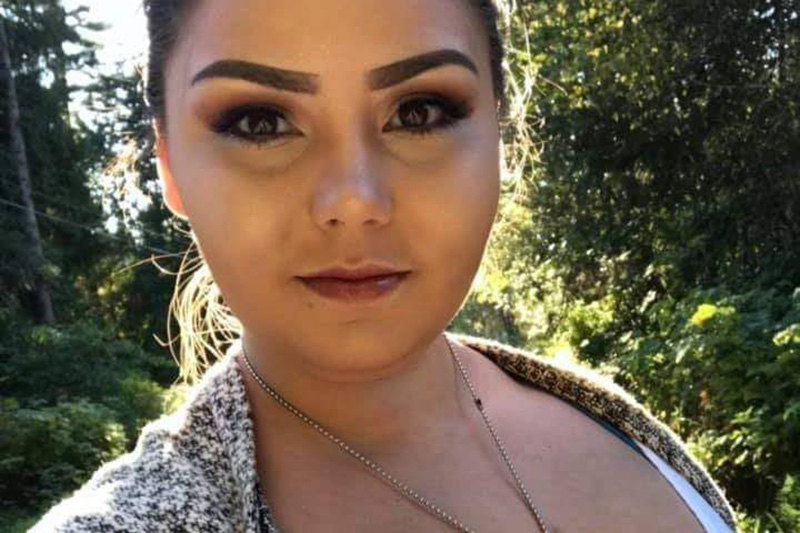 ‘Chantel would not have died if the officer knew how to approach a single woman’s door respectfully, without arms and violence, in the middle of the night.’ Photo via Facebook.

On June 4, we all woke up to the devastating news that Chantel Moore, a beautiful 26-year-old Tla-o-qui-aht/Nuu-chah-nulth woman was senselessly shot by a police officer in Edmundston, New Brunswick, during a wellness check.

Chantel had a young daughter and had so much life to live and so much to give to the world. She was well loved by a very large family and many friends. And a nation mourns.

When will the violence and racism ever end? What will it take to change things so Indigenous Peoples do not have to fear the police? So many thoughts went through my head on hearing this horrendous news.

My heart ached for the family, and I immediately got on the phone to let them know my prayers and strength were with them and vowed to do everything I could to bring justice for Chantel. And I shall.

While police and investigators refuse to reveal the facts of what happened, it increases the family’s stress and need to understand. All they know is she was shot and killed. Brutal facts with few details. There are conflicting stories from the police and what the family saw as evidence at the scene.

The police officer who came after midnight to do a wellness check was pounding on her door to wake her up. Police had been sent to check on her because of concerns she was being harassed.

Imagine being in your own apartment with someone banging on your door in the middle of the night. Police say she had a knife in her hand. Is it any wonder she had felt the need to protect herself, if that was the case?

The family fails to understand how a large police officer couldn’t fend off a smaller woman without shooting her, and why he had no ability to de-escalate the situation. There were no witnesses, so all we have is the police officer’s statement. No one can speak for Chantel. This just is not right. This is not acceptable by anyone’s standard. It is wrong. It should never have happened.

Many are crying out for justice for Chantel, but what does that look like?

First and foremost, the officer must face punishment. I am sure the investigator’s report will show wrongdoing, and he may face criminal charges, lose his job or face other disciplinary actions.

But most of all, justice for Chantel means that senseless shootings of Indigenous Peoples must stop and never happen again. We must change the way Canada does policing, as it obviously is not working.

Should we as Indigenous Peoples feel fear when we see a police officer? No, we should be able to look at them and feel protected, not wondering if they will shoot or beat us.

How did it come to this, and how can we change it?

As Indigenous people, we have to ask what it will take for us to have trust in the police again, or even a working relationship.

We also need to ask what are the alternatives are to the RCMP? How we can ensure mental health checks are done by people trained in responding, not police officers? What policies need to change to prevent more deaths, and what funding is required?

We must sit down immediately with Prime Minister Justin Trudeau, Public Safety Minister Bill Blair, Indigenous Services Minister Marc Miller and RCMP Commissioner Brenda Lucki and re-evaluate the role of police in responding to crisis situations. We must ensure officers are trained to de-escalate situations to avoid senseless killings.

For Indigenous Peoples, this is an act of self-determination. We must determine how we care for our communities and our people. And that must reflect and acknowledge the legacy of colonialism and the underfunding of education, housing, health and economic development in our communities.

Indigenous Peoples must be involved in this re-evaluation to change policing in the communities we live in. We must re-examine the First Nations Policing Program and invest in self-administered Indigenous alternatives. We must also stress the importance of investment in economic and social programs for on and off-reserve members.

Chantel would not have died if the officer knew how to approach a single woman’s door respectfully, without arms and violence, in the middle of the night. Rodney Levi would still be alive if the officers knew how to deal with someone who was having a mental health crisis. These are things we can’t take back, but things we can change in the future to prevent other Indigenous Peoples from meeting the same fate.

At the foundation of this police violence is colonialism. Chantel and Rodney’s deaths occurred during the same week we saw the senseless beatings of Chief Allan Adam and a Dene man, Benjamin Manuel, in Yellowknife. Since April, at least five Indigenous people have been killed by police. Chantel Moore. Rodney Levi. Eishia Hudson. Jason Collins. Stewart Kevin Andrews.

Another Indigenous man, Everett Patrick, died in police custody. Regis Korchinski-Paquet, a Black-Indigenous woman, fell to her death from her balcony while police were in her home. Her death is being investigated to see if and how police were involved.

This is not including the investigations of police violence in Nunavut.

We ask all Canadians to support Indigenous Peoples and demand action from the Canadian and provincial governments in policing. We must make our homes and communities safe and not have to fear police violence.

We are at a turning point. We must recognize this violence as a problem and work together as nations to say enough is enough. Not one more life. Systemic racism in Canada exists because of colonialism and the goal of “getting rid of the Indian.”

Many things have changed in our relationship with government, but policing has not. From suppressing our culture and ceremonies during the potlatch ban to implementing laws that tried to get rid of us, our relationship with the RCMP has been violent since the outset. It is time for the federal, provincial and municipal governments to recognize systemic racism in policing and take immediate action with Indigenous Peoples to address it.

When I say a nation mourns, I don’t just mean Tla-o-qui-aht, Nuu-chah-nulth or other Indigenous nations. I include Canada and other nations across the globe, as this news has reverberated aroun

Now the work begins, so the Chantels of the world no longer lose their lives senselessly at the hands of police.

Judith Sayers  (Kekinusuqs) is from the Hupacasath First Nation in Port Alberni, B.C. She is president of the Nuu-chah-nulth Tribal Council.