Anti-Indigenous racism is woven into fabric of Canadian society, report finds, adding we all must look at systems Various Indigenous and non-Indigenous people gathered in Surrey in February to talk about lived experiences with racism, how it impacts the Indigenous community, and how to solve it. (Courtesy Skookum Lab)

SURREY (NEWS 1130) – A new report out of Surrey is revealing just how often urban Indigenous people face acts of discrimination.

In February, 43 Indigenous and non-Indigenous people met to talk about lived experiences with racism, how it impacts the Indigenous community, and how to solve it.

Many of the participants in the two-day event in Surrey said they feel invisible, sharing words and attitudes they face on a daily basis like “knowing nothing”, “on welfare”, “lazy”, “violent”, and “not good mothers.”

“Participants shared these painful and common experiences,” the report reads. “They conveyed how anti-Indigenous racism is rooted in societal beliefs that Indigenous peoples are inferior, impoverished, and inadequate.”

The report by Skookum Lab — an innovation initiative by the Surrey Urban Indigenous Leadership Committee to tackle the issue of Indigenous child and youth poverty, which exist at very high levels in Surrey — was made public this week. It reveals how acts of racism are “part of the lived experience of urban Indigenous peoples in Surrey.” 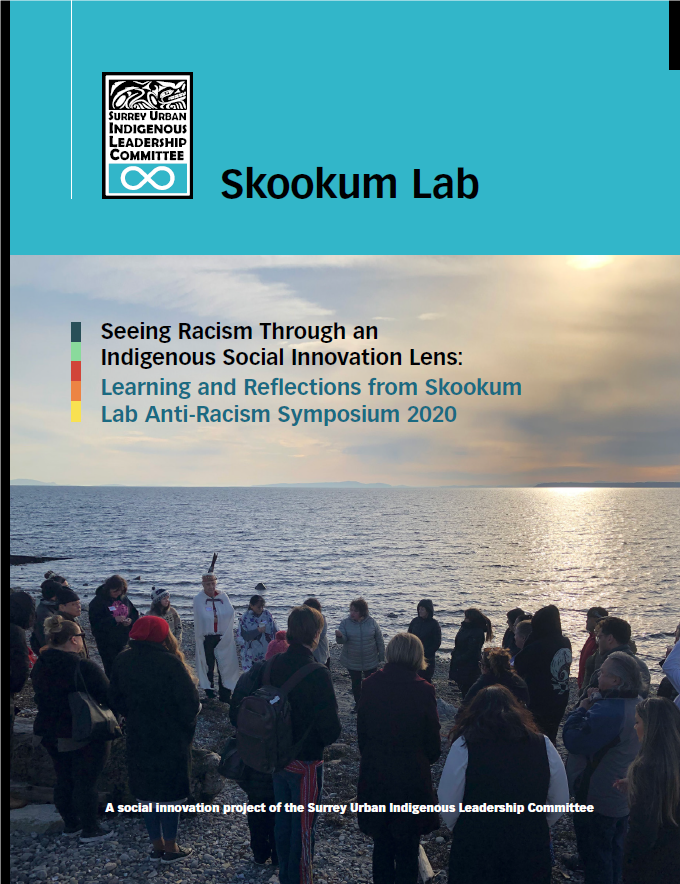 “Some participants, with perspectives on Indigenous health and wellness, were concerned about the ’embodied forms of racism’ revealed in the addiction, intergenerational trauma, homelessness, mental health concerns and diabetes that Indigenous people disproportionately suffer from in Surrey,” the report notes. “A lack of appreciation for Indigenous knowledge and cultural wisdom (epistemic racism) was also mentioned numerous times.”

It adds the anti-racism discussions were “a chance to acknowledge that racism exists in multiple forms, happens everyday, and has profound and painful consequences.”

The report concludes anti-Indigenous racism is woven into the fabric of Canadian society, and that we all have to take a critical and uncomfortable look at the systems that allow it to exist.

“Importantly, racism is part of the problem that keeps Indigenous children and youth at a socio-economic disadvantage compared to non-Indigenous peers.”