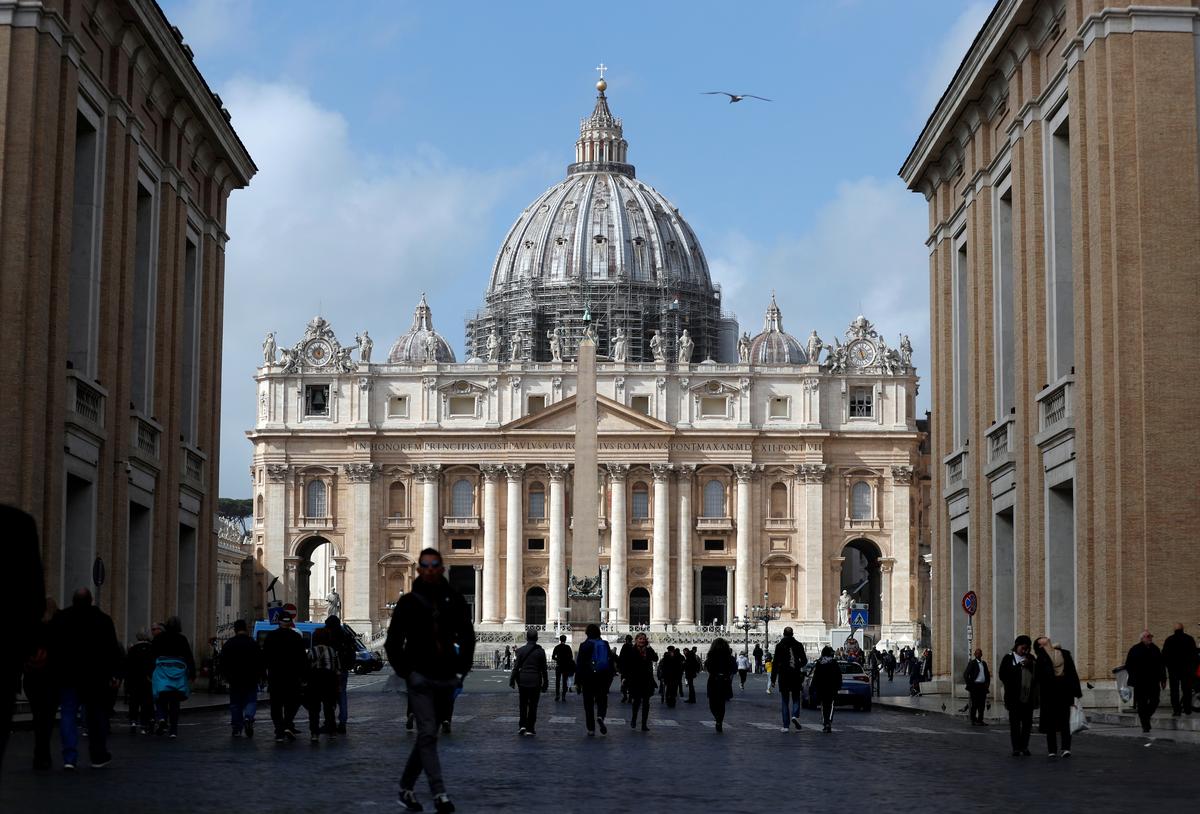 FILE PHOTO: People walk on St. Peter’s Square after the Vatican reports its first case of coronavirus, at the Vatican, March 6, 2020. REUTERS/Yara Nardi

VATICAN CITY (Reuters) – The Vatican urged Catholics on Thursday to disinvest from the armaments and fossil fuel industries and to closely monitor companies in sectors such as mining to check if they are damaging the environment.

The calls were contained in a 225-page manual for church leaders and workers to mark the fifth anniversary of Pope Francis’ landmark encyclical “Laudato Si” (Praised Be) on the need to protect nature, life and defenseless people.

The compendium suggests practical steps to achieve the goals of the encyclical, which strongly supported agreements to contain global warming and warned against the dangers of climate change.

The manual’s section on finance said people “could favor positive changes … by excluding from their investments companies that do not satisfy certain parameters.” It listed these as respect for human rights, bans on child labor and protection of the environment.

Called ‘Journeying Towards Care For Our Common Home’, one action point called on Catholics to shun “shun companies that are harmful to human or social ecology, such as abortion and armaments, and to the environment, such as fossil fuels”.

Another section called for the “stringent monitoring” of extraction industries in areas with fragile ecosystems to prevent air, soil and water contamination.

Last month, more that 40 faith organizations from around the world, more than half of them Catholic, pledged to divest from fossil fuel companies.

The Vatican bank has said it does not invest in fossil fuels and many Catholic dioceses and educational institutions around the world have taken similar positions.

The document urges Catholics to defend the rights of local populations to have a say in whether their lands can be used for oil or mineral extraction and the right to take strong stands against companies that cause environmental disasters or over-exploit natural resources such as forests.