Let the discussion, and your suggestions for a new name, begin. 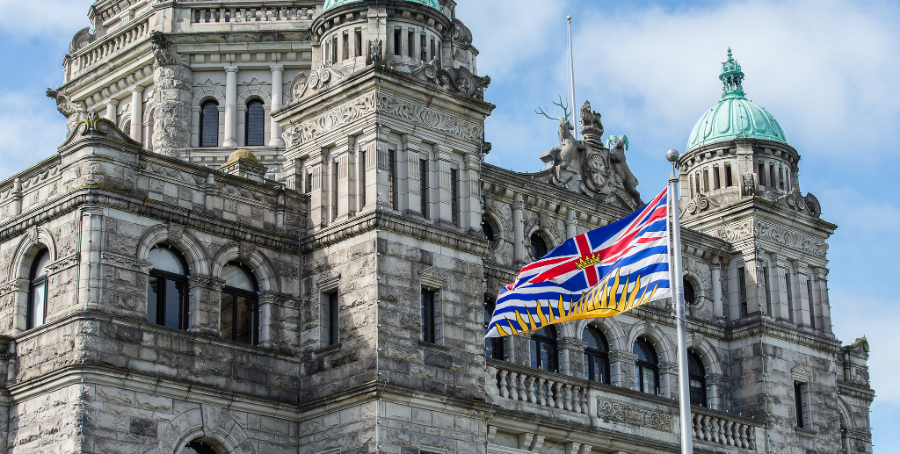 The BC Parliament Buildings in Victoria. If you could rebrand the province, what would you prefer it be called?

Is it time to change the name of Canada’s westernmost province to something other than British Columbia?

The name fails to acknowledge the Indigenous Peoples here before Europeans arrived, implicitly honours England’s racist colonizers, and explicitly lionizes Christopher Columbus. If ever there was a moment to rebrand, it is now.

Part of the shock and awe since the death of George Floyd has been the toppling of statues by crowds of protesters and the abrupt change of names of streets and even school districts.

The technical term for this is “iconoclasm,” literally the breaking of idols. It’s a common chore for conquerors; the Spanish not only shattered the Aztecs’ idols, they built cathedrals on the sites of their temples. The intent, of course, is to de-legitimize the old beliefs and values, and to impose new ones.

In recent years, many Canadians and Americans have begun to realize that their icons may not deserve all the worship they’ve received. Columbus’s first thought on meeting the gentle people of the Caribbean islands was that they would make good slaves; in the next century, 90 per cent of the Indigenous Peoples of the Americas died of European diseases. Sir John A. MacDonald was not just a roguish drunk who created Canada; he was a chief architect of the deliberate destruction of the First Nations by destroying their children in residential schools. Which is why Victoria, B.C. took down his statue in front of city hall two years ago.

None of this was taught in North American schools or portrayed in North American media. The narrative was always the settler winning of the west, not Indigenous loss of homes and people. The winners got statues and streets and schools named after them. The losers were relegated, at best to “noble savage” status; at worst, to duty as slaves with very short life expectancies.

Names, monuments and emblems are instruments of meaning-making in service of establishing authority and allegiance to a shared identity. In religion, an idol gives the worshipper a visual focus, something to venerate. The Abrahamic religions — Judaism, Christianity and Islam — all worry that the idol may supplant the deity, and some of their believers resist using any images at all. Others accept images as good marketing. Catholicism inspired astounding artistic successes through the depiction of Jesus, Mary and countless saints. Eastern Orthodox Christianity developed the icon as another kind of religious image, with comparable success.

Taking their cue from religion, countless governments have commissioned paintings and sculptures of secular heroes and symbolic images that (in the governments’ view) deserve similar regard. They lend legitimacy and give the people a sense of who they are. In the Mexico City earthquake of 1957, the gilded statue of the Angel of Independence toppled to the base of its column and triggered national anxiety. The symbolism was just too obvious.

As we have seen with the fall of the Soviet Union in 1991, and the staggering of the West in 2020, the symbols of past glory are the first to go. The great ones cast in bronze fall to the pavement; their pillars await the symbols of the new order.

Of course it shocks and appalls those who prospered in the old order. Russia is full of old Stalinists and America’s southern states are full of white men named Robert E. Lee. When the monuments fall, such people feel their identities threatened by upstarts’ rewriting of history. They rarely reflect that they themselves did the same.

The current wave of iconoclasm could become a tsunami, washing away much of 500 years of domination by European white men. The toppling of Confederate president Jefferson Davis is serious enough, but mostly for Southern whites; what about the removal of statues of Christopher Columbus himself?

Pursue that overthrow, and what are we to call the district surrounding Washington? Should Colombia change its name? What about Columbia University? What about British Columbia? What’s the name of our province if we are no longer British, and Columbus is anathema? And who will choose the new names? And while we’re at it, would the flag, with its references to the Union Jack and British Crown get a re-do, too?

Many place names deserve to stay simply because their colonial origins are forgotten, and it would be too much trouble to choose new ones. But many of the colonizers might well be removed from their columns and replaced with statues of those who helped to make us what we are today — both Indigenous and settlers. Which ones to select should provoke some lively debate and much-needed exploration of our history.

Let’s have that discussion right here. In the comments below, tell us how you feel about keeping or changing the name British Columbia, and what the province should call itself instead.