U.S. actions against ICC staff involved in Afghanistan probe, including Canadians, are irresponsible 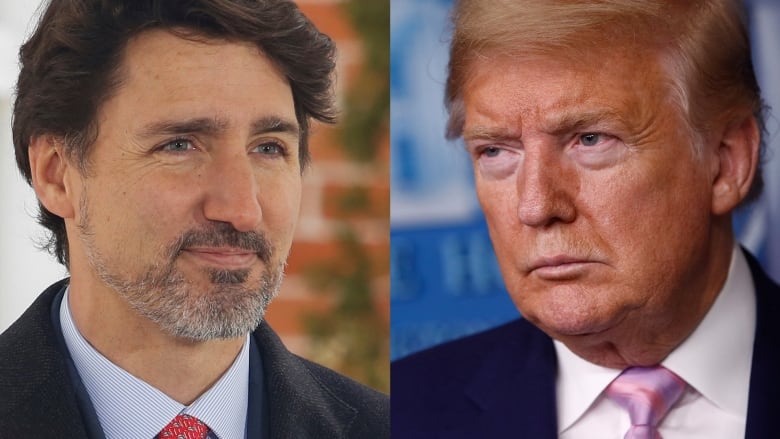 Washington has long opposed its citizens being investigated for alleged war crimes and crimes against humanity by international tribunals. But the decision of President Donald Trump to issue an executive order authorizing economic sanctions against staff at the International Criminal Court (ICC) is a reckless and irresponsible escalation that deserves a strong response.

This is no longer just a political tiff between Washington and The Hague-based Court. Canadians are being targeted with coercive measures in an act of outright hostility towards civil servants and diplomats.

The Canadian government must stand up to defend them.

Since the ICC’s creation, its relationship with the U.S. has been tumultuous. President Bill Clinton signed the Rome Statute of the ICC, but his successor George Bush “unsigned” it. The U.S. has never come close to becoming an ICC member state.

No American administration has ever accepted that the Court should be an independent institution, free from the political prerogatives of powerful states and the United Nations Security Council. This position has often translated into active hostility towards the ICC, with pressure exerted on states not to cooperate with the Court.

Even during the most productive years in the ICC-U.S. relationship, those under former President Barack Obama, the U.S. did not accept that the ICC could have jurisdiction over American citizens, and its support for the Court was piecemeal.

The relationship has reached new levels of toxicity under Trump.

In response to the ICC’s courage in standing up to U.S. bullying and investigating the alleged crimes of powerful states, Trump rolled out notoriously anti-ICC firebrand John Bolton in September 2018 to declare that the ICC was “dead” to the United States.

In April 2019, Secretary of State Mike Pompeo threatened sanctions against ICC staff, including chief Prosecutor Fatou Bensouda whose U.S. visa he revoked. He added Canadian Sam Sasan Shoamanesh, Chef de Cabinet to the Prosecutor of the International Criminal Court, as a possible target this past April.

Now Washington has taken issue, to put it lightly, with the ICC’s recent decision to open an investigation into alleged war crimes and crimes against humanity committed in Afghanistan, including by American armed forces and the Central Intelligence Agency. For the first time in history, accusations of atrocities committed by U.S. citizens abroad are being investigated by an international tribunal.

In response, the Trump administration has reacted bombastically, with Pompeo last week calling the ICC a “kangaroo court,” among other pejorative terms.

Aggravating Washington further has been the potential opening of an ICC investigation into allegations of international crimes committed in Palestine by Hamas as well as Israeli forces. On May 15, the Trump administration ominously threatened “consequences” if the Court proceeded with an official investigation.

Now Trump has put his money where his mouth is. On June 11, Pompeo singled out ICC staff members and their families with the threat of sanctions.

The result is unprecedented: along with their international colleagues, Canadians will face sanctions – asset freezes and travel bans – for their efforts to bring justice and accountability by investigating allegations of atrocities.

Think about that: sanctions, a tool designed to punish human rights violators, will now be used to thwart the work of human rights advocates.

Several dozen Canadians work at the ICC, many holding esteemed positions. Targets of U.S. sanctions may include, among others, ICC Deputy Prosecutor James Stewart who worked for more than 30 years as a former Crown Counsel, and Kimberly Prost, a current judge at the Court who was a member of the Appeals Chamber that authorized an investigation into crimes committed in Afghanistan.

Sanctions could also affect Canadian lawyers and activists who work on or support the investigation, as well as victims and survivors of torture in Afghanistan who provide testimony.

Member-states of the ICC, especially those in Europe, have periodically responded to the Trump administration’s anti-ICC tantrums with public statements of support for the Court. A number have spoken up in recent days.

Fearing for its interests and economic relationship with Washington, Ottawa has been far more muted. Despite encouragement by senior political figures to speak up and defend the Court and its personnel, the Canadian government has declined to admonish the U.S. administration’s disparaging rhetoric and threats towards the Court and its staff.

Nobody who is committed to the indiscriminate pursuit of international justice – accountability that does not curry favour among the powerful and target the weak – can legitimately argue that victims of atrocities don’t deserve justice. And the Trump administration’s vitriolic anti-ICC rants do little but add credence to those who believe the Court is doing the right thing by investigating.

But let it be clear: one does not have to support the ICC’s actions to know that the threat and issuance of sanctions against Canadian civil servants crosses the line. The Canadian government must stand up for them.

Anything less would be a demonstration of cowardice.

The government, and Prime Minister Justin Trudeau in particular, have gone to great lengths to avoid criticizing President Trump. However, they also regularly tout their commitment and contribution to human rights, and to a principled foreign policy. That means precisely nothing if the government won’t stand up for its own citizens – and for a court that it helped establish.

Mark Kersten is a senior consultant at the Wayamo Foundation and a senior researcher at the Munk School of Global Affairs and Public Policy. He is the author of the book and blog ‘Justice in Conflict.’