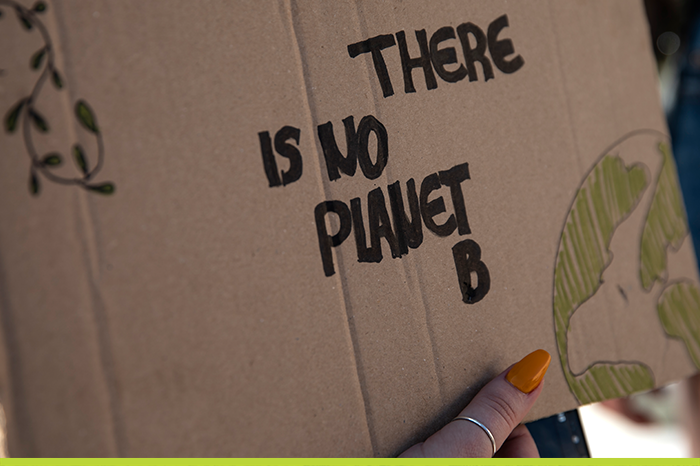 ENVIRONMENTAL JUSTICE ON THE RISE — Unrest over police brutality, combined with the disproportionate impact of Covid-19 on African Americans, Latinos and other minorities, has swiftly turned into a broader national reckoning over structural racism. That has elevated the perspectives of the environmental justice movement, a network of grassroots activists who push for climate change and sustainability policies that prioritize communities of color, which are exposed to greater levels of pollution and therefore are at greater risk of dying from the pandemic.

Out of balance: The amount of air pollution you create depends a lot on what you buy — bigger cars or more stuff means a heavier environmental footprint. But how much pollution you breathe in depends mainly on where you live and how close you are to things like highways or factories. That drives racial disparities, according to a 2019 study that compared consumption and housing patterns across different demographic groups. Discriminatory housing policies like redlining have historically pushed minorities to live in more polluted areas. The findings underscore disparities environmental justice campaigners are trying to address.

“We have been making recommendations for 20 to 30 years,” said Peggy Shepard, co-founder and executive director of We ACT for Environmental Justice. She also is an executive committee member of the National Black Environmental Justice Network, which officially relaunched on Monday for the first time since 2006 to address the simultaneous economic, health and environmental crises harming black Americans.

For most of that time, environmental justice activists received lip service at best from politicians and larger green groups. But that has changed in recent years, aided by proposals like the “Green New Deal” that sought to address racial and economic injustice in conjunction with rapid reductions in greenhouse gas emissions. Now, attention to their cause is at an all-time high, as politicians, celebrities, business leaders and everyday white people begin to acknowledge the disparities that still exist in America.

“We are glad that the lid finally popped off,” said Michele Roberts, national co-coordinator of the Environmental Justice Health Alliance. “I have never been so busy. Normally, we are chasing down reporters. Now, we are being asked what this is all about.”

Roberts added that corporate commitments to address climate change weren’t enough. “As much as we appreciated the commitment of the corporate sector to the Paris accord, that doesn’t do anything for our communities,” she said. “It’s a nice business plan … but doesn’t provide what our communities need to close health disparities and reduce emissions in specific communities. Everyone was happy with a market-based system, but we’ve got to go beyond the market to be moral.”

EYEING THE ELECTION — It remains to be seen whether this new enthusiasm translates into policy victories. Roberts said she was encouraged to see the House-passed HEROES Act included $1.5 billion to help low-income households cover their water bills and a $50 million grant program aimed at addressing environmental problems in communities of color. Democratic Reps. Don McEachin of Virginia and Raúl Grijalva of Arizona, who unveiled sweeping environmental justice legislation last year, pushed to include that language in the stimulus bill, but its prospects in the Senate are unclear.

Advocates see the presidential race as their biggest chance to make inroads, and they are pushing presumptive Democratic nominee Joe Biden to expand on his $1.7 trillion climate plan, which was not well received by progressives during the primary. Biden formed a task force to recommend new climate policies that includes lawmakers like McEachin, along with activists and policy experts, who work on environmental justice.

Reality Check: Meanwhile, the Trump administration has furthered its rollback of environmental regulations by temporarily allowing companies to put off some pollution monitoring checks during the pandemic, prompting a lawsuit by eight states. If Trump wins in November, Shepard acknowledged that the road ahead would be rocky. “We would have opportunities if Democrats win the Senate. Otherwise, it’s going to be tough. We’ll try to hold the line on environmental rollbacks, which we expect more of.”

Welcome to The Long Game! Be sure to catch up on last week’s issue, devoted to the lack of diversity in corporate America, in case you missed it. We want to know what you think and what we’re missing. We won’t take anything personally, promise. Send tips, critiques and all your sustainability questions — and answers — to cboudreau@politico.com and njuliano@politico.com. Find us on Twitter @ceboudreau and @nickjuliano. Did someone forward this to you? Subscribe here!

Last week, we asked if you had witnessed or personally experienced racism in the workplace. Most of you asked to remain anonymous, including an employee at The Nature Conservancy who said that, as a person of color, they are paid less than their white counterparts but expected to do the same work — a common occurrence throughout the organization, according to the writer. Robert Polk of Henderson, Nev., said he resigned from his kitchen manager job after the restaurant owner refused to hire black staff. Rebecca Taddeo, of Bloomfield, N.J., shared a similar experience while working in law offices, restaurants and retail. “I was told that if a black person submitted his or her résumé … I was to immediately throw it in the trash,” she said.

This week, we want to know: How do we make sure marginalized communities are prioritized when lawmakers and activists push for climate action? Some say oil, gas and coal companies should pay fees to be set aside for resiliency in low-income areas. Others say air and water permitting processes should be more accessible and transparent. Tell us your ideas and we may share them next week.

JOIN TOMORROW AT 4 p.m. ET – WOMEN AND COVID-19, SMALL BUSINESS OWNERS IN CRISIS PART III: WOMEN RULE INTERVIEW WITH PADMA LAKSHMI: The coronavirus pandemic has transformed the food industry and the experience of dining out, potentially forever. Join Women Rule editorial director Anna Palmer for a virtual interview with Padma Lakshmi, host of “Top Chef”, to discuss the inspiration behind her new series, ‘Taste The Nation’, as well as the devastating impact of Covid-19 on women chefs and restaurant owners, and how food has the power to connect Americans to their community. REGISTER HERE.

WHERE THERE’S NO WATER — Inadequate access to running water and indoor plumbing remains a problem in parts of the U.S.. according to a recent report from the U.S. Water Alliance, a coalition of utilities, public officials, environmental groups and businesses. The problem is especially severe among Native American communities, where nearly 6 percent of households lack access to “complete plumbing,” which the report defines as having access to “hot and cold running water, a bathtub or shower, a sink with a faucet, or a flush toilet.”

— POLITICO’s Annie Snider talked to some top experts Monday about the importance of diversity to address access challenges, as part of a panel discussion on the future of water policy. “I think the history of water management in this country is that we haven’t had the right people at the table, and so we continue to have suboptimal outcomes, whether it comes to COVID-19 recovery, drought management, how do we deal with flooding, emerging contaminants,” said Radhika Fox, CEO of the US Water Alliance. “And so if we’re going to get the future of water right, we have to have more inclusive and diverse tables.” Watch the whole in-depth conversation.

PAY UP — Environmental justice advocates in California have long criticized the state’s cap-and-trade programs for letting businesses buy their way out of trouble, but they are supporting changes being considered in response to the pandemic. The program hasn’t forced many reductions, in part because of a generously set emissions cap, but it serves as the backstop accounting mechanism that ensures California meets its 2030 goal. The program also raises billions of dollars in annual revenue, but that money began to dry up when the economy shut down this spring.

The Legislature is considering ordering regulators to consider increasing the price or reducing the supply of carbon dioxide credits based on demand. The proposal is opposed by groups like the California Chamber of Commerce, which says it would increase costs for businesses. But environmental justice advocates say it could spur the types of investments and pollution reductions their communities need. Katie Valenzuela, policy and political director of the California Environmental Justice Alliance, said she supports the proposal but would prefer to see more aggressive regulations put in place. “Big picture, we’ve always banged the drum for something more direct and something that we can have assurance won’t harm environmental justice communities,” she said.

— California’s top air and climate regulator faced criticism from some black lawmakers earlier this month after she tried to draw a parallel between “I can’t breathe” and air pollution’s disproportionate effects on communities of color. Air Resources Board Chair Mary Nichols deleted her tweet, but not before Assemblyman Jim Cooper — a moderate Democrat who frequently sides with business interests on climate issues — slammed the state’s distribution of clean-vehicle rebates to “coastal elitists” and called for her to step down.

PIPELINE PROTEST — Failure to consider the disproportionate health risks faced by minority communities has proved to be a stumbling block for new pipelines in recent years. Case in point: Environmental justice considerations are keeping the Atlantic Coast Pipeline on hold, despite a big win for the project’s developers in the Supreme Court on Monday.

The justices overturned a lower court ruling that had blocked construction of the pipeline across the Appalachian Trail, but the case did not address other shortcomings that have delayed the project. For example, the 4th Circuit Court of Appeals in January threw out state air quality permits after finding that state regulators had failed to consider the health risks a natural gas compressor station would pose to residents in Union Hill, Va., a predominantly black community that was founded by freed slaves after the Civil War. The court ordered the Virginia Department of Environmental Quality to start again on the permits. A spokesperson for project sponsor Dominion Energy said the company has been working with the department on the process and has submitted a new report from a third-party consultant that found their proposal would have no disproportionate impact on environmental justice communities.

Climate flashpoint: Atlantic Coast is part of a larger debate over whether there is a role for natural gas in strategies to fight climate change. Dominion says the gas carried by the pipeline will correct supply shortages in places like Hampton Roads, Va., and eastern North Carolina and help replace dirtier coal-fired power plants as part of the utility’s plan to hit net-zero emissions by 2050. But green groups point to research showing that natural gas might become a stranded asset within 15 years because renewable energy like wind and solar will be the cheaper alternative.